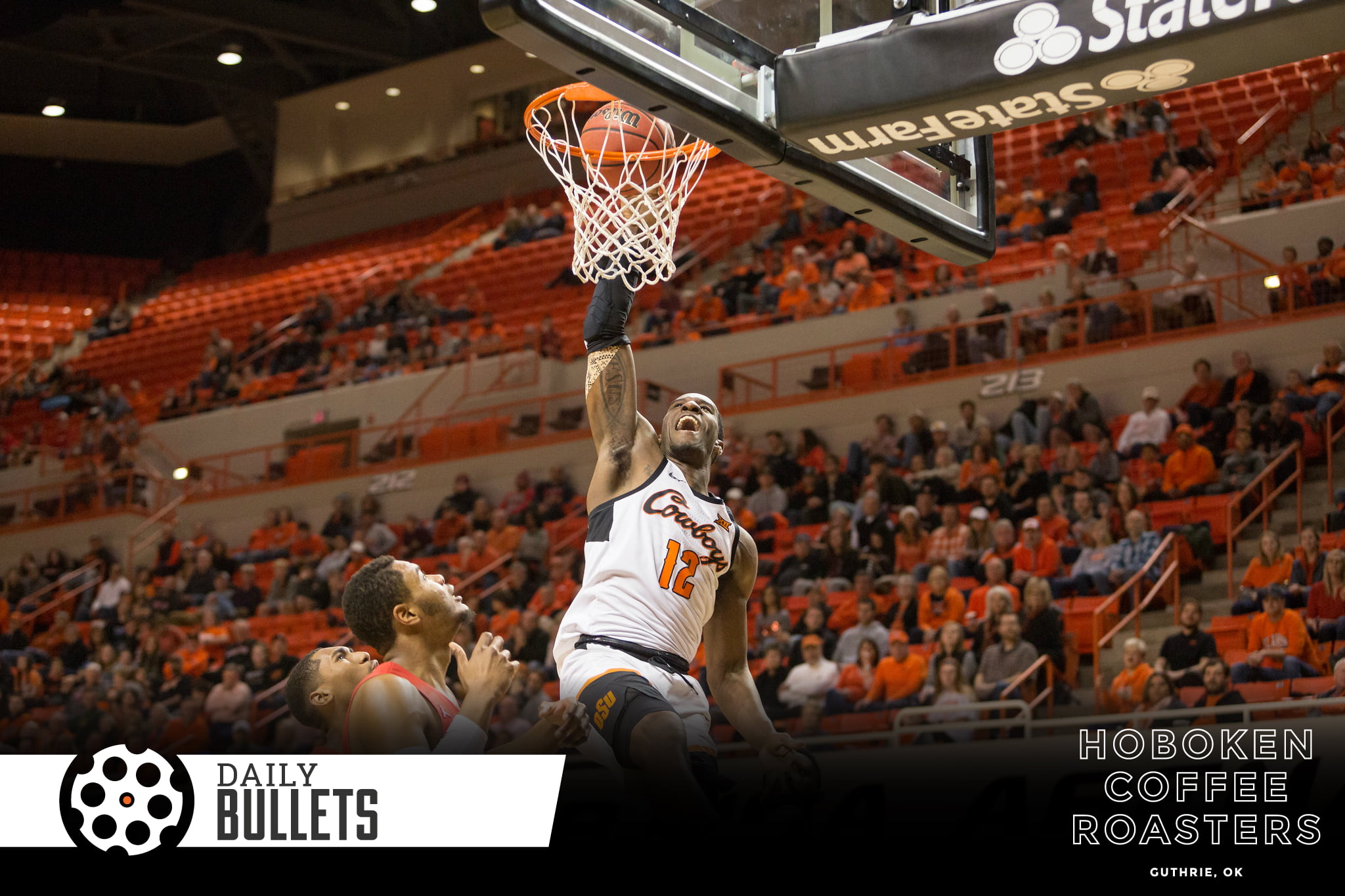 Merry Christmas to all. I loved this piece on The Great War and Charles Spurgeon’s writing on Christmas morn: As Spurgeon heralded, “The swaddling band with which he was wrapped up was the white flag of peace. That manger was the place where the treaty was signed.”

• John Helsley wrote about the silliness of recruiting rankings this week.

But go ahead, if you’ve stuck around to the end here, rant on about recruiting rankings if you must be silly. Yet here’s the deal: recruiting rankings, for the most part, are guesswork. And pure fantasy, disguised as real analytical evaluation when it’s not. It’s not. Do yourself a favor and don’t take it so seriously. Not the rankings, anyway. The stories and the inside stuff, delivered here by Robert Allen, yes, a thousand times yes. [Go Pokes]

I guess it depends on what your goals are here. I get what Helsley is saying on an individual level, but the overall results are undeniable. You don’t win national titles recruiting like OSU is recruiting. Maybe that’s not the goal, though. Maybe it’s just to win a Big 12 title (or maybe less?).

Even the “bad” teams that have won the Big 12 have been out-recruiting OSU by a pretty significant margin (~10 spots) annually.

• Guerin Emig wrote about the Corn legacy this week. I legit have no idea how we’re going to look back on Corn, though I suspect the 3-6 Big 12 record will not be insignificant.

It was hard for fans to be patient, accustomed to Rudolph and 10-win seasons as they were. It was harder for them to accept the fact Cornelius couldn’t reach that level. I don’t know, I’d rather remember Cornelius for aspiring to get there than failing to do so. I’d rather remember him for his school Bedlam-record 501 passing yards and all of the throws he did make that day at Owen Field. Not the little rollout toss he didn’t. [Tulsa World]

• Berry Tramel’s Christmas tales are always fun, and this one on Cam McGriff is terrific.

The sophomore would go back, both his junior and senior years. He hasn’t been able to go back since; college sports get in the way. But he wants to revive that Christmas tradition in Dallas when he’s through with university days. “Giving back to other families … the less fortunate in Dallas,” he said. “That’s what reminds me of Christmas. Just making other people’s day. That’s the most joy you could get out of Christmas.”

Sounds like the right spirit was instilled early in Cam McGriff. [NewsOK]

“Hawaii was my first choice,” he joked. “Then they said Oklahoma State had come calling. It literally took me probably 10 minutes to look up Stillwater and Oklahoma, and it just seemed like a perfect fit. [NewsOK]

Just think, in an alternate world Tom Hutton could have succeeded Dru Brown as Hawaii’s most eligible football-playing bachelor.

• RA doesn’t think either of the two backup QBs are going to play in the Liberty Bowl (I agree), but he did set up the spring 2019 competition.

I don’t think anybody will be surprised that at quarterback both Spencer Sanders, the former Texas Gatorade Player of the Year at Denton Ryan looked strong and confident in his reps and the same could be said for Hawaii graduate transfer Dru Brown, who was probably very surprised that he did not play at all this season.

Sanders is surprised as well. The two likely won’t play in the bowl game, but a huge competition for the starting role for next season is about to break out in spring ball. Check that, it has been ongoing already. Just by sight, with his bigger frame and obvious athleticism, Sanders is more impressive. Results, and not visual impression will be the determining factor in that competition. [Go Pokes]

It’s Sanders’ job to lose for the next four years or at least until Gunnar gets assimilated into the program.

• Chris Carson, thorough NFL success is not a sentence I envisioned typing a few years ago. I thought he would be fine, maybe marginal. I certainly didn’t think he’d produce the first 1,000-yard season by a Poke since Tatum Bell.

I thought this nicely described the way most folks who see Carson feel about Carson.

“We get down to the goal line, there’s no doubt in our minds he’s going to get in,” Brown said. “That’s just the kind of guy he’s been. Doesn’t say much, very quiet. But, he goes about his business and guys don’t want to tackle him for four quarters.” [News Tribune]

• I finished the Book Thief this week. I thought it was good, but not life-changing. I’m also going to fall a handful of books short of my 25-book goal for 2018. Sad.

• I’m loving this conversation between Kara Swisher and Ezra Klein about the future of journalism. It’s been one of my favorite things I’ve listened to this month.