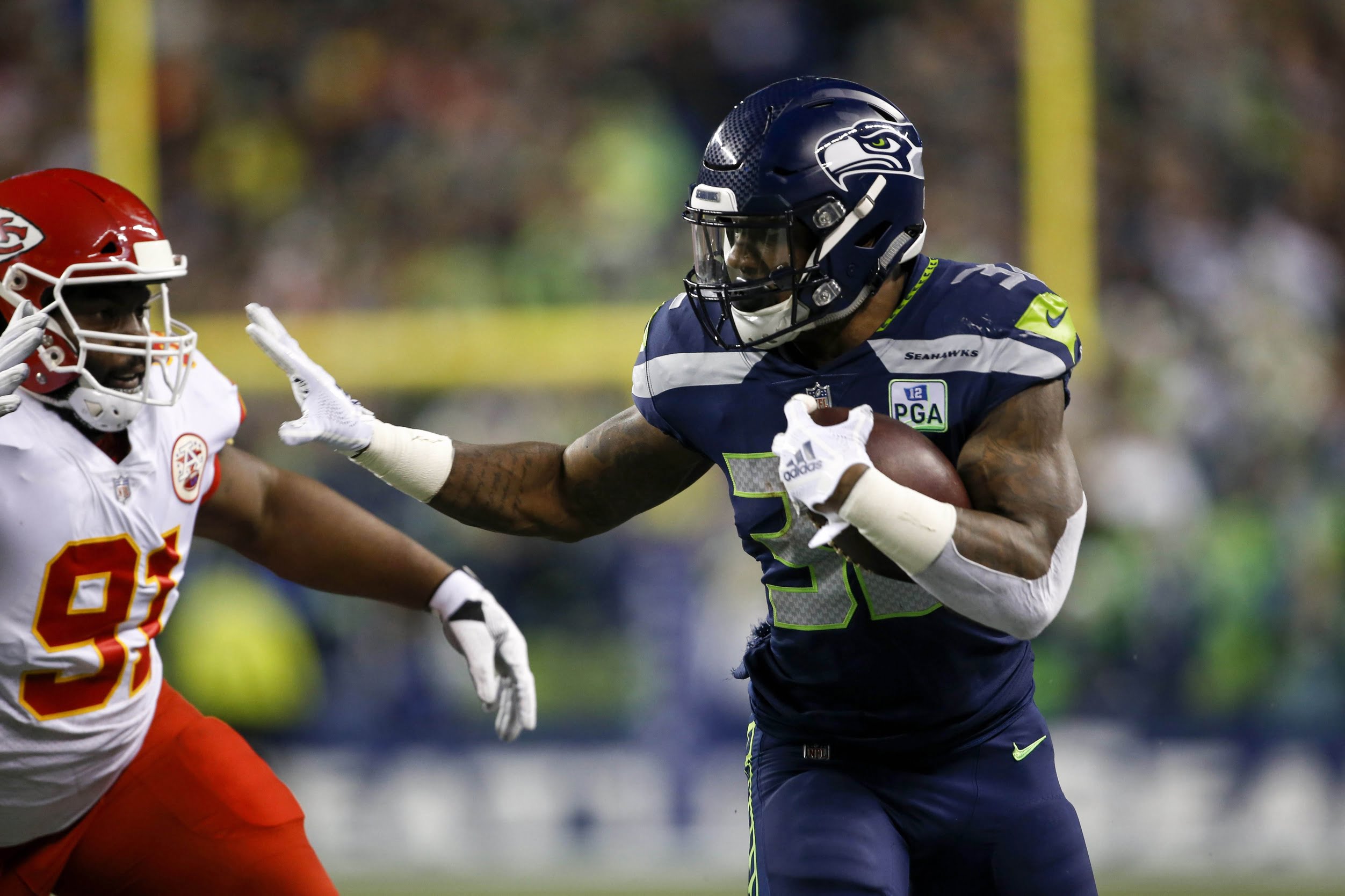 Several former Cowboys were in action during this holiday weekend. A couple made some big plays, and one made history. Let’s start off our NFL Update with him.

The Seahawks rode Chris Carson to a huge 38-31 win over the Kansas City Chiefs with 116 yards and two TDs on 27 carries. That pushes Carson to 1,029 rushing yards on the year making him the first Seattle rusher to reach the 1,000-yard mark since Marshawn Lynch in 2014. He’s also the first OSU alum to do it since Tatum Bell’s 2006 season.

Carson is in elite company in his sophomore season after his rookie year was shortened by injury. After 15 games, he’s a top 8 NFL running back in yards, attempts, rushing touchdowns and yards per game.

The Seahawks have now won five of six and that huge win over the Chiefs clinched their wildcard berth and punched Seattle’s ticket to the postseason. So we’ll get to see both Carson and his former OSU teammate Tre Flowers in the postseason.

The job of starting NFL cornerback is not the for the faint of heart — especially if you are a rookie who didn’t play the position in college. Tre Flowers drew the the tough task of covering his former teammate, one of the more explosive athletes in the world, Tyreek Hill.

Flowers held the dynamic speedster to a pedestrian (for him) four catches on his nine targets for 74 yards. Flowers finished the game with three total tackles and (for the second-straight week) a fumble recovery.

Washington Comes Back to Earth

A rookie, who has had an even tougher time adjusting to the NFL, is last year’s Biletnikoff winner James Washington. A week after a career game, the first-year wideout went 0-for-2 on passes thrown in his direction and the Steelers came up short 38-21 to the Saints.

E-Man Happy for the Win

Winning is not something that Emmanuel Ogbah has been able to grow accustomed to as a pro. During his first two seasons in the NFL his Browns have gone a combined 4-28. But his team is now at .500 on the year which is an accomplishment the whole team can take pride in — even if a big part of the thanks goes to that other Brown that played his college ball in Oklahoma.

Winning feels great! I missed it?

For his part, Ogbah grabbed three tackles during the Browns’ 26-18 win over the Bengals. The Browns earned their seventh win of the season — the most since 2014 — but will miss the postseason yet again.

Which brings us to…

Here’s a look at the former Pokes whose teams have either clinched a postseason ticket and who are still in the hunt heading into the final week of the NFL’s 2018 season.

• Blake Jarwin got the starting nod for the fourth time this season and grabbed two of three targets for 8 yards during the Cowboys’ 27-20 win over the Buccaneers.

• Lane Taylor was sidelined during the Packers’ 44-38 win over the Jets with a knee injury and did not return. His status is uncertain heading into the season finale against the Lions.

• Marcell Ateman saw reps during the Raiders’ 27-14 win over the Broncos but did not draw a target from Derek Carr.

• Dan Bailey went 2-for-2 and made all three extra-point attempts during the Vikings’ rout of the Lions.

• Chris Lacy was promoted to the Detroit’s 53-man active roster prior to the Lions’ 27-9 loss to the Vikings, but he did not see the field.

• Tyler Patmon was inactive for consecutive weeks as the Jaguars took down the Dolphins 17-7.