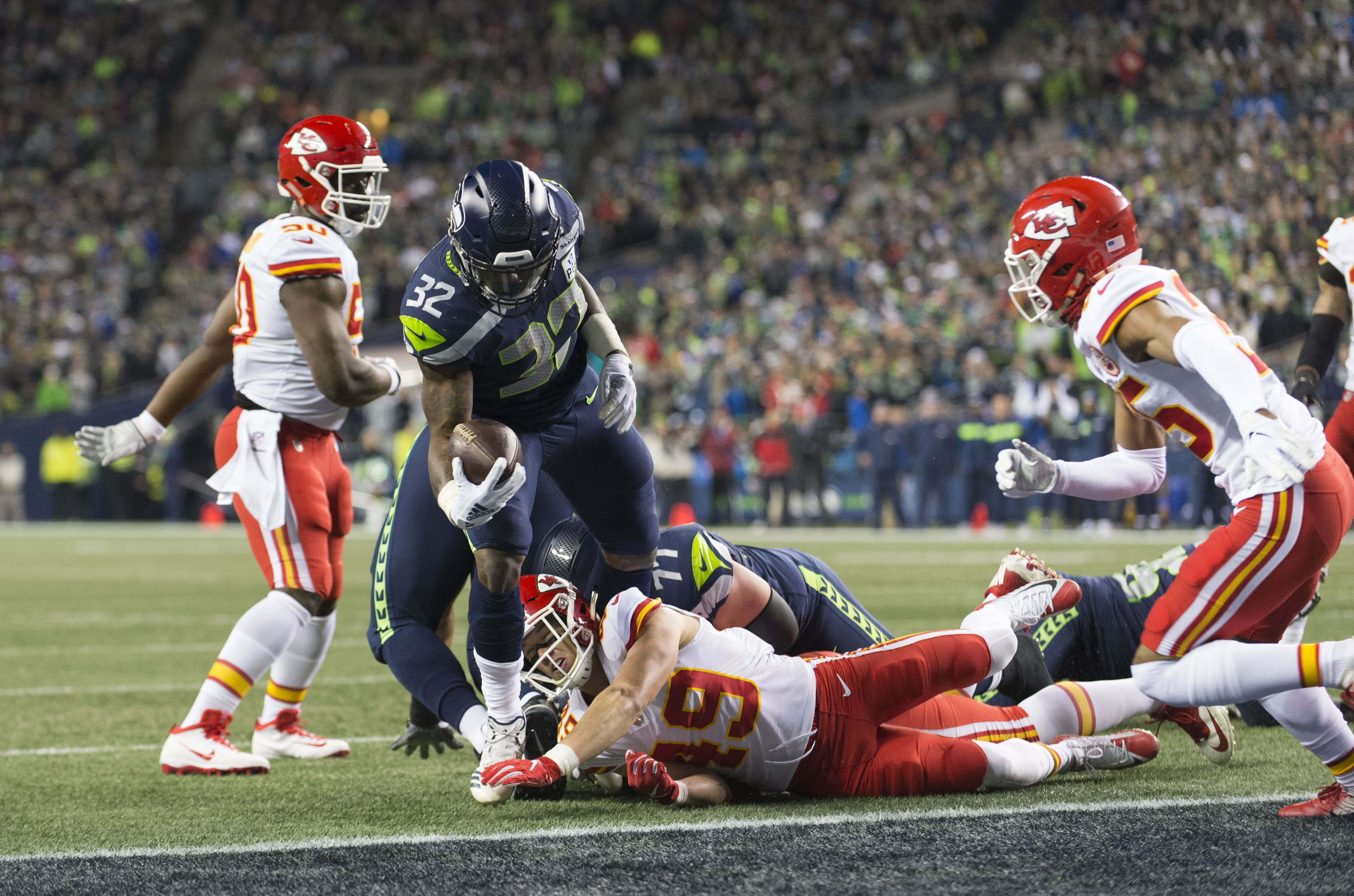 He joins the likes of Ezekiel Elliott, Todd Gurley and Saquon Barkley as one of only seven backs in the league who have reached four-digit rushing totals.

Here is what social media had to say about the second-year player’s incredible game and season:

we, as a nation, need to talk more about chris carson

Try to meet Chris Carson in the hole? What are you, crazy? pic.twitter.com/gV8ZRPNvn6

Chris Carson is a damn beast. What a season for the former #okstate running back. Not bad for a 7th round pick.

Chris Carson just fricking runs the ball like it was intended to be run. Angry, violent and with no regards to the shortening of one’s neck! I am a fan!

Running backs don’t matter until they do. No one in the league I’d rather give the ball to from 1 yard out than Chris Carson.

Doing 600 lb Squats lets you back down two grown men. Chris Carson is like a rolling anvil @ccarson_32 pic.twitter.com/TF05lrrqiR

Carson is the first OSU alumnus to reach 1,000 yards in a season since Tatum Bell did it in 2006 with the Denver Broncos. Additionally, the Tulsa World‘s Mark Cooper pointed out that Carson’s running total is the most productive rushing season for an OSU product since Barry Sanders’ 1,491-yard performance in 1998.

With last night’s victory, Carson and the Seahawks have clinched a spot in the postseason. They now prepare for their regular season finale against Arizona next Sunday at 3:25 p.m.