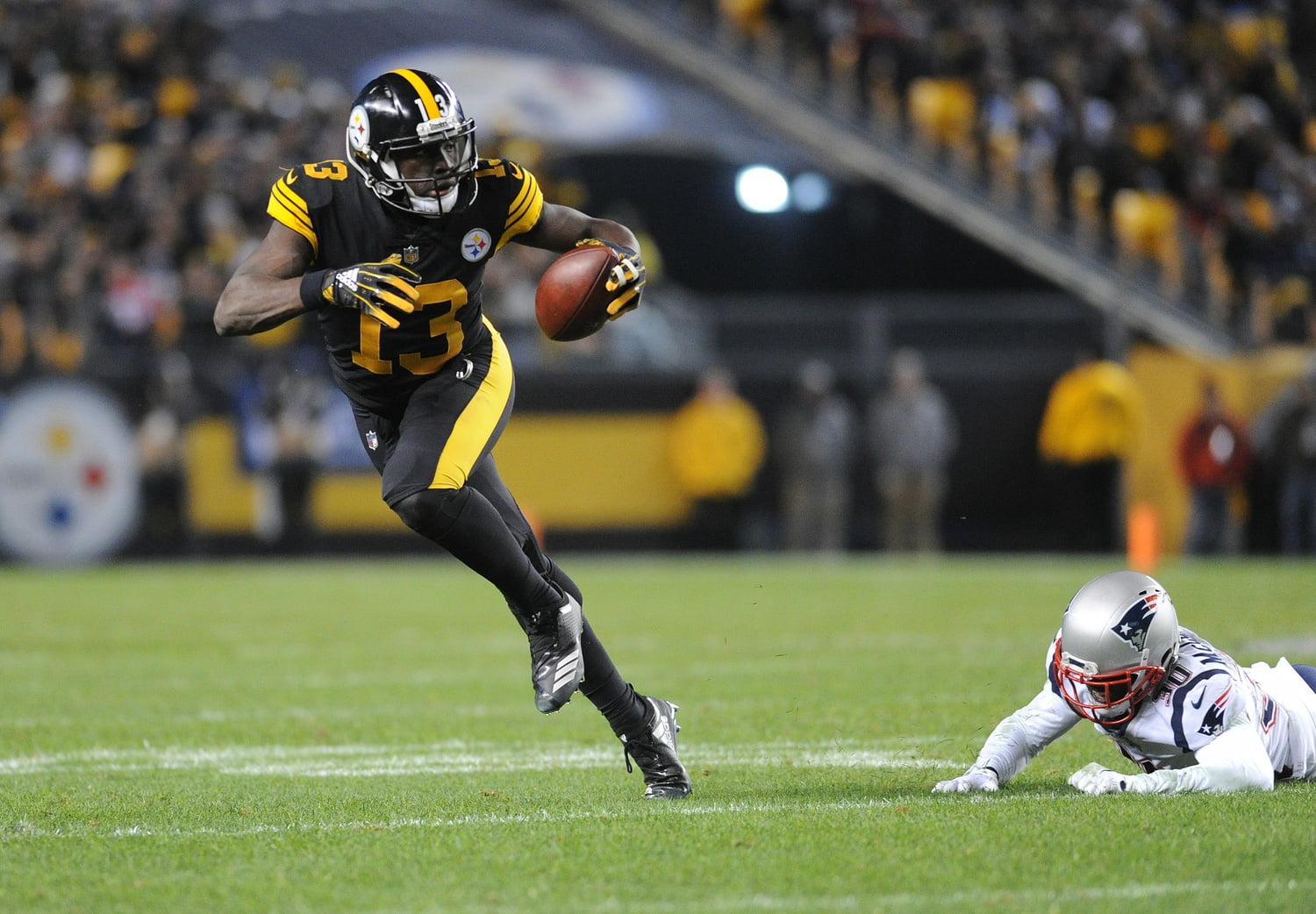 James Washington turned in the best game of his short NFL career including a big-time play for the second week in a row. And it came just when his team needed it the most.

The Pittsburgh Steelers ended a three-game skid on Sunday night, taking down the New England Patriots at home 17-10. On a night when their established stars struggled on offense — Ben Roethlisberger had as many INTs as TDs and Antonio Brown and JuJu Smith-Schuster combined for just eight catches on 17 targets — a pair of rookies led the way.

Washington was targeted just four times but caught three of them for a team-leading 65 yards, including this very James Washington 32-yard reception.

“…James Washington, as well,” said Roethlisberger after the game. “The plays that he made were just huge today for us, and big plays for us.”

Roethlisberger took a bit of heat for publicly calling out his rookie receiver after a missed sideline connection three weeks ago in Denver, say “he didn’t trust his hands.” Those mitts look pretty trustworthy to me.

But the future HOF quarterback says he’s been pleased with how Washington has responded since.

“I think James kind of answered the challenge,” Roethlisberger said. “He made some big plays for us today. He made a big play for us last week, even though we lost — people aren’t talking about that catch and lateral he had to make. That wasn’t easy.”

In case you missed it, Washington perfectly executed a hook-and-ladder that gave the Steelers a shot at the comeback win in Oakland last week.

James Washington redeemed himself today, if not for his early catch, it is this play here. Great grab by rounding off his stem and then coming through with the pitch. I am glad Washington at least rose to the occasion when they needed him most. #Steelers pic.twitter.com/C9e0GKOUpS

“I wouldn’t throw him the ball if I didn’t believe in him. So it looks like his confidence is coming back which is important.”

Washington wasn’t the only rookie with a big game. Jaylen Samuels, who started at running back for an injured James Conner, had his own career game with 142 yards rushing.

“I think about the young guys that had positive contributions,” said Pittsburgh head coach Mike Tomlin. “Guys like Jaylen [Samuels] and guys like James Washington. Can’t say enough about their contributions.”

Washington got things going early with this nice first half catch across the middle.

After he MOSSed Jason McCourty for 32 yards, he broke the veteran DB’s tackle, leaving him on the ground for another big play to extend the drive.

In a game that was tightly contested to the end and in which points were a premium, all three of Washington’s catches moved the chains for the Steelers.

“It felt good,” Washington said after the game. “I was able to make a play and help the team move down the field.”

Washington seems to be coming on at the right time. Despite that streak of three losses, this win keeps the Steelers just ahead of Baltimore atop the AFC North. With two games remaining — a road trip to New Orleans and a home finale against Cincinnati — we may just get to see what Washington can do in the postseason.