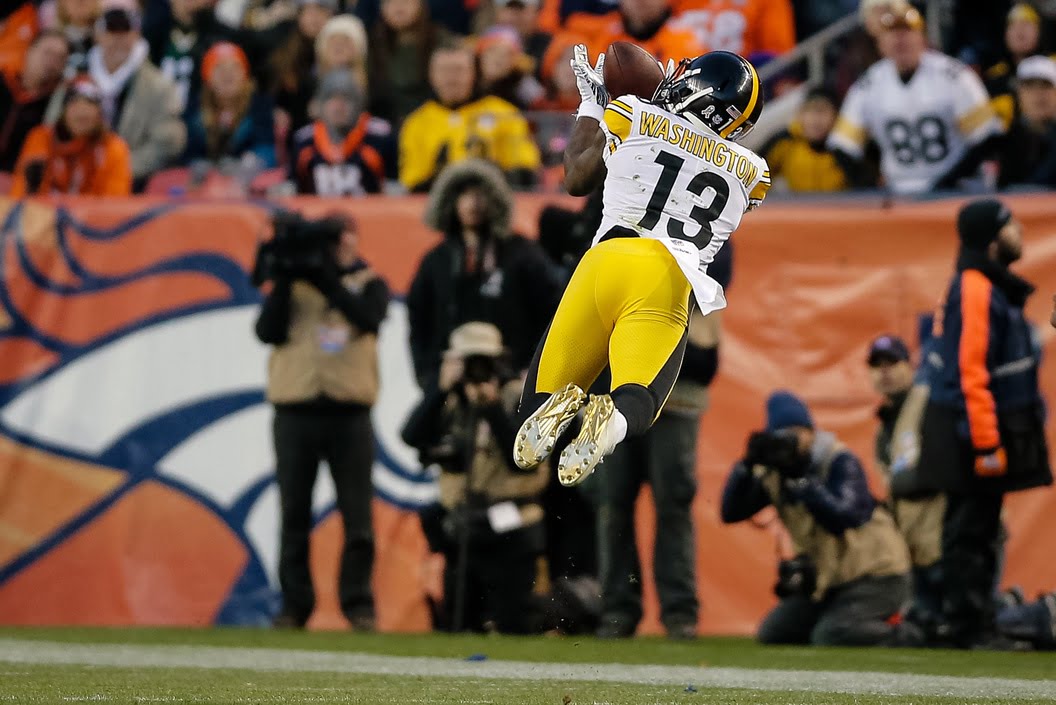 The Ben Roethlisberger to James Washington connection hasn’t been great this season, and Sunday the two had more troubles.

In the third quarter of the Steelers’ 24-17 loss to Denver, Roethlisberger threw a deep ball to Washington. Washington, clear of defenders, dove all of 5 yards, but when he hit ground, the ball squirted free.

I know a guy who can hit Washington between the numbers on deep balls. ? pic.twitter.com/ckCw6g1h7u

“He has to make it,” Roethlisberger said via the Pittsburgh Tribune Review. “I just think he didn’t trust his hands. For some reason, he jump/dove. I’m not really sure what he was doing. We look at it (on film), and coach got on him pretty good yesterday.

“We took a long, hard look at it. James needs to run through that, and it’s a touchdown.”

Running under deep balls was Washington’s M.O. while at Oklahoma State. His career 19.8 yards per reception in tops in OSU history, so it’s an interesting thought that Washington would misplay a deep ball.

It’s not the first time Roethlisberger has shown his rookie wide out some tough love. In late August, Roethlisberger told Washington to get out of a huddle after a mistake at practice. OSU fans will also remember Roethlisberger’s rough patches with rookie quarterback Mason Rudolph.

The Steelers are 7-3-1 after Sunday’s loss. For what it’s worth, Big Ben has thrown 12 interceptions this season, tied for second-most in the league, but he has also thrown for the second-most passing yards with 3,664.

Washington has only eight receptions on 25 targets this season for 77 yards and a touchdown. He ranks seventh in receiving yards for Pittsburgh behind JuJu Smith-Schuster, Antonio Brown, running back James Conner, two tight ends and second-year receiver Ryan Switzer.