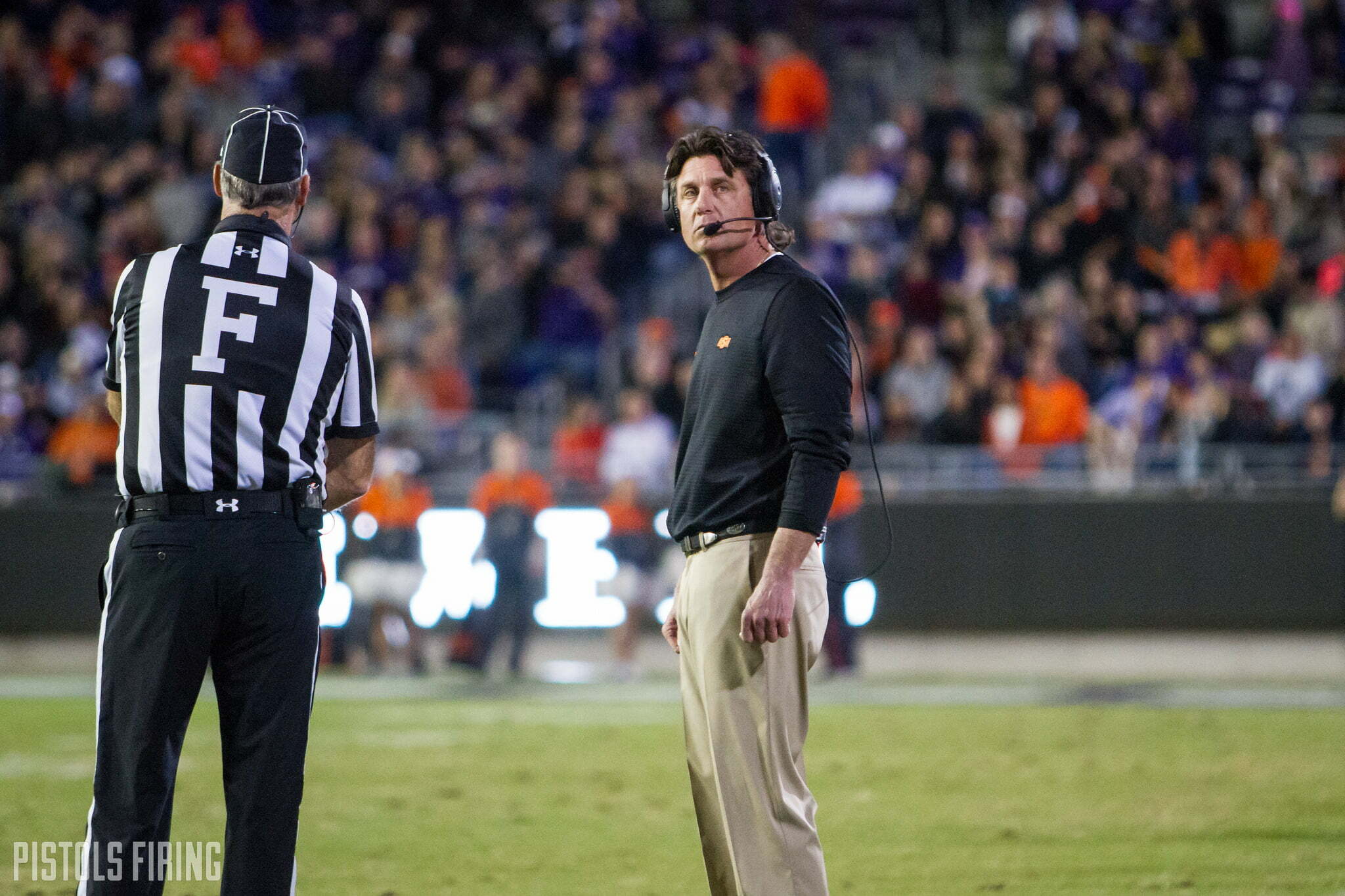 What it does give you, however, is a better shot at achieving the aforementioned goals. I’m not a math guru (I really am, I just don’t want to flash my résumé on the interwebs) but a simple, straightforward formula fuels elite and consistent winning programs.

On Tuesday I published an article laying out how recruiting at Oklahoma State isn’t getting better under Mike Gundy and why that’s a problem. Today, in Part II of an ongoing recruiting series, I will look more in depth at the why.

To do this I used two different scopes. First, I looked back at the last eleven Big 12 champions and evaluated both their average recruiting class ranking on a national level and within the Big 12 when they won the title. To provide a broader scope of the importance of recruiting, I not only provided the most recent recruiting class number (for example: In 2007, I did not provide only OU’s 2007 recruiting class) because A.) Most freshmen rarely contribute substantially and B.) It doesn’t provide full context.

Here are the results. Co-champions were dubbed in 2012 and 2014, so winners in both years are italicized and listed separately below.

The takeaway can be whatever you want it to be. You can look at the chart and point to Kansas State in 2012, Baylor in 2013 and even TCU in 2014 as teams that defied the odds and won the title despite not recruiting at what you would consider to be an elite level. It’s definitely not impossible.

In those three instances, the programs finished with an average four-year placement of 45.2 in the national rankings, and a 7.2 placement in the Big 12.

I would stress, however, that those are outliers — the exceptions and not the rules. During the 11 years of data I accumulated, the average national recruiting ranking (again, taking into account each Big 12 winner’s four-year average) is 21.9. The average placement within the Big 12 recruiting rankings was 3.3.

Oklahoma State, taking into account its four-year average (including OSU’s current 2019 recruiting class), sits at 41.25 nationally and 6.0 in the Big 12 on average.

There have been only two outright Big 12 winners in the last 11 years with an average recruiting ranking worse than 2.0 (OSU in 2011, Baylor in 2013 … and if you want to throw TCU/Baylor in 2014 in there, I won’t argue). This matters even more now that, with the Big 12 championship game in place, there will always be an outright winner.

The second scope of reference for added context on the importance of recruiting at a level higher than OSU is currently recruiting at is data I collected from the last 11 national champions.

To factor the average class ranking I again used the same methodology — the last four recruiting classes included and up to the current year in which the team won the national championship. Here are those numbers in the national ranks and within their respective conference rankings.

On average, only two programs over the last 11 seasons — Auburn in 2010, and Clemson in 2016 — have won the national championship with its four-year average nationally ranked class is outside the top 10. That is … pretty telling.

Is it impressive that OSU outperforms its expected finish based off recruiting rankings, as I noted in Part I of this series? Absolutely. But guess what? When recruiting rankings peg you to finish in the middle of the Big 12, outperforming doesn’t quite mean the same. Imagine if Gundy had top-two or top-three talent in the Big 12, and outperformed as consistently as he does. How many Big 12 titles would he have?

What’s insane is that Alabama literally cannot outperform. Nick Saban, when he won titles in 2015 and 2017, had four-year average recruiting classes that ranked No. 1 in the SEC and the country. That means Alabama brought in the very best talent, and as expected, won the national title. Novel concept, huh?

Based off OSU’s own recent national finishes in the recruiting rankings, it’s unlikely, based off the above chart, that OSU will be entering the conversation of the national title any time soon. OSU could always be an outlier, mind you, but to sit back and not actively improve in recruiting with the thought that you can definitely win a title — Big 12 or national — through developing and identifying talent is simply not reasonable.

It’s always possible, and as Auburn and Clemson proved over the last decade, you don’t have to be at the very top end in recruiting, but any program outside the top 15 in talent hasn’t won the championship in more than a decade. It will be much longer than that for the Pokes if they keep recruiting like they are.