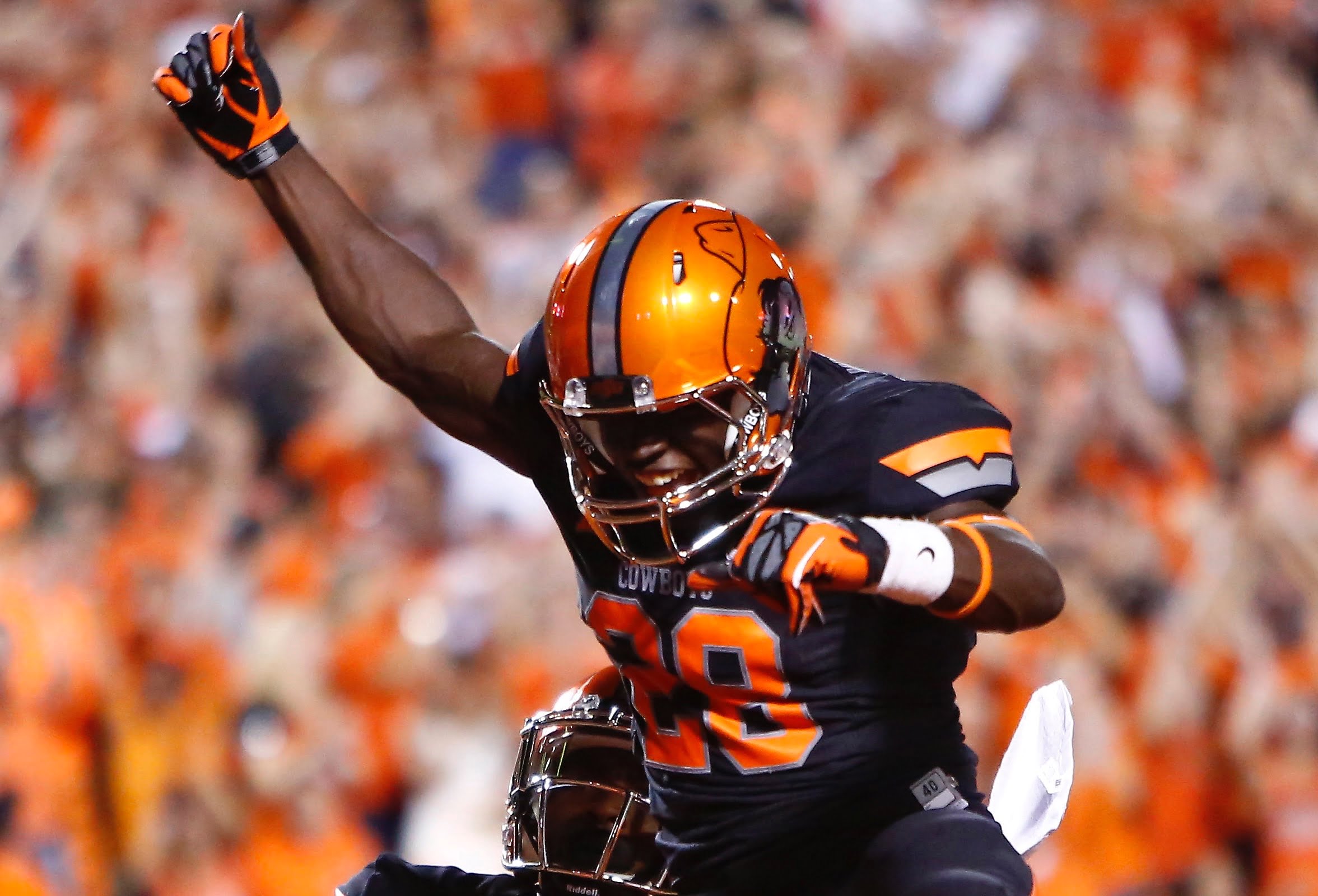 James Washington, where art thou? (USATSI)

This season is starting to lose its grip on my attention. I still watch every game and pull for the Cowboys, but I’m more concerned about my place in the below standings than OSU’s chance of making a bowl (I think we will).

Pistolsguy went 4-0 with his picks last week, and he expressed his disappointment to me that I gave him a loss for not picking the Texas – Kansas State game.

That’s just a disclaimer to let you know that he didn’t make an incorrect pick. I would put some odds on him adding his own edit to this post but he’d delete those anyway.[1. Ed. note: All of this is garbage. I didn’t pick the Texas-Kansas State because Amilian forgot to send me the post until like 10:30 a.m. last Saturday (I always make picks after he sends me the post which I probably shouldn’t do anyway because I can fade what everybody else is doing but that’s a whole other story). Bottom line: It’s garbage and the editor who let it come out is garbage.]

I’m not sure how you can watch the past few OSU games and be confident in the Cowboys staying within two touchdowns of the 11th-ranked team on the road. The Wildcats need to win out and impress against teams like OSU.

It’s sad realizing that OSU is a team to make a statement against rather than a team you just need to beat.

We are far from the team that played with Florida State.

Prop bet of the week

Who will have more touches: Tyreek or Lockett?

Iowa State hasn’t lost by more than 21 this year (vs Baylor). That number will be larger for next week’s post.

This one will be fun. I’m taking the Horned Frogs because their offense has been unreal and I think it continues. I won’t be upset to see Dana pull this one off.

Texas at Texas Tech (No line)

I couldn’t find a line for this game, but how huge is this one for Kliff? Even as bad as Texas is, they’re still Tech’s number one target.

Nolo is hardly a guest on PFB but he’s filling in as our guest picker this week. I thought about bringing on my 5-day-old son to make the picks, but he deserves at least one weekend of watching football with his dad before making decisions.

‘Lord forgive me, but my record…” – Southwell