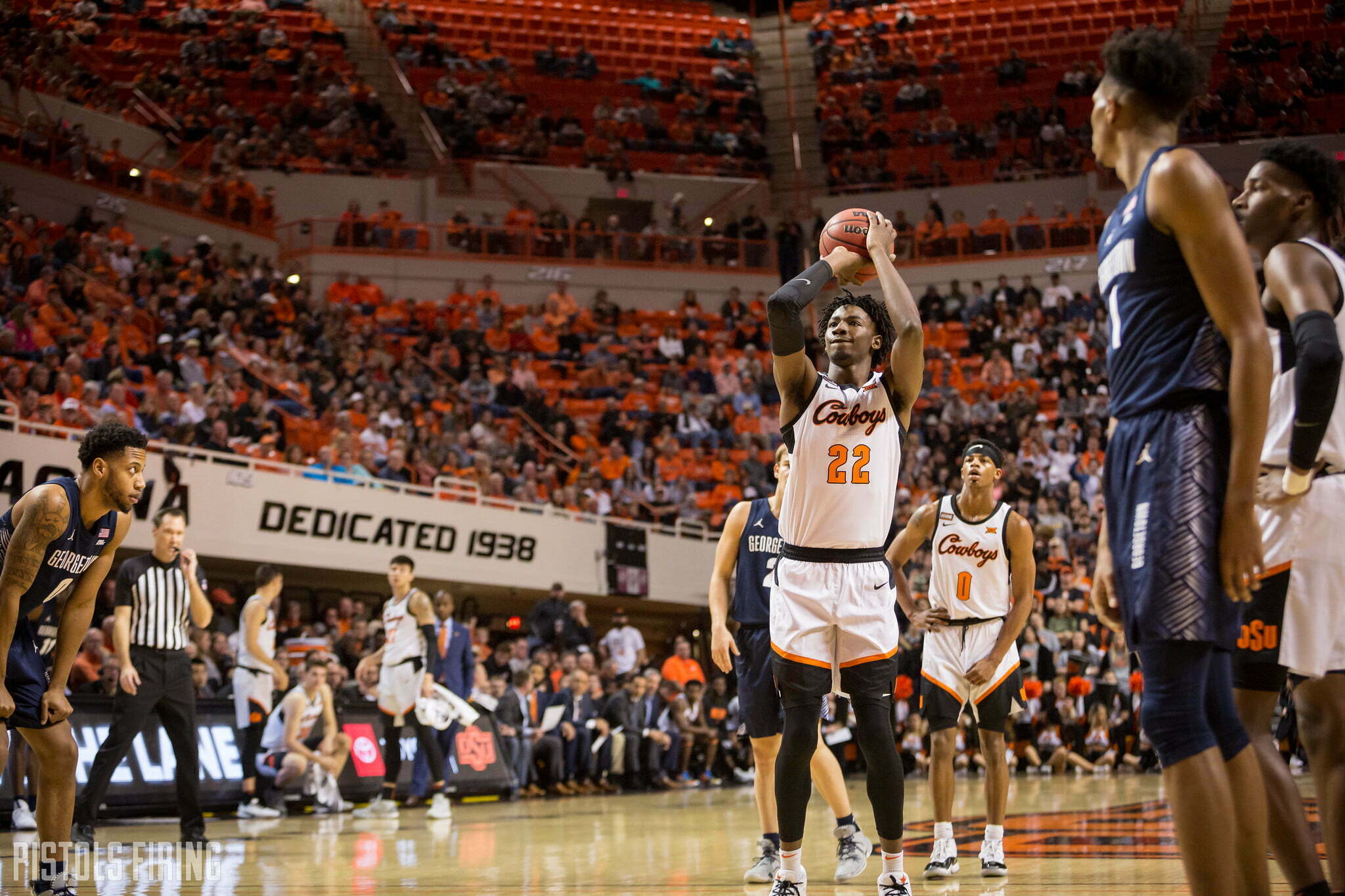 I decided to — behind both hands with my fingers slightly splayed — take a peek at the KenPom numbers for Oklahoma State so far this season. The news is both good and bad.

Its defense is better but not eons better. West Virginia only allows 75 points per 100 possessions in Big 12 play so far, a great number. OSU is at 98.7 in Big 12 play, which is fine, but because the Big 12 is so loaded with long, athletic teams, it places them 7th.

Now for the good news. KenPom doesn’t predict that OSU will lose the rest of its games! OSU will in fact not go winless in the Big 12! In fact, it even predicts a win tonight against Texas in GIA, which would be OSU’s first conference notch of the year.

Thus far, these are the two worst offensive teams in Big 12 games this season so we might see a higher score in the football game later in November than we do in the building to the east of the football stadium where tonight’s matchup will be played.

Here’s a look at KenPom’s outlook for the rest of OSU’s year. 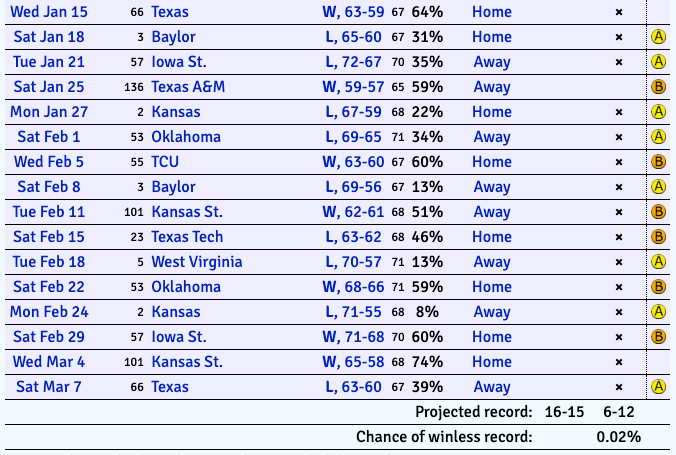 A 16-15 mark wouldn’t come close to getting OSU into the NCAA Tournament so things need to turn around and turn around quickly for this team as they start to enter the heart of the conference season.

Most of that has to do with scoring. They went from a pretty good offensive team to a really bad one in the span of about three weeks. The best news? We have evidence that they’re a great defensive team overall. As Mike Boynton pointed out earlier this week, OSU’s defense has never been better in his tenure. Here’s what he said.

“You can get some of the other stuff in there, and it really makes things hard because the truth is I really feel like our defense is as good as it’s been since I’ve been here. That includes the year that I was an assistant coach. We had the No. 1 offensive efficiency team in the country. I think this is the best defensive team that we’ve had.”

Here’s their national ranking in full-season (Big 12 plus non-con) defensive efficiency (points given up per 100 possessions, adjusted for opponent and location) over the last four years.

That’s right, OSU is one of the 25 best defensive teams in the country in terms of defensive efficiency for the full year based on the opponents it has faced. Impressive. But not a winning formula if the most exciting conversation in our gameday thread is whether they can reach 40 points in 40 minutes of conference play.