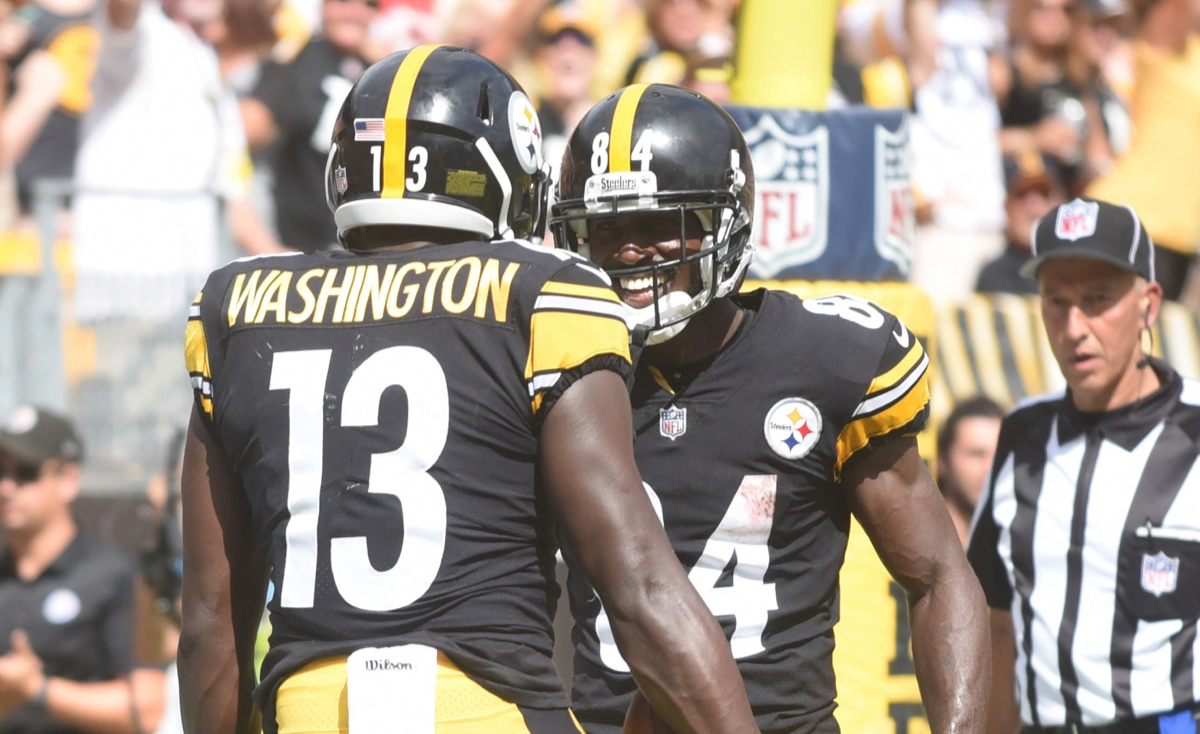 The Pittsburgh Steelers raced out to a 23-7 lead over the Chargers by halftime of Sunday Night Football. Then the wheels fell off with all the usually reliable suspects. Big Ben struggled to find his targets consistently; James Conner wasn’t marching with the normal pep in his step; and the same defense that clamped down early released its grip and gave way to a massive Phillip Rivers-led comeback.

The Chargers would win 33-30 on a last-second kick.

But one steady presence this season was (somewhat surprisingly) missing from action as the Steelers crumbled: second-round draft pick and former OSU star James Washington. Pittsburgh made him inactive for the game after a three-target, zero-reception outing a week ago. Coincidentally (but probably not), the Steelers’ move came days after Big Ben called Washington out publicly over a drop against the Broncos last Sunday:

“He has to make it,” Roethlisberger said via the Pittsburgh Tribune Review. “I just think he didn’t trust his hands. For some reason, he jump/dove. I’m not really sure what he was doing. We look at it (on film), and coach got on him pretty good yesterday.

“We took a long, hard look at it. James needs to run through that, and it’s a touchdown.”

In Washington’s stead, sixth-year pro Justin Hunter soaked up the majority of the snaps at receiver — and didn’t fare much better. Hunter was targeted thrice according to ESPN stats, and caught none of the balls thrown his way. Ironically, Hunter was wide open for a score in the game but Roethlisberger overthrew him in the end zone, leaving Hunter to dive Washington-style. Roethlisberger radio-callout coming in 3…2…

Meanwhile, Washington was spotted on the sidelines in sweats soaking up some info and “trying to figure things out.”

The Steelers are now 7-4-1 on the season following the Chargers loss and face the lowly Oakland Raiders (and touchdown catching Marcell Ateman) next Sunday.