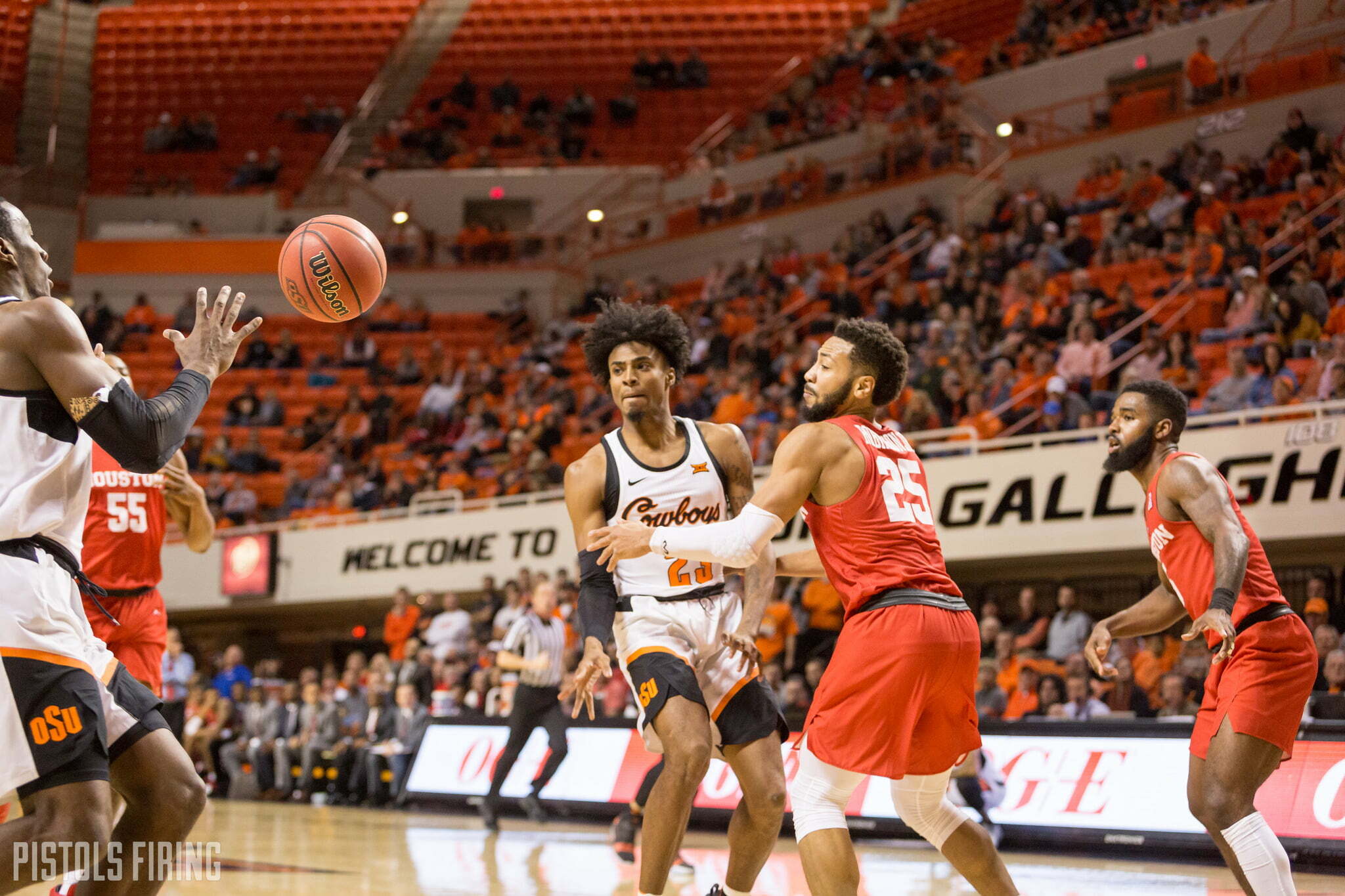 What they can do, however, is a variation of what Mike Gundy and his football team did in Memphis last week and grab two handfuls of momentum as they head into what should be a very exciting fall of 2019 and spring of 2020.

Help is coming, and it’s coming in the form of three top-125 players in Kalib Boone, Marcus Watson and Avery Anderson. Will all three of those guys turn out to be stars or superstars in Stillwater, USA? It’s not likely, but the trajectory of recruiting Boynton is currently on (16th-best class of 2019 and 8th-best of 2020) belies what’s currently happening in GIA. It takes patience to see that — something none of us seem to have enough of — but it’s there.

There is a world that exists in which Boynton has already hit the bottom of his career from a performance standpoint in Stillwater. It was always probably going to happen this season. The only question was when? OSU slogged its way to six wins in 12 tries before Big 12 play started with a schedule better than North Carolina’s, Michigan State’s and Duke’s (according to KenPom).

Because of that the Pokes obviously struggled. How would they not have struggled? They replaced scorers and talent from last year with youth and role players just trying to find their college legs. But what that tough schedule inadvertently created is an opportunity for OSU to really develop some of its younger guys in front of what should be a fun 2019-20 season (and hopefully an even more fun 2020-21 season).

This is similar to the concept that Mike Gundy was given a sort of gap year to assimilate a QB and break in some young guns in a new-look defense in 2018. He didn’t really take advantage of it at QB, but Boynton will be forced to because he doesn’t have many other options.

What he didn’t add is that now OSU has a real opportunity to pick off five or six or seven games the rest of the way and head into the offseason with a little buzz about not only who’s joining the fold but also who got better in 2018-19.

Maybe this is an incredibly naive way to view this season, but when you have a year in which you’re clearly not good enough to contend for any kind of titles, player development and the way you end are paramount. What awaits you at the finish line (or shortly thereafter) is paramount, too.

And if the momentum Boynton has bagged on the recruiting trail is conjoined with a little juice seeping out of GIA (and various other Big 12 arenas) then I think Boynton has a real chance to shove this thing downhill and watch it roll for a long, long time.