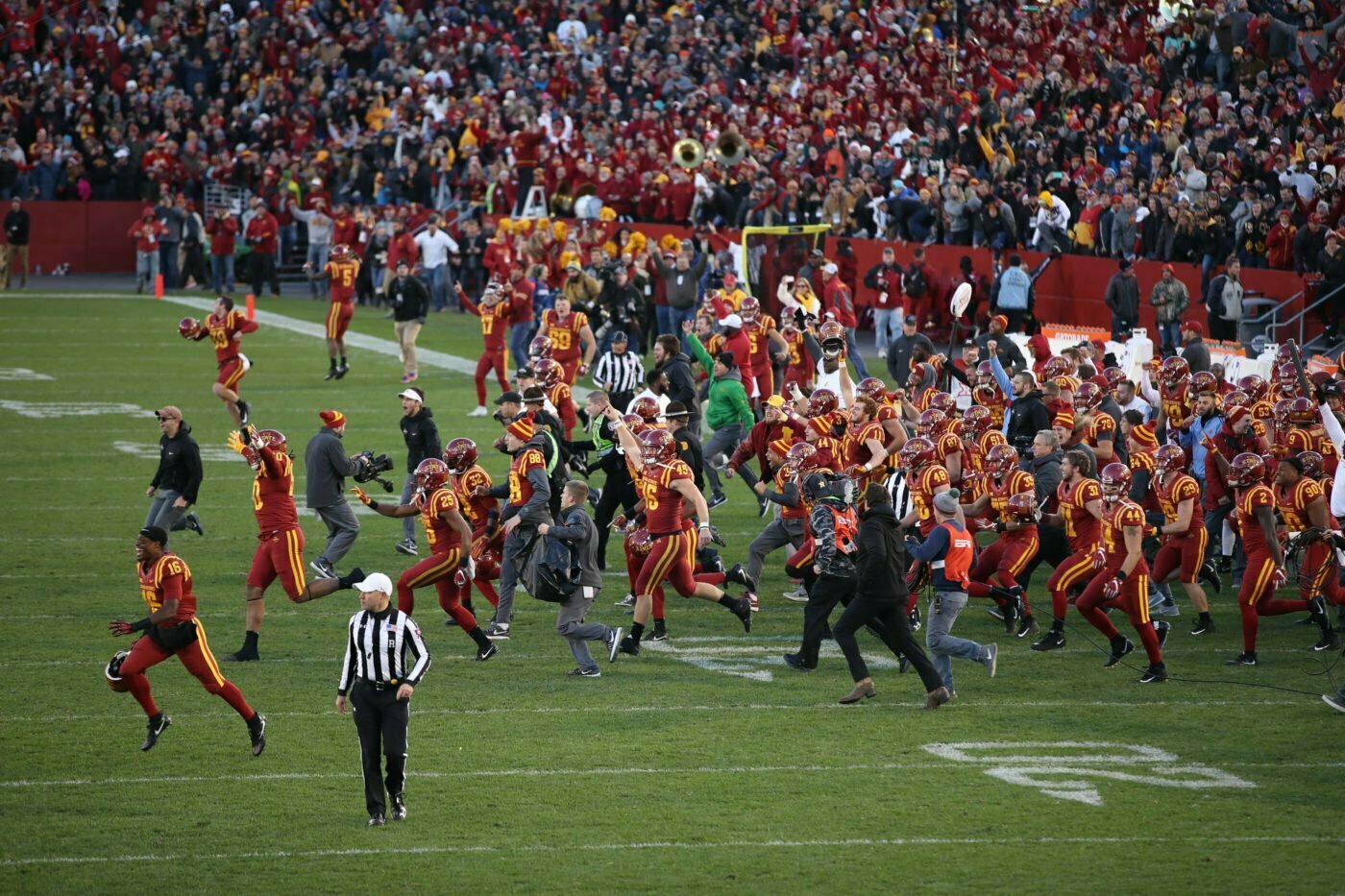 Ohhh, Ames. That cold, windswept prairie land where national title dreams get put out to pasture and conference championship hopes can vaporize in an instant. The Cyclones beat TCU 14-7 in a Big 12 (really, a Big 12!) game on Saturday afternoon, and with that plus OU’s rout of Texas Tech there’s now a four-way race atop the new standings.

And don’t look now, but Iowa State (??) might hold the upper hand. The Cyclones now have wins over OU and TCU and get Oklahoma State at home in two weeks. Their only Big 12 loss? A 17-7 thriller to Texas in which they gained 10 rushing yards at home against the Horns.

Each of the top four teams now has four games left, and only two of the final four will make it to Arlington. There are too many permutations for now to go through all the scenarios of what could take place, but this is what the schedules look like.

If any of the four teams wins out, they’ll play for the Big 12 title.

The TCU slate is the one that most interests me. What if they lose at OU and at Tech? What if OU and OSU win out after Bedlam? That could mean we get a Bedlam rematch at the Big 12 Championship.

Or, consider this. What if TCU loses to OU and OU loses to OSU but wins out and OSU wins out to go 11-1. That would mean Iowa State would only have to beat WVU, Baylor and KSU to play OSU for the Big 12 title because it would hold the tiebreaker over OU and TCU if all three finish with two losses.

Of note: In three of the years since the conference has gone to 10 teams, the runner up in the Big 12 has finished with two losses (in 2012 and 2014 the runner up had just one loss). So no matter what happens in Bedlam, the race is far from over.

We should be in for a hell of a November with the top four teams playing each other three times in two weeks to kick things off. And that title picture should look a lot clearer after those three games.

Hopefully Oklahoma State will still be in it.