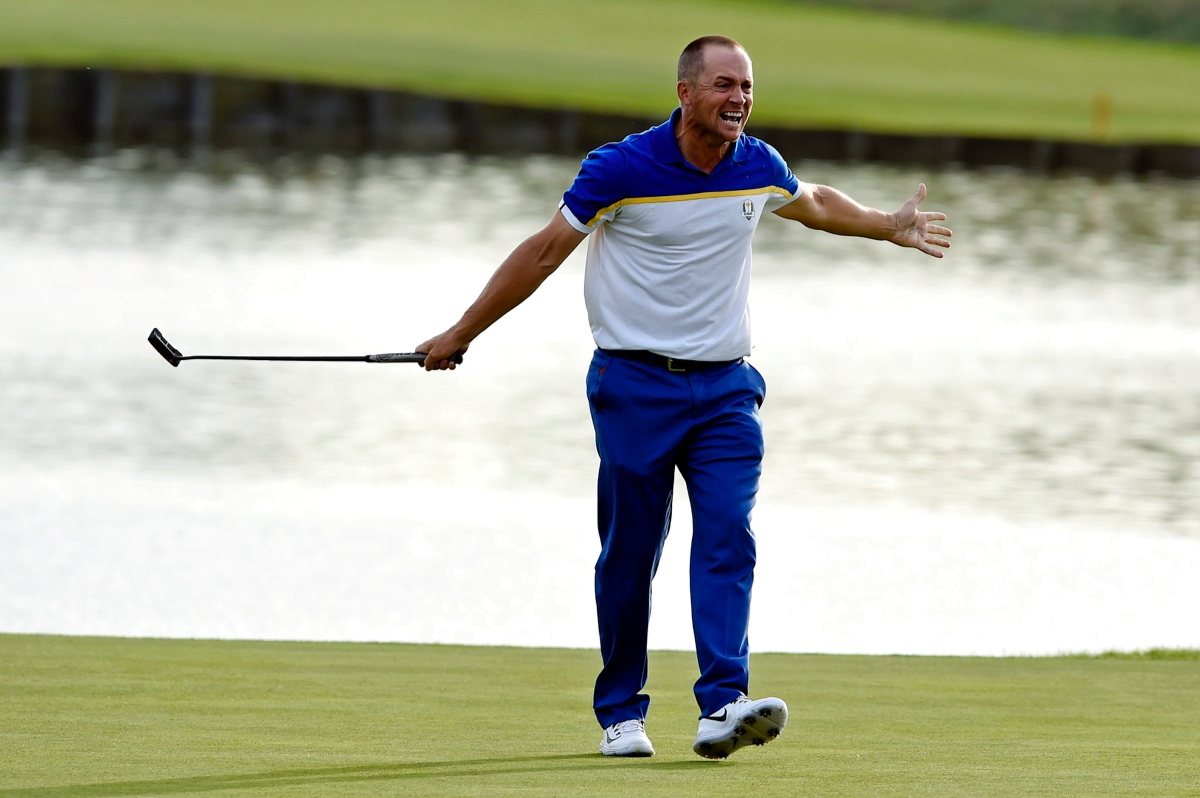 The 2018 Ryder Cup may have ended on Friday afternoon when the Yanks got swept in the afternoon foursomes’ session. That put Europe up 5-3 going into Saturday where they won three more matches to make it 8-3. When the dust settled on Saturday night, the Euros had a 10-6 lead going into Sunday singles play. The only question, really, was who held the dagger.

It turned out to be Francesco Molinari, who promptly ended five-time major champ Phil Mickelson in somewhat hilarious fashion. That wasn’t the end of the matches, though. There were several other players still on the course, including former Poke Alex Noren who was faced up against Le Scientist, Bryson DeChambeau.

Their match somewhat agonizingly went all 18 holes (it had been more than an hour since the Cup was decided), and if Molinari plunged the dagger, Noren twisted it home with this hilariously long putt to beat DeChambeau 1UP.

NLU summed it up well.

The singles win capped a 2-1-0 week for Noren in his first Ryder Cup. He wasn’t top Euro, but he was top Poke (Rickie Fowler went 1-3-0), and he clearly savored his first ever appearance at the greatest team event in golf.

“It’s hard to describe,” said Noren. “It’s nothing like any other tournament. I don’t know what to say. I mean, I almost cried after my win on the first day, and … you want to perform for your teammates, everybody around you, and then just to get that first point on Friday was, you know, so pleasing …”

That Friday point came alongside Sergio Garcia as he and Noren thwarted Mickelson and DeChambeau (Noren might actually own DeChambeau).

It was a fitting ending to a miserable week for the Americans. They were beaten at every turn by a less talented Euro side. In so many ways, though, Noren epitomizes what Europe is all about. He’s not the greatest player, but he hits fairways, hits greens and short games his butt off.

He is galvanized by Rory McIlroy, Justin Rose and the rest, and the end result is a 12-man squad that is greater than the sum of its parts. Bad for those of us rooting for ‘Merica, great for Noren and his boys.