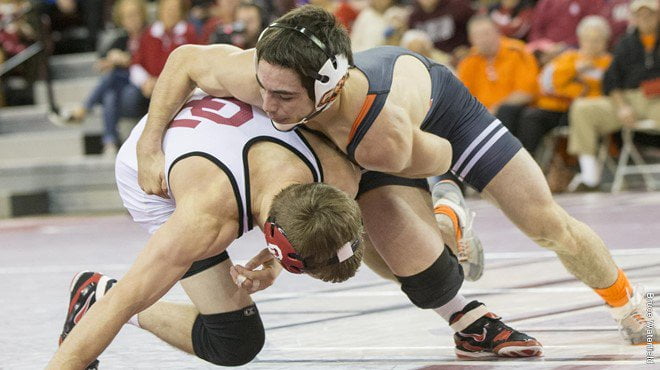 It was a busy week in the world of OSU athletics with a couple of Cowboys securing big wins, the women’s soccer team earning an NCAA bid and schedules for tennis and softball announced.

Despite losing his shoe mid-race, Hassan Abdi became the first Cowboy to win a Big 12 individual title since Vegard Oelstad in 2015. Abdi’s first-place finished a meet that saw the Cowboys finish third and the Cowgirls finish second overall.

OSU’s Harley Huff was named the Rider of the Month after a strong October performance. The Cowgirls’ now prepare to take on No. 7 TCU in Stillwater on Nov. 10.

.@harleyhuff_ had herself quite the month of October! Congratulations to her for earning rider of the month honors!?? #okstate pic.twitter.com/RZ2k26mCCi

The Cowgirls fell to the Baylor Bears last week, 3-0, in the Big 12 Soccer Championships in Kansas City. They will face Missouri State on November 11 at 12:00 p.m. in Stillwater. Here’s a look at the Cowgirls’ NCAA prospects.

Our ticket to the @NCAASoccer Championship is punched – and it’s home sweet home for the 1st round! #GoPokes #okstate pic.twitter.com/ftdWpKS6IB

After the conclusion of the fall season, the Cowgirl softball team’s spring schedule has been released. The Cowgirls open up the season with the Kajikawa Classic in Tempe, Arizona, on Feb. 9-11.

Mark your calendars! ? The 2018 spring schedule is here. #okstate

The Cowboys’ 2017-2018 tennis schedule has also been announced. It includes a trip to Maui to take on Hawaii, a home stand with Fresno State and UCF and a rematch with UMKC after the two teams played each other in last season’s first round of the NCAA Tournament.

The 2018 spring schedule has officially been announced! ?

OSU’s Nick Piccininni knocked off Lehigh’s reigning 125-pound NCAA Champion Darian Cruz in the NWCA All-Star Classic. Although it was only an exhibition, the win should give Piccininni confidence headed into the 2017 season.

The Cowboys opened their season with eight members of the wrestling team winning titles at the Oklahoma City University Open last Sunday. The Cowboys open up their dual season next weekend in Albany, New York, for the Journeymen Duals and Journeymen Collegiate Classic on Nov. 4. To see the list of Cowboys who finished in first place, click here.