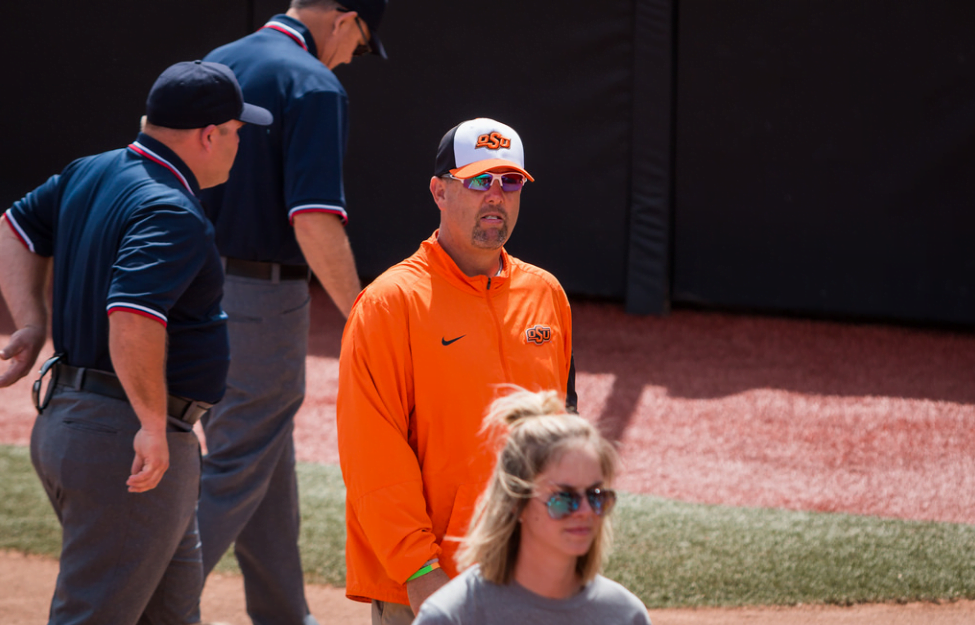 With football and hoops over until next fall, it’s time to turn our attention to the other sports currently unfolding in Stillwater. Golf wraps later this week, and I posted about baseball on Sunday, but here’s a look at a few other updates on sports you may have been missing out on.

OSU is 2-2 on its four-game road trip, with game five coming at 5 p.m. Monday night against Memphis. The Cowgirls started the trip off with a four-home run, 16-1 win against Central Arkansas. On Saturday, OSU beat Samford 8-0 before turning around and falling to Ole Miss 8-4. The Cowgirls met the Rebels again Sunday, where OSU lost 10-1 in five innings.

The Cowgirls are 20-7 this season and came in at No. 18 in the latest coaches poll. After its game against Memphis on Monday, the Cowgirls play at Tulsa Wednesday before starting Big 12 play with a three-game series against Baylor in Waco this weekend.

The OSU women’s tennis team started Big 12 play with a dominant performance against No. 8 Kansas.

The Cowgirls topped the Jayhawks 6-1 on Friday at Greenwood Tennis Center. The No. 11 Cowgirls won the doubles point after a pair of 6-2 victories from Marina Guinart/Katarina Stresnakova and Bunyawi Thamchaiwat/Tamara Arnold. From there, the Cowgirls won on every court except Court 1 en route to the comfortable victory.

This weekend the Cowgirls will be on a tough geographical road trip, playing at Iowa State on Friday before going to West Virginia on Sunday.

Losing the doubles point ended up costing the Cowboys against Tulsa, something they would amend in their two weekend matches.

At 13-5, the OSU men are ranked 22nd in the country. The Cowboys head to Orlando for a match against Central Florida on Wednesday. That match is the Cowboys’ last before starting Big 12 play on Mar. 29.