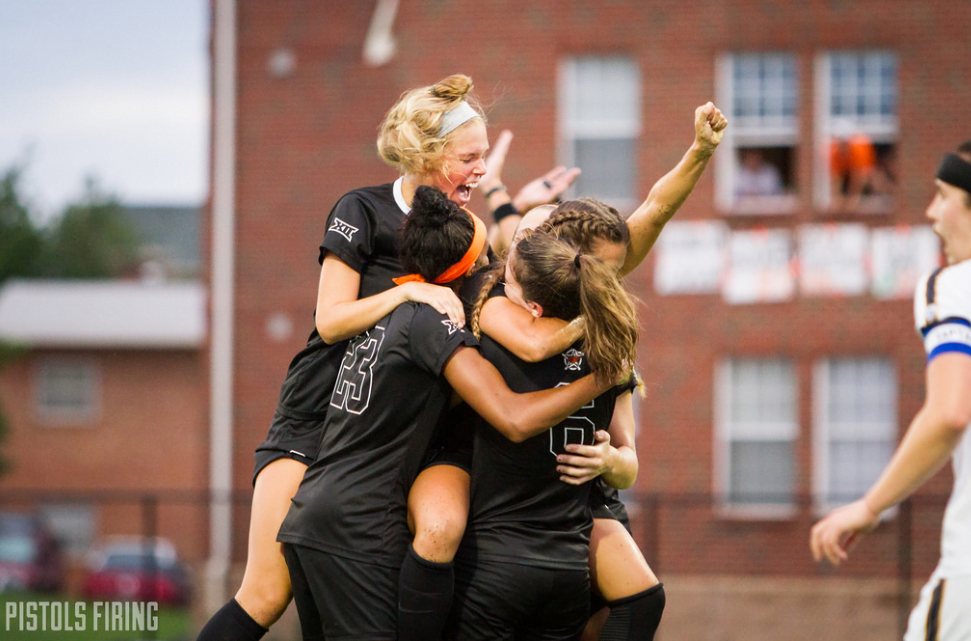 The Oklahoma State soccer team won both its games this weekend, advancing to 6-1 on the season.

The Cowgirls came into the weekend ranked 21st. They played California on Friday at Neal Patterson Stadium where goals from Jaci Jones and Marlo Zoller led the Cowgirls to a 3-1 victory.

On Sunday, OSU hosted San Francisco. After a scoreless first half, the Cowgirls scored three goals in about 15 minutes from Kim Rodriguez, Zoller and Haley Woodard and won 3-0. Goalkeepers Hannah Warner and Dani Greenlee each played a half, sharing the clean sheet.

OSU is now 5-0 in the newly opened Neal Patterson Stadium. Zoller leads the team in goals through its first seven games with four goals. Woodard is right behind her with three.

The Cowgirls will go on the road this weekend to play Creighton and UMKC.

The OSU men’s tennis team started its season in California this weekend.

The Cowboys took on Hawaii in singles and Pepperdine in doubles in Napa, California, as part of the Silverado Invitational.

OSU junior Artur Dubinski is in Claremout, California, at the USA Futures F24, where he defeated China’s Haitong Xia, 6-2, 6-2, to advance to the fourth round of the qualifying draw. He continues play Monday.