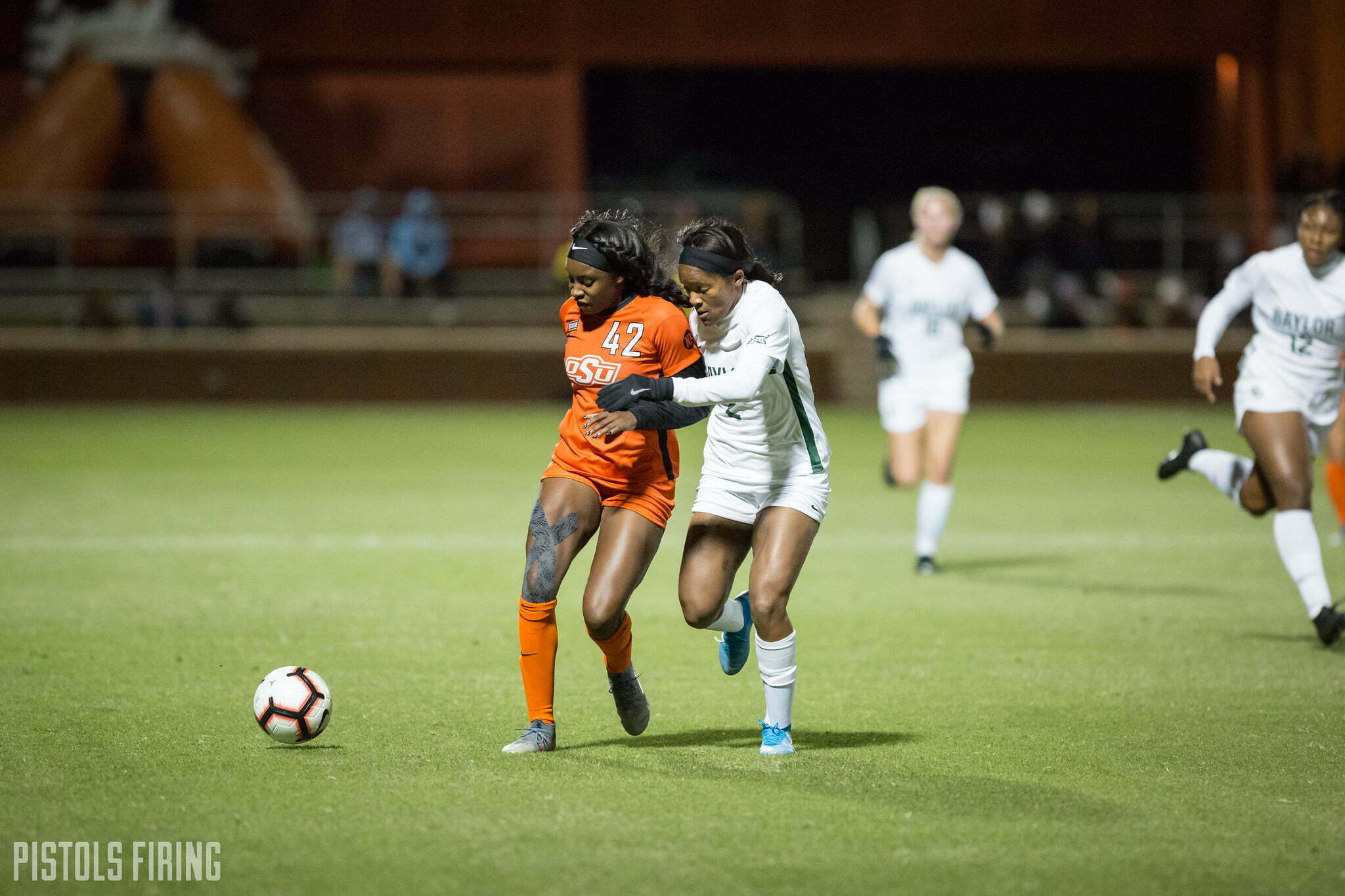 With certain seasons coming to an end, others are just getting underway.

Oklahoma State’s soccer team is on the win-or-go-home phase of its schedule. OSU’s cross-country teams wrapped up their schedules this weekend, and Jim Littell’s Cowgirls are just getting started.

Here is a look around at some of the orange and black squads.

After beating South Dakota State in the first round of the NCAA tournament Friday, the Cowgirls are headed to the Golden State.

OSU will play Santa Clara on Friday on USC’s campus in the NCAA tournament’s second round. The Broncos are 14-5-2 this year after beating Cal in the first round of the tournament in overtime.

Should the 16-2-3 Cowgirls win Friday, they would play the winner of USC vs. Texas A&M in Los Angeles on Sunday in the Sweet 16.

USC advancing to the second round ended OSU’s home slate of games this season. The Cowgirls were 10-0-1 at Neal Patterson Stadium this season.

The OSU women’s basketball team has beaten their first three opponents by an average of 22 points.

On Wednesday, the Cowgirls trailed Tulsa 40-31 at halftime before outscoring the Golden Hurricane 47-9 in the second half. Tulsa scored only three points in the fourth quarter.

To no one’s surprise, All-American Vivian Gray is leading the team in scoring, averaging 20.3 points a game so far this year.

Friday was a tough day for OSU’s cross-country teams.

At the NCAA Regional hosted in Stillwater, the OSU men finished fifth and the OSU women finished fourth. Both teams failed to qualify for nationals.

The Cowboys were injury-ridden, as 2018 All-American Isai Rodriguez dealt with injury en route to a 66th-place finish.

There was some good news for the Cowgirls, though, as Taylor Somers finished the 6K in 20:28.0 and in second place. She qualified for the national meet as an individual.