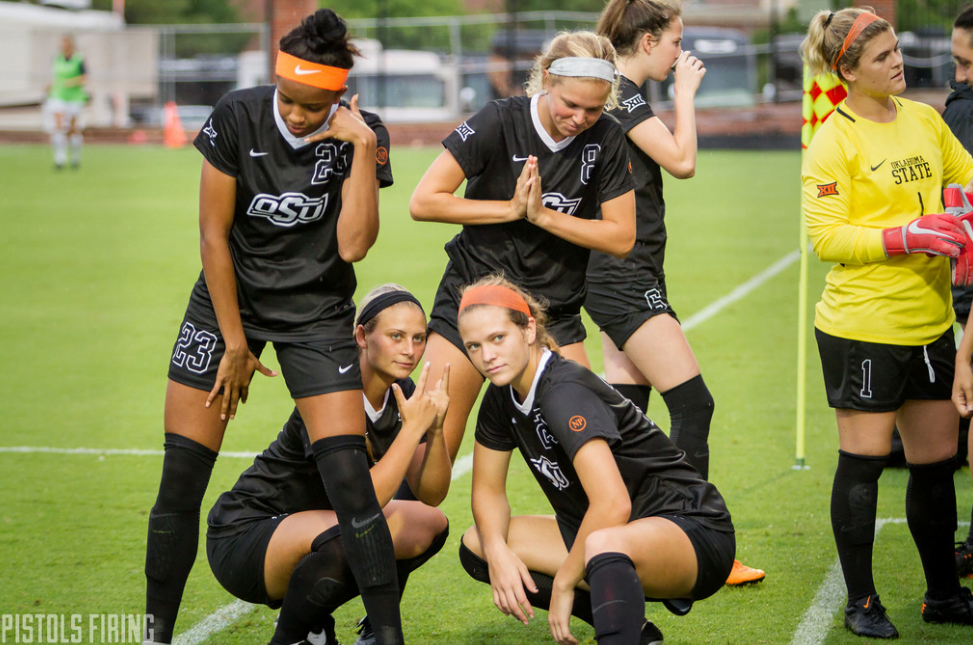 The Cowgirls finished their nonconference schedule at 8-1 after another pair of victories this weekend.

Sunday, the Cowgirls played UMKC, where the Kangaroos started the scoring, but OSU went on to win 2-1. The victory marks five straight for the Cowgirls.

UMKC’s Lexie Howard scored in the 16th minute, but less than three minutes later, Haley Woodard netted her fourth goal of the season. Yochum scored the game-winner in the 76th minute.

The Cowgirls will open Big 12 play on the road with games against Kansas State on Friday and Kansas on Sunday.

The Cowboys dominated the Olympia Fields/Fighting Illini Invitational this weekend, finishing at an 11-under 829. That score was 18 shots better than second-place USC’s total.

Sophomore Matthew Wolff was the top golfer of the tournament. His 6-under 204 topped California’s Collin Morikawa by a stroke. Wolff has won the opening two tournaments the Cowboys have attended this season.

Viktor Hovland, the 2018 U.S. Amateur winner,  finished tied for sixth with his 1-under 209. Senior Hayden Wood finished ninth at even-par. Senior Zach Bauchou was tied for 10th at 1-over, and sophomore Austin Eckroat finished tied in 27th at 8-over.

The team has about a month of before playing the Big 12 Match Play Championship from Oct. 12-14 at Houston Oaks.

Senior Artur Dubinski bowed out just before the quarterfinals, falling to Igor Gimenez, 6-3, 6-3.