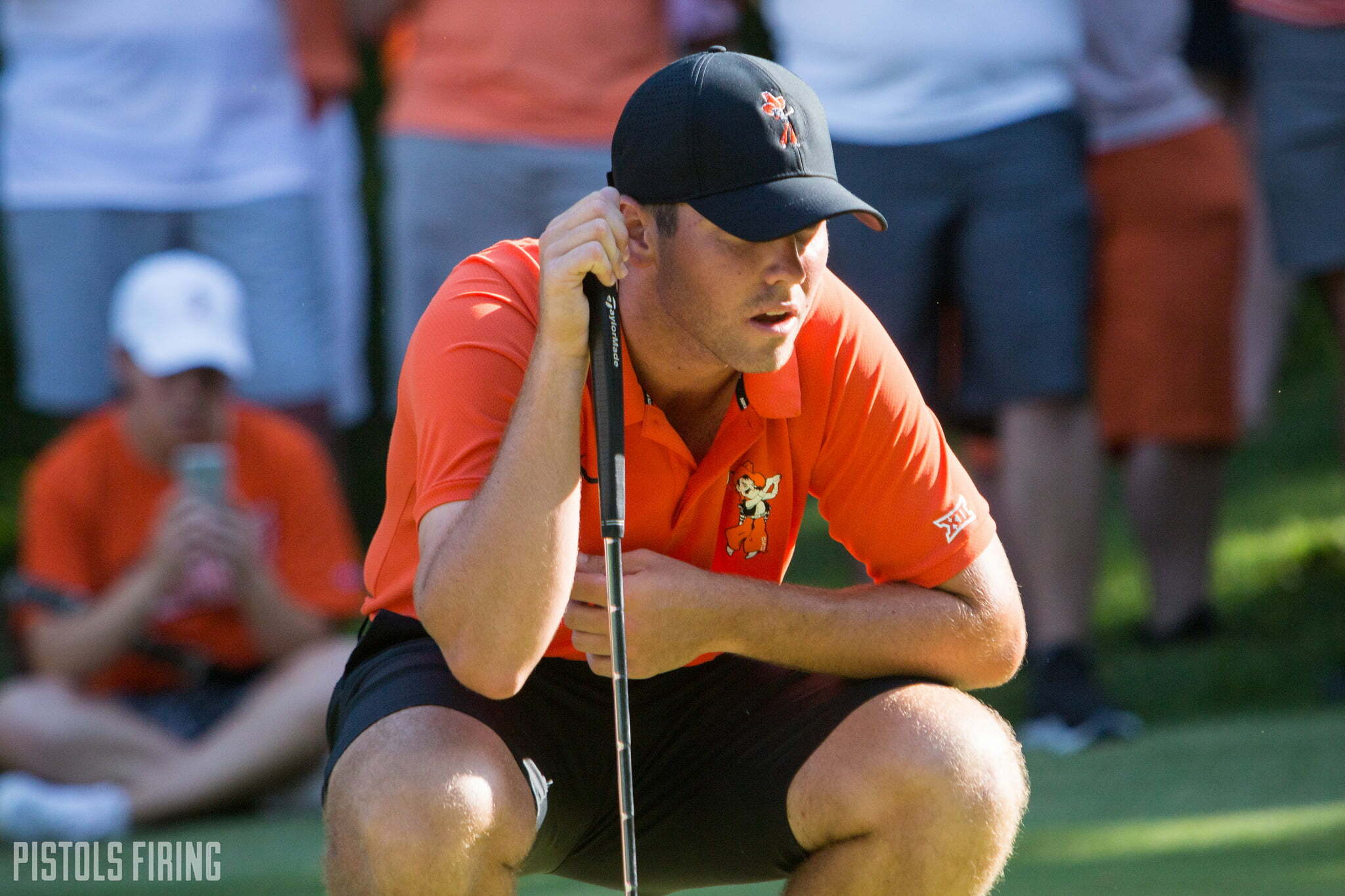 After not winning a single event his freshman year, that’s all Matthew Wolff has done in Year 2. He followed up his victory at Pebble Beach a few weeks ago with another one at the Olympia Fields/Fighting Illini Invitational as the Pokes took home their first team victory of the 2018-19 season, too.

Wolff fired an even-par 70 in the final round to get in at 6-under 204 and beat superstar Collin Morikawa of Cal by one and Kaito Onishi of USC by two. This followed his round-of-the-tournament 65 on Friday. He has yet to fire anything north of 70 as his six rounds this year are 65-66-68-68-69-70.

Viktor Hovland, Hayden Wood and Zach Bauchou all also finishing in the top 10, which is probably why OSU won by 18 over USC and 27 over Cal on Sunday in Illinois.

There’s nothing harder than defending a title, but OSU seems intent on doing so in 2019. Their 3rd-1st start to this season is very similar to last year’s 1st-3rd start when they went on to win their next seven events and take the NCAA Championship.

If they don’t look out, they’ll be trying to defend without Wolff in the spring. If he keeps winning at his clip, he’ll turn pro by Christmas and be on the President’s Cup team this time next September.

Ok, that’s a stretch, but he has the inside track on the Haskins Award (golf’s Heisman) a whole month into the season. Last year’s winner — Norman Xiong — won six times en route to the Haskins. Wolff has plenty of time to match him and a game that has never been better.