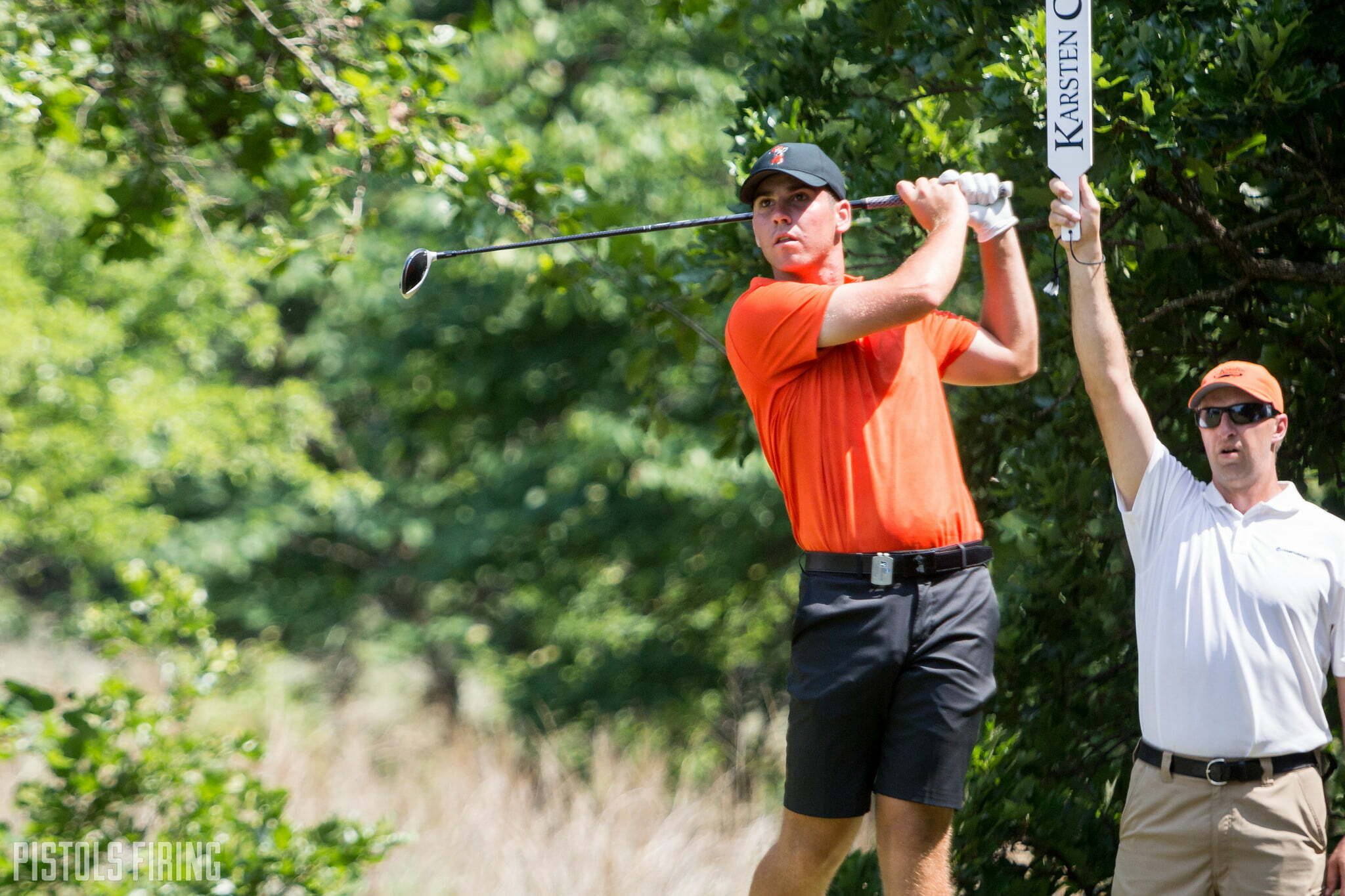 Two weeks after Viktor Hovland won the 118th U.S. Amateur at Pebble Beach, Matthew Wolff covered him up with the first win of his college career at the Carmel Cup. While a Carmel Cup belt obviously isn’t as significant as a Havemeyer trophy, what is significant is that Wolff has already accomplished what he returned to OSU for his sophomore year to accomplish: Win.

For all the accolades Wolff was showered with last season — Freshman of the Year, All-American — the only thing he didn’t do was go home with a trophy.

“I realized I did have a really good year, but there are a lot of things I need to do first before I turn pro,” Wolff told us earlier this summer. “Coach Bratton (thought the same thing). Yes, I had four runner-up finishes, but I still haven’t gotten a win yet, and I feel like you have to win or at least be dominant in some fashion before you can make that step to the next level because I know how hard it is.”

Wolff, who missed the U.S. Am with an injury, fired rounds of 65-66-68 to beat Garret Reband of OU by one and Trent Phillips of Georgia and Luis Garza of Arkansas by two each. Wolff’s final round was bogey-free and included four of his 17 birdies (and one eagle) overall on the week.

OSU got toasted overall by OU by 11 strokes, despite a strong closing round of 15 under, but Hayden Wood also joined Wolff in the top 10 with a T9 finish. Zach Bauchou finished T19 and was the only other Poke in the top 25.

Thank you to Fin Ewing for once again putting on a first-class event at a historic venue! #okstate #golfschool pic.twitter.com/ONJ9ZRUciV

Oklahoma State finished third overall at the event at 35 under. OU won, and Georgia finished second. The Pokes’ next outing will be the Fighting Illini Invitational at Olympia Fields in two weeks.