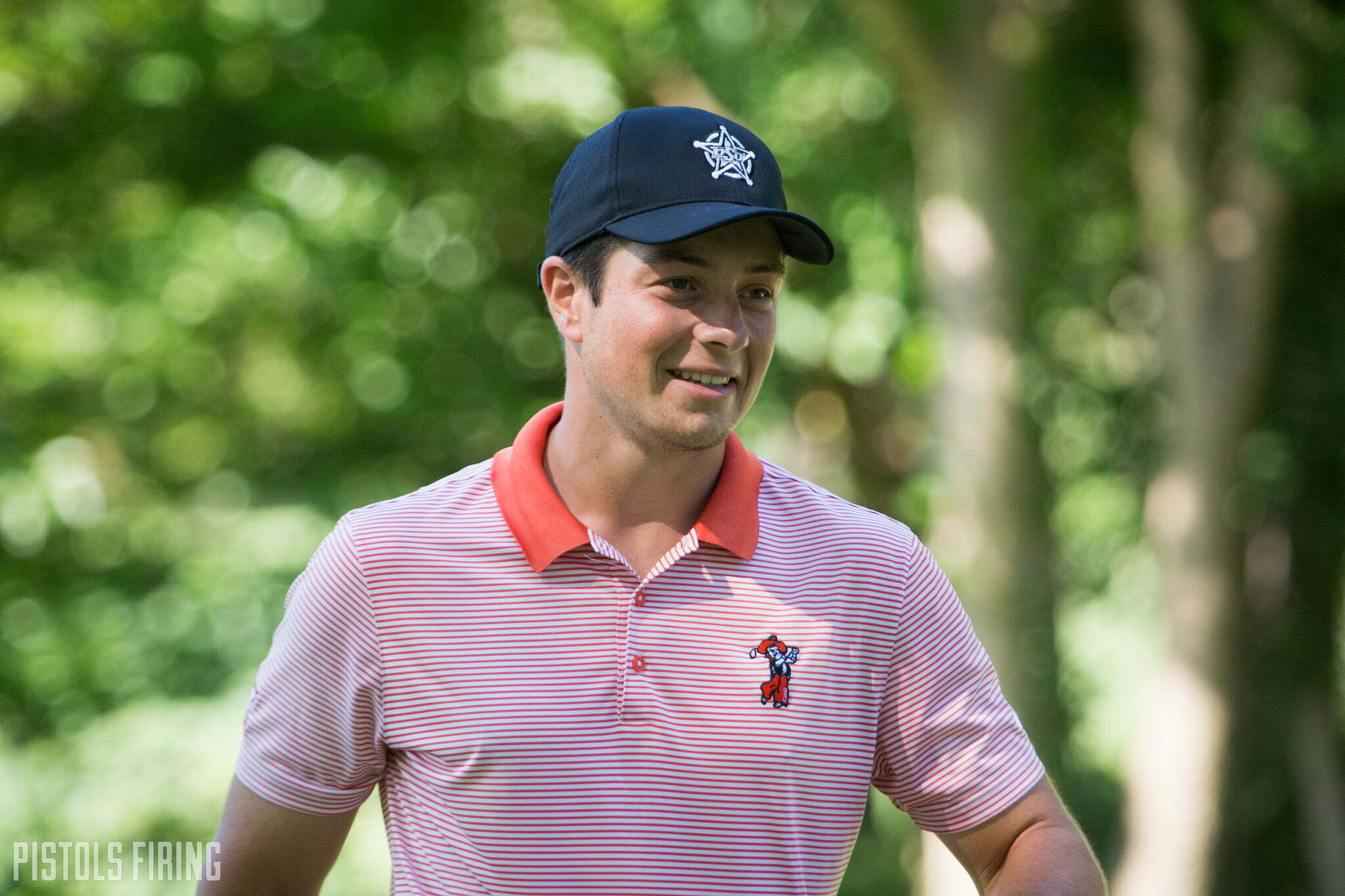 Guys, we may have gotten the wrong guy. Early this summer I was convinced that Matthew Wolff was the player on Oklahoma State’s golf team with the highest future ceiling, and while I still mostly feel that way, Viktor Hovland is at least making it interesting.

Hovland took the 2018 U.S. Amateur at Pebble Beach on Sunday 6 and 5 over Devon Bling of UCLA. It touched off a complete and total heater for Hovland in which he made 25 birdies in 71 holes over his final four matches.

.@OSUCowboyGolf's Viktor Hovland wins the US Amateur at Pebble Beach in one of the most dominant performances you'll ever see. Didn't trail for his final 86 holes.

His shot of the day on Sunday against Bling, who never led him, came early. Hovland was dead on the par-4 fourth, and he somehow got up and down from this preposterous lie off the planet, which led to birdie and a 1-up lead over Bling. Hovland would lead the rest of the way and concluded the morning session with a big boy par after nearly hitting it in the ocean at Pebble’s iconic 18th hole.

A successful morning for Viktor Hovland has him in good position as he starts the afternoon of the #USAmateur. pic.twitter.com/ECB4xHOa0Z

His final act was a simple one. A par at the par-4 13th to become the 118th U.S. Amateur. OSU coach (and Hovland’s caddie for the week) Alan Bratton congratulated him like he’d just made a par on the third hole of a practice round at Karsten.

Hovland finished T24 in the two-round stroke play portion of the event before lighting it up in match play.

“The first few days seems a little blurred right now,” Hovland told Holly Sonders of FOX after the victory. “It seems like two weeks ago. I just started hitting it a little better in the practice rounds and went from there. I started seeing good shots, and it just came natural.”

Hovland is the fifth U.S. Am champ in OSU history, following in the footsteps of Labron Harris (1962), Bob Dickson (1967), Scott Verplank (1984) and Peter Uihlein (2010). Bratton caddied for both Uihlein’s win at Chambers Bay and this one at Pebble Beach.

“It made it even greater,” Hovland told FOX with an emotional Bratton looking on. “It couldn’t have been much better.”

The win gets Hovland into the 2019 Masters and 2019 U.S. Open (which will again be played at Pebble). It also adds Hovland to a list of former U.S. Am winners that includes big dogs like Phil Mickelson, Jack Nicklaus, Justin Leonard, Tiger Woods, Matt Kuchar, Ryan Moore, Matthew Fitzpatrick and Bryson DeChambeau.

“Tiger who?” Hovland joked with Sonders. “If I can follow Tiger and those guys’ footsteps just for a few steps that’s more than I could ever ask for.”

He did so for more than a few for maybe the most special week of his life at one of the more special locations in all of golf. Viktor Hovland, United States Amateur champion. Sounds pretty fantastic. The summer of OSU golf continues.