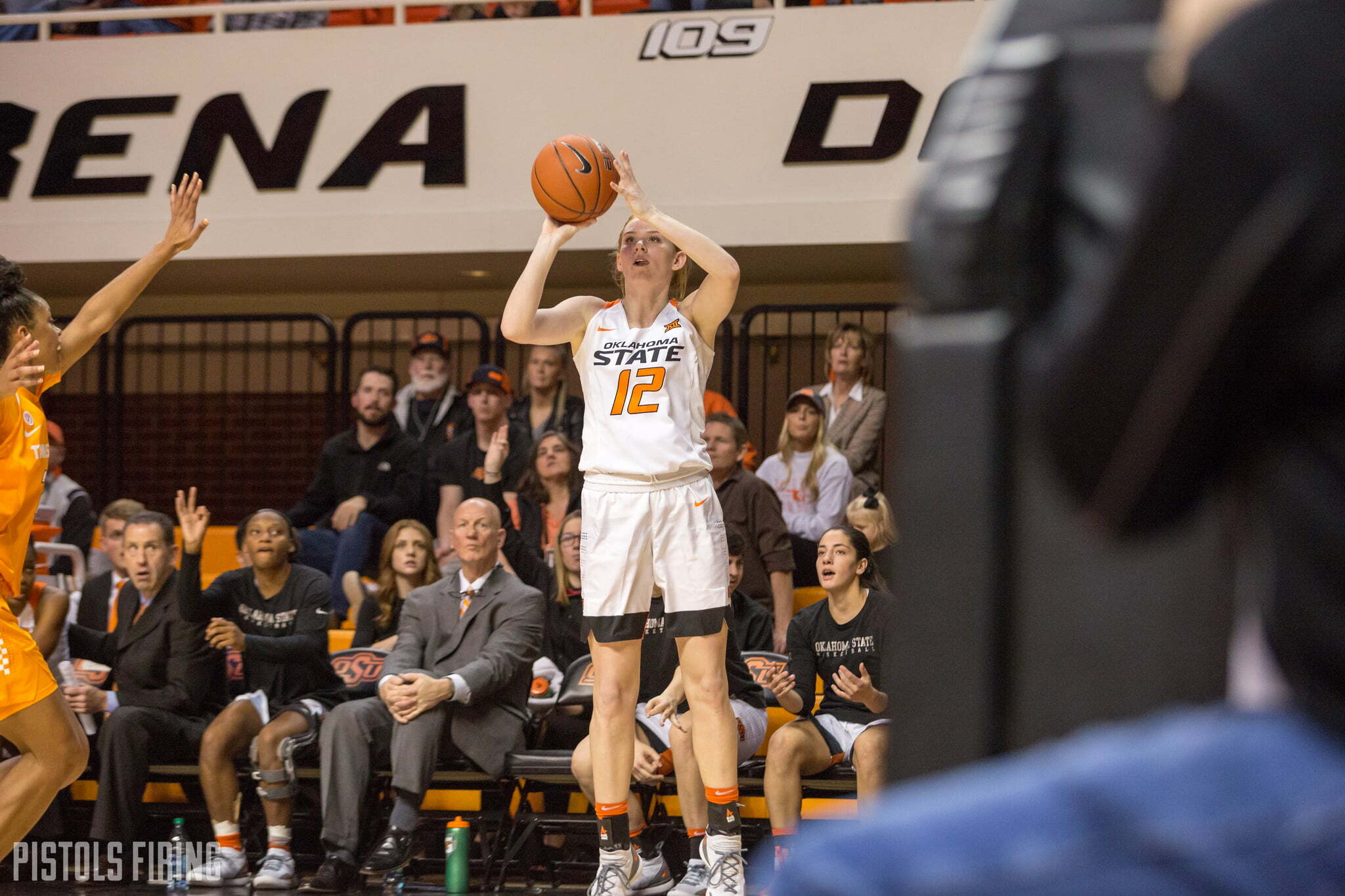 The Cowgirls have hit quite the rough patch as of late, losing seven of their past eight games. OSU fell twice this past week, starting with the Cowgirls’ 61-55 loss to Texas on Tuesday before losing 89-67 to Iowa State on Saturday.

Against the Cyclones, OSU sophomore Vivian Gray scored 31 points, but Iowa State countered that by having five players score in double figures.

Ever see anybody drop 30 in 60? You know @vivian_gray_30 piles points in a hurry. Watch yesterday’s 31-point performance in 1 minute. #okstate pic.twitter.com/elyVspWq20

The Oklahoma State softball team started it’s spring schedule 10 days ago, and the Cowgirls have already played 10 games, coming out 7-3.

No. 20 OSU started its season with the Houston Invitational where the Cowgirls finished 5-1 with their only loss coming in their season-opening game against Illinois, a team they would beat the following day.

Then OSU traveled to Florida for the Clearwater Elite Invitational. There, the Cowgirls were 3-2, but every team they played was either ranked or receiving votes.

Up next, the Cowgirls will head to Palm Springs, California, and take part in the Mary Nutter Classic from Thursday to Saturday.

ICYMI: Two fourth-inning rallies helped #OKState sweep a Saturday doubleheader at the @SPCEliteInvite. A look at the first one that was sparked by @madisue1018 and @Ms_Bayless9: pic.twitter.com/scUqRGHRXs

The OSU tennis teams are on a bit of a break.

The Cowgirls pick action back up this weekend at the Blue-Gray Championships in Alabama. After a hot start, the Cowgirls have dropped their past four matches, including their two matches at the ITA National Team Indoor Championships. The Cowgirls are 4-5.

The Cowboys are 6-3, with one of their recent defeats coming to No. 1 Wake Forest, 6-1. The OSU men resume their season Feb. 27 against San Diego.

The OSU women’s track team picked up a trio of first-place finishes this weekend at the Arkansas Qualifier.

Aaliyah Birmingham won the women’s 60 meters with her 7.33. That time broke her school record. Rilee Rigdon won the 800, and the women’s 4×400 meter team also finished first.

For the OSU men, Garrett Calhoun finished second in the men’s 800. Malik Givens, also on OSU’s football roster, was the Cowboys top finisher in the 60 meters with his 6.89, good enough for fourth at the meet.