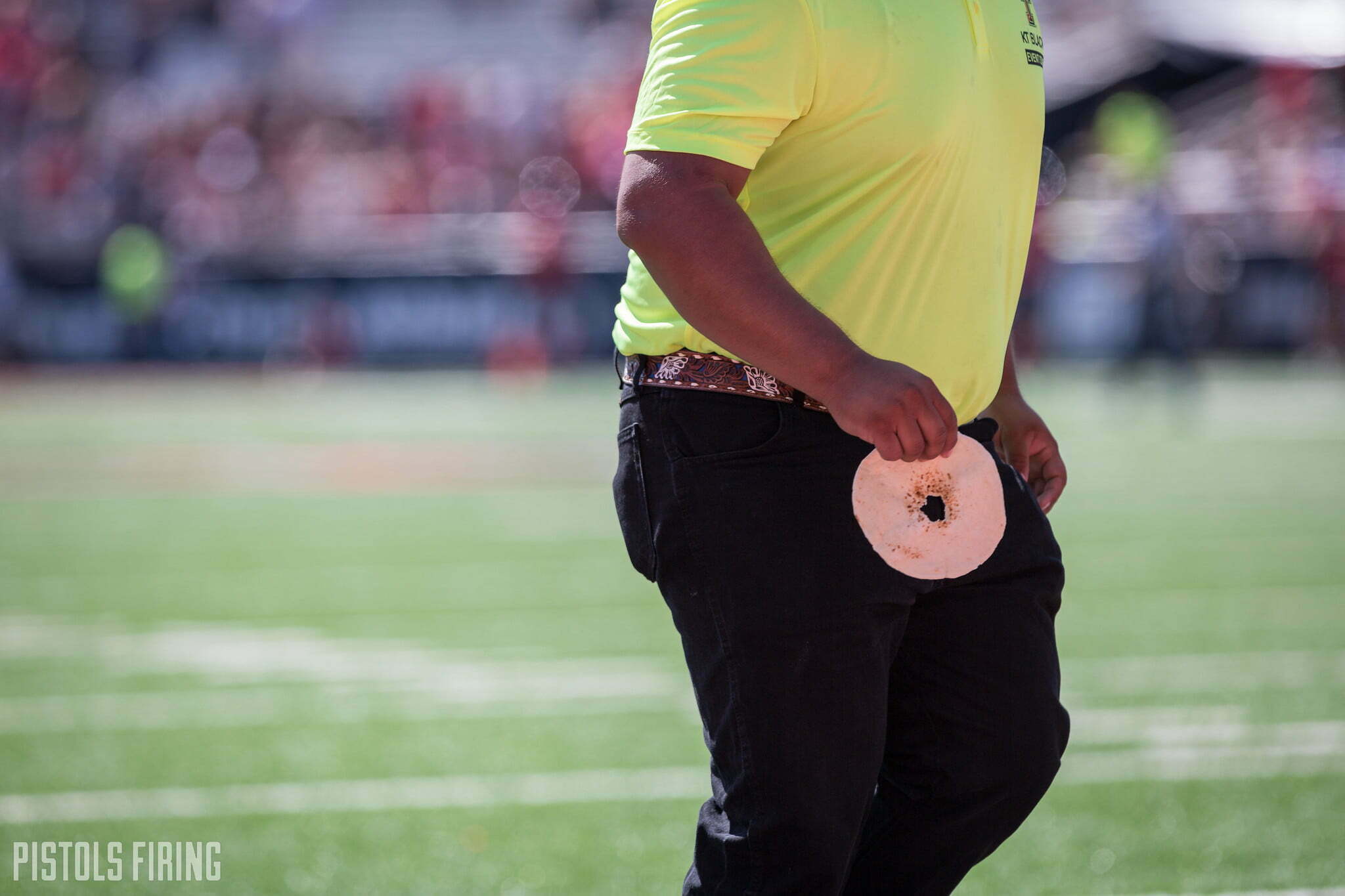 Patrick Mahomes quite literally broke the bank — or at least the brain of half of the country — by signing a deal Monday that, with incentives and escalators, is worth half-a-billy (with a B!)

It’s not necessarily surprising that he signed such a lucrative deal or that the Chiefs locked him down until he’ll be old and gray. (And by old and gray I mean early 30s.) He’s an MVP winner, the league’s most well-known player, and a Super Bowl winner to boot.

But as I was doing research on Mahomes, I remembered Mahomes’ recruitment and an all-time sliding doors moment: what if he’d committed and signed with Oklahoma State?

Before committing to Texas Tech in April of 2013, only three programs had extended him scholarship offers: Tech, Oklahoma State, and Rice. The Red Raiders were the first to offer, in January of that year. Rice offered a few days later and OSU offered in April.

It wasn’t surprising that Tech jumped out to the lead and ultimately nabbed him. After his January offer, he visited Tech’s junior day in February, visited against in April, and shut it down for good. His Tech commitment was less than a week after OSU offered.

Why OSU wasn’t a suitor

OSU could have perhaps been a great fit for Mahomes’ skill set. After winning a Big 12 title two years prior with a big-armed quarterback named Brandon Weeden, Mahomes could easily have seen himself playing a similar role as the catalyst to OSU’s high-powered offense.

But as luck would have it, timing is everything, and timing, in this case, was poor. OSU had offered a young man from South Carolina named Mason Rudolph in February of that year, and Mike Yurcich was seeing that through despite an April offer to Mahomes. In June, Rudolph committed to Oklahoma State. He completed three 10-win seasons as OSU’s starting signal-caller.

Also lost in the Mahomes race: Wes Lunt was coming off a freshman season in which he’d decided he wanted to transfer. Around when Mahomes’ recruitment was heating up, Lunt was seeking out other schools — and bad press was following OSU in that specific time because Mike Gundy was blocking Lunt’s transfer. At the time, he wouldn’t release him to join any Big 12, SEC or Pac-12 teams (Lunt ended up at Illinois).

2012 also happened to be the year of chaos in OSU’s quarterback room. Three different quarterbacks attempted 125 or more passing attempts (led by Clint Chelf and followed by J.W. Walsh and Lunt). There was no real separation as to which direction OSU was going leading into the 2013 season, when Mahomes was sifting through his options. But after seeing Chelf and Walsh light it up perhaps he saw OSU didn’t provide the best path to playing time, especially if Walsh took a step forward as many at that time expected.

OSU’s 2014 class is arguably one of Gundy’s best-ever in terms of top-end talent. The class ranked 27th nationally at 247Sports and fourth in the Big 12. Here are the headliners:

I think it worked out for both Oklahoma State and Pat Mahomes that things worked out the way they did. OSU took its program to new heights of consistency under Mason Rudolph. Texas Tech set new offensive records under Mahomes before he was drafted. But it’s crazy to think about the potential that Mahomes could’ve been a Cowboy and where OSU would be had that potentially happened.