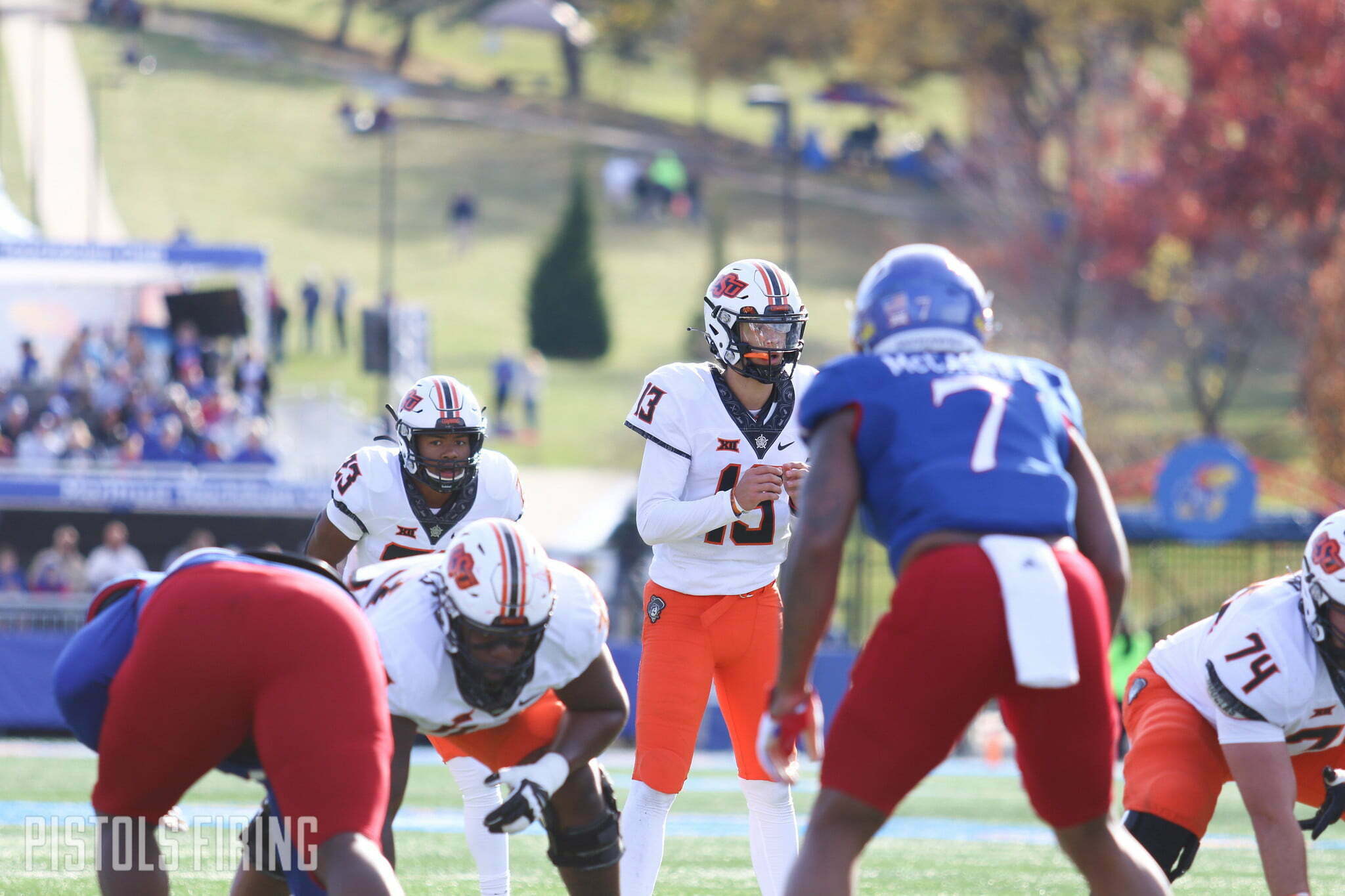 For the first time all season, Oklahoma State on Sunday was not ranked in either the Coaches Poll or the AP Top 25 college football rankings.

The Cowboys on Sunday dropped out of the rankings first in the Coaches Poll earlier on Sunday and that was followed Sunday afternoon by a 12-spot drop from No. 18 all the way to the ranks of the unranked in the AP. OSU received 21 total votes and would rank No. 30 if the AP poll went that far out. That was one spot ahead of Baylor and two spots ahead of Kansas, the latter of which was responsible for the rankings plummet after kicking OSU’s tail 37-16 in Lawrence over the weekend.

Big 12 in the latest rankings

With OSU out of the AP Top 25 on Sunday, it ends a streak of 22 consecutive sets of rankings that had the Cowboys inside the top 25, which dated back to the Sept. 26, 2021 AP poll. That was the fifth-longest run in school history, falling one shy of matching the fourth-longest streak of 23 consecutive appearances in the AP poll which took place from 2016-2017.