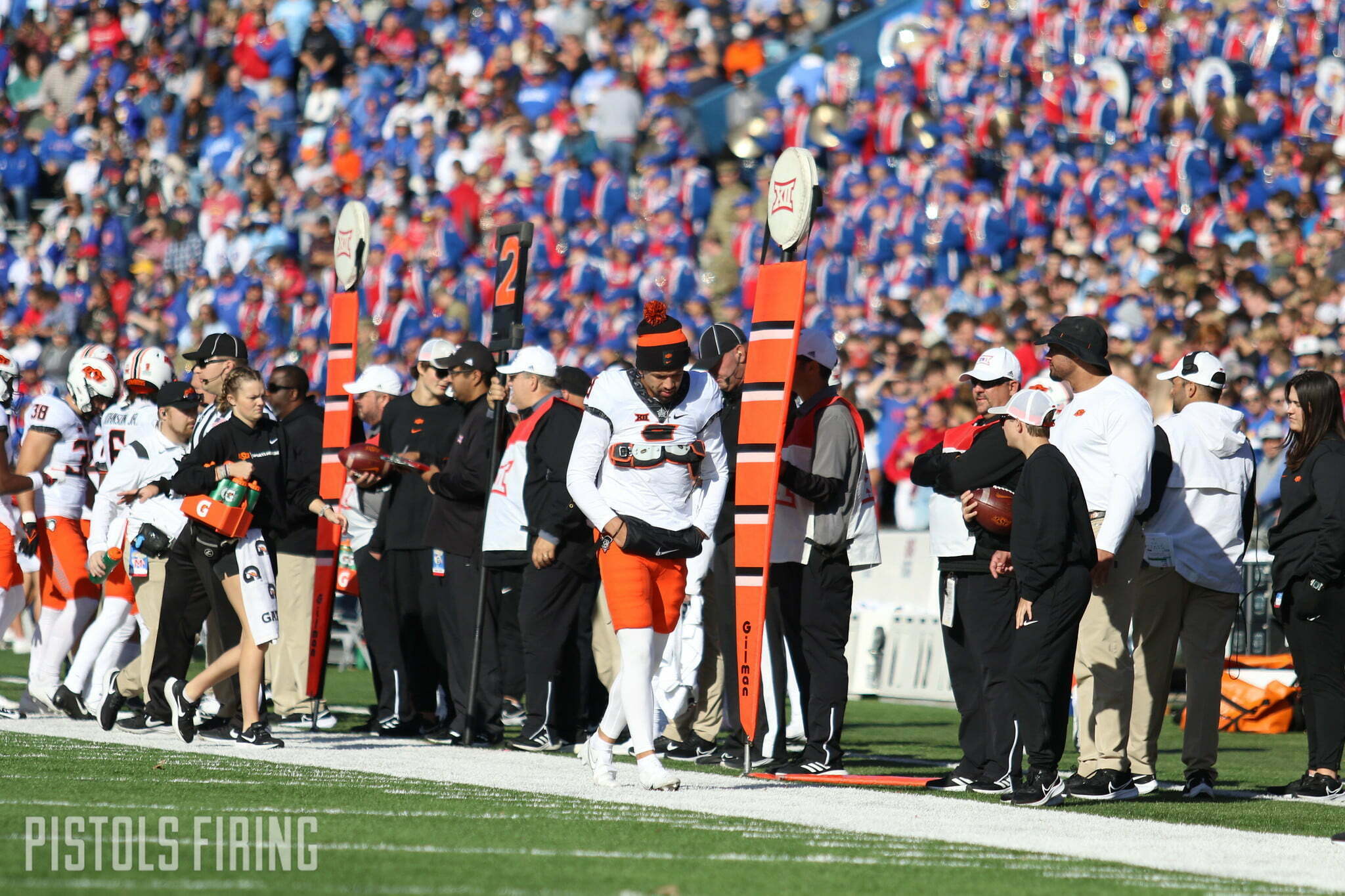 After getting shellacked on Saturday on the road in Kansas — for a second consecutive week — Oklahoma State on Sunday mercifully dropped out of the college football rankings.

The Cowboys fell out of the Coaches Poll all the way to the “others receiving votes” category. If the poll extended far enough, OSU would rank 29th after receiving 53 votes. That puts OSU (somehow) fourth among Big 12 teams behind TCU, Texas and Kansas State. Kansas (also somehow!) earned fewer votes than Oklahoma State.

OSU was ranked No. 18 in the poll last week which makes it the highest ranked team from a week ago to fall out of the poll. It was one of three teams to go from ranked to unranked this week joining Wake Forest and Syracuse.