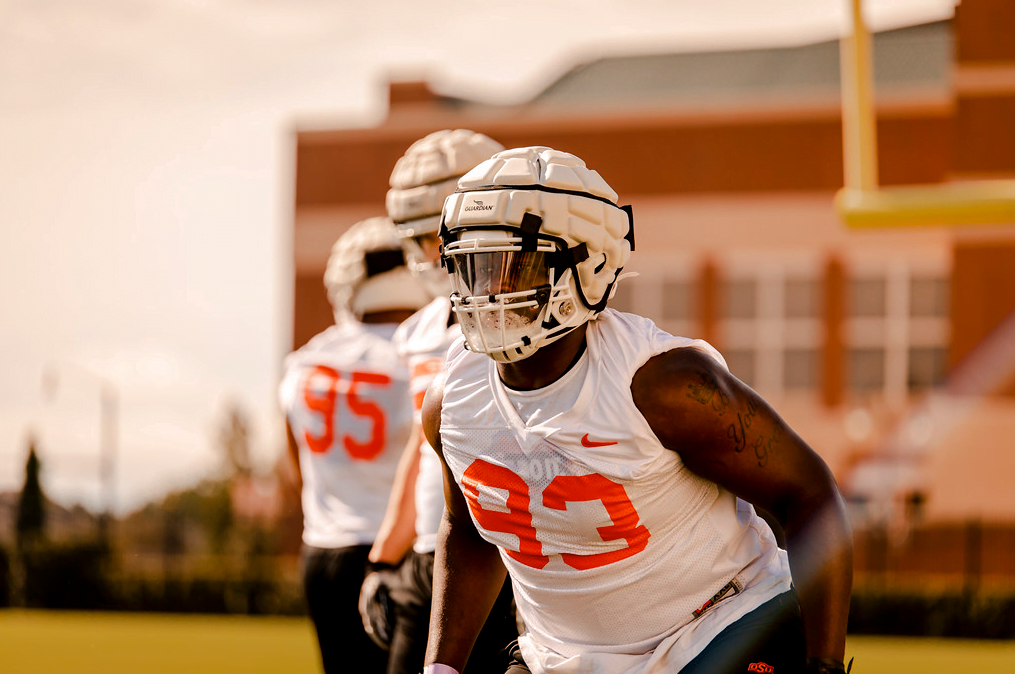 Arkansas transfer defensive lineman Collin Clay announced on Thursday that he recently suffered an ACL tear, ending his 2020 season before it began.

Clay announced the news in an Instagram post while also revealing that his waiver to play immediately in 2020, which he’d been waiting months to hear back on, had been granted by the NCAA.

“Man, this year has been a battle for me,” he said. “Today I was granted eligibility to play this season but I have recently suffered an ACL tear. I know God has his plan written for me and I know he wouldn’t throw anything at me that I couldn’t handle. I will be coming back stronger than ever!”

Clay committed to OSU last December after a freshman season at Arkansas in which he played in 11 games. He left the school after the head coaching change, and returned closer to home. (He attended Putnam City.)

Before the injury, Clay, a defensive end in high school, had been drawing rave reviews in fall camp. He was expected to be in the rotation at defensive tackle.

“He’s on a defensive line where we have quite a bit of depth, so he rotates in and he stays fresh, which is an advantage for all those big guys,” Mike Gundy said two weeks ago. “I like his attitude, and I like his work ethic at this time. Hopefully his waiver will get approved at some point and he can be a part of our team on game day.”

OSU’s depth chart released earlier this week did not include Clay, which is likely because of the season-ending injury. Israel Antwine and Cameron Murray are the listed starters at defensive tackle, with Brendon Evers and Sione Asi listed as the No. 2s.