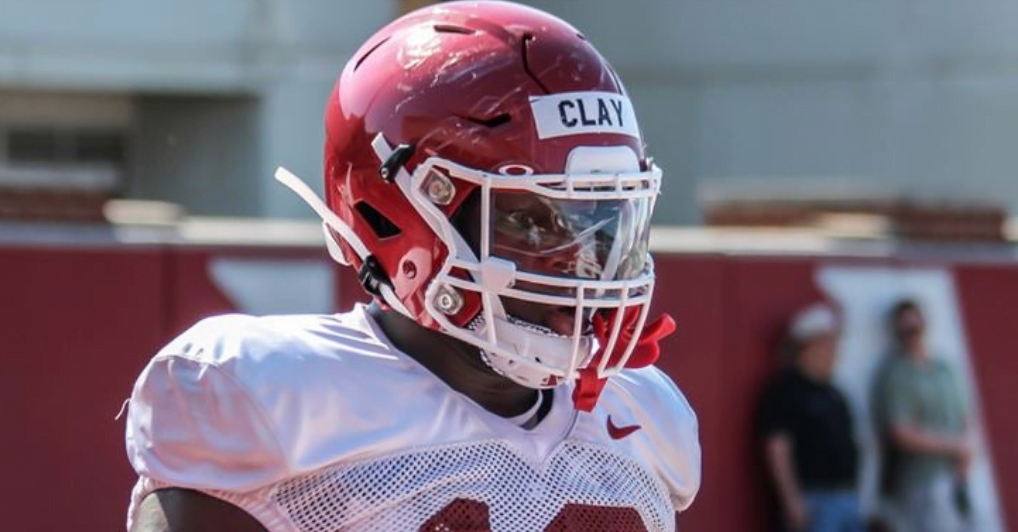 Clay committed to the Cowboys on Monday, confirming what we reported on the PFB+ board over the weekend that Clay was OSU-bound. Sources told PFB that he signed in the last week and was seen donning Oklahoma State gear rooting for OSU in the Texas Bowl as they took on Texas A&M.

“After much prayer and consideration with my family, I will be attending Oklahoma State University,” he said in a tweet.

I want to Razorback nation for all of the love that was given to my family and I while I was here. I want to thank every last coach that poured into me at this university. After much prayer and consideration with my family, I will be attending Oklahoma State University #GOPOKES🍊 pic.twitter.com/7yH9Hx4pEq

Clay, a 6-foot-4, 261-pound recruit from Putnam City, originally signed with Arkansas as part of the 2019 recruiting class. A four-star prospect, he picked the Hogs over Oklahoma State despite a long and spirited push by the OSU coaching staff. OSU kept at him until the end, and apparently left things on a good-enough note that he was comfortable making his original destination B his new destination A.

Clay hasn’t said exactly why he transferred away from Arkansas, but a miserable regular season and an offseason head coaching change likely played a big part. Still, in a down year, he managed 11 tackles and played in 11 games as a true freshman.

What will be interesting to watch is whether Clay can petition the NCAA for immediate eligibility. Last year, a year removed from former in-state star Israel Antwine picking Colorado over OSU in his recruitment, Antwine transferred to OSU and gained immediate eligibility by moving back to his home state. Clay is doing the same and may have a good case, as he’s in a similar situation as Antwine — moving closer to home, left after a coaching change. The NCAA has ruled favorably for many in Clay’s shoes.

If Clay can indeed get eligible immediately, he’d be an unexpected boost for an OSU defensive line that could use it. OSU signed junior college defensive end Tyren Irby and high school DT Grant Mahon as part of its 2020 defensive line class, but it’s still unclear at this point if either can contribute in 2020. Given Clay’s profile as a recruit and production at Arkansas, it seems OSU can at the very least squeeze rotation minutes out of him next season if he’s able to successfully petition the NCAA for a waiver.