Artrell Woods, who has been heavily quoted thus far in the Sports Illustrated series, put out a few posts on Facebook that are pretty intense (NSFW language): 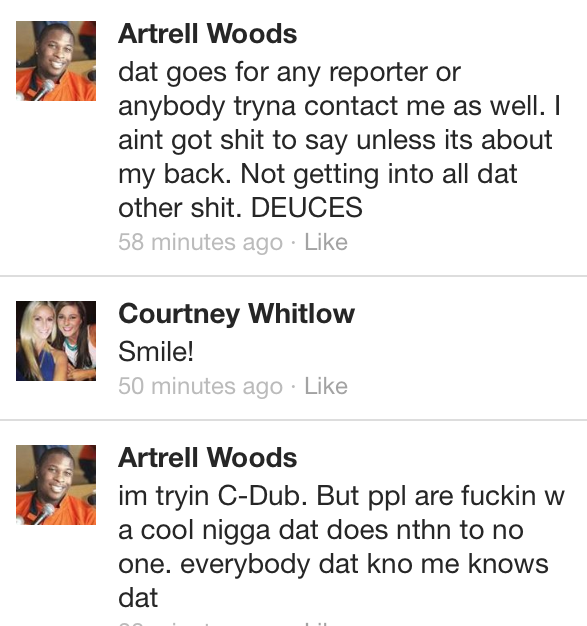 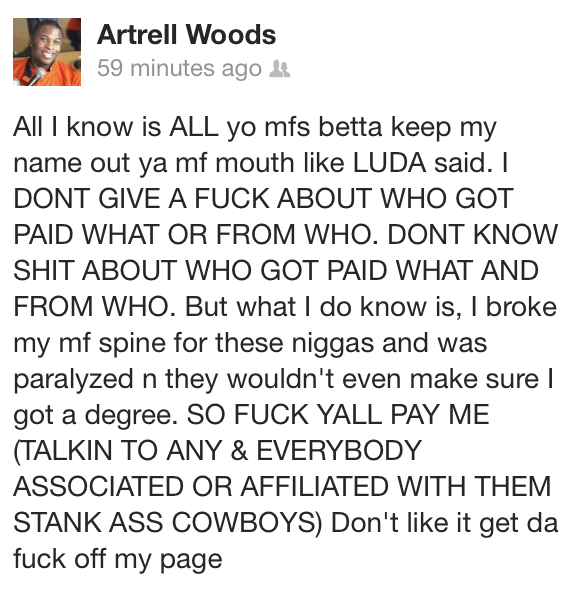 As one reader humorously pointed out, there should be a lot of questions about this Luda thing.

@sir_jeffrey1003 @pistolsguy The real question here is… which booster paid for him to go meet LUDA??

And Woods was quoted in the article from Tuesday saying this about Bobby Reid:

Woods says Reid’s bonus money had dried up. Says Woods, “They cut his ass off.”

So yeah, his claim about not knowing poop about “who got paid what” seems a bit dubious at best.

@pistolsguy Wait, Part 1 cited him twice about improper payments. So how does he not know who got paid or what?

I’m just pissed that amidst all the cheating nobody taught him how to use a comma.