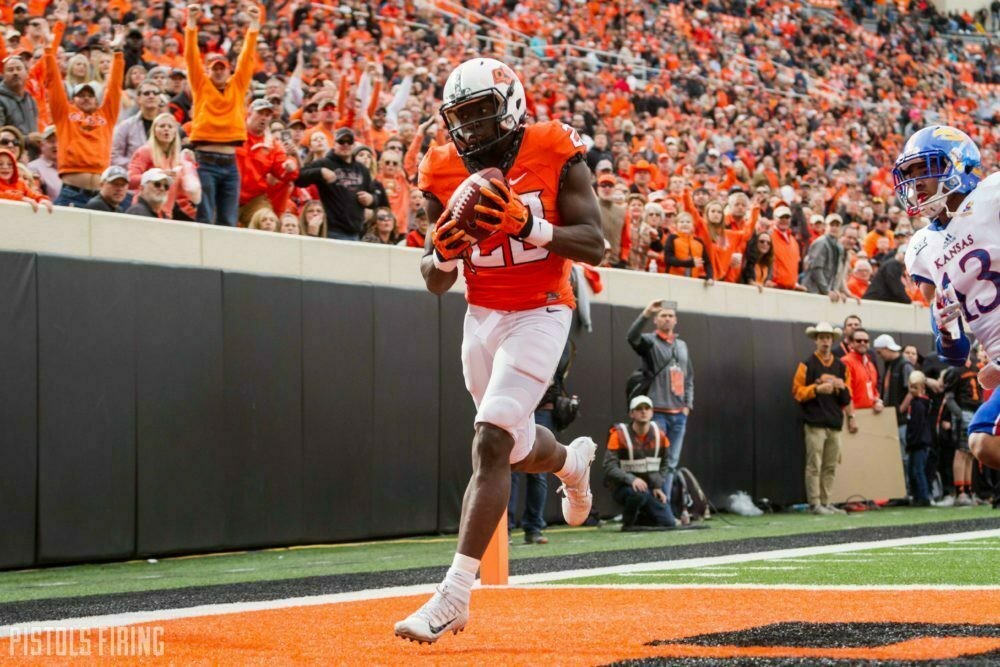 Oklahoma State has owned Kansas for the entire decade. Like most who face the Jayhawks, the Pokes have won at an exceptionally high rate.

Surprisingly, it hasn’t always been that way.

Here’s a brief recap of the series between the two programs as they prepare for war this weekend.

I guess I shouldn’t be terribly surprised by this — (spoiler alert: Kansas is really bad!) — but OSU carries a 10-game winning streak over KU into Saturday’s game since 2010. The closest game of the last 10 was a 2012 showdown in Lawrence, Kansas, when Charlie Weis and his squad fell 20-14. (The next closest was in 2014, when OSU pulled away late to win 27-20. Thanks, Tyreek.)

There’s been some pretty lopsided affairs in favor of the orange and black during that span. OSU crushed KU in 2015, 58-10, in Stillwater. It also won handily, 58-17, in 2017. Things tend to be a bit tighter in Lawrence, but Gundy and Co. have faced four different coaches in five trips there. It’s hard to tell how much stock to put into that.

The all-time series favors Oklahoma State, 39-29, meaning if not for a wild 10-game winning streak in favor of OSU, the all-time series between KU and OSU would be tied. I’m too young to truly let that sink in.