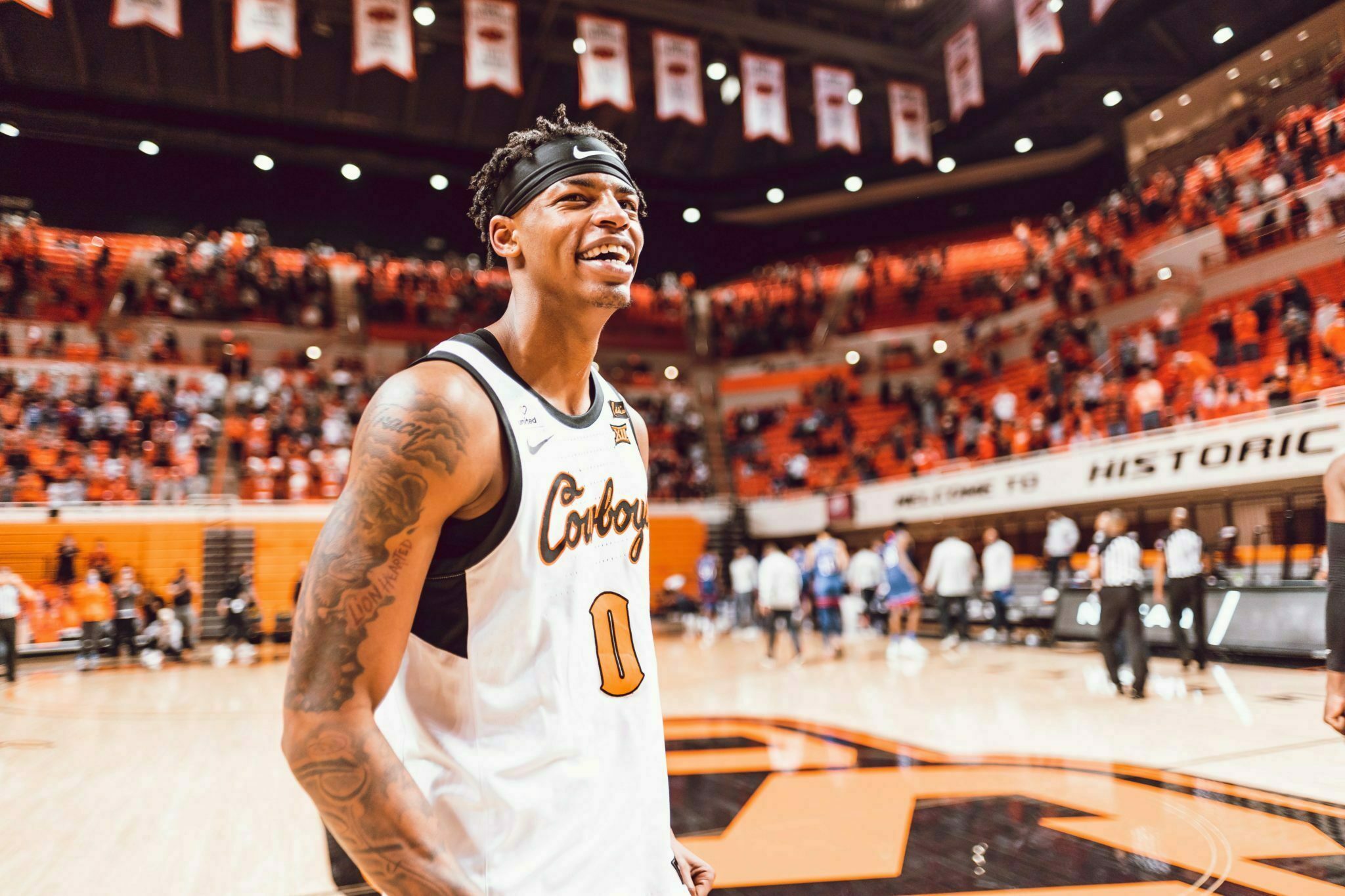 After producing last season’s Big 12 Player of the Year, the Cowboys aren’t getting a ton of preseason love entering the 2021-22 basketball campaign, but it’s certainly more than others.

Avery Anderson and Moussa Cisse were honorable mentions for the coaches Preseason All-Big 12 Team that released Wednesday, but Oklahoma State didn’t have a representative in the team itself. Those six slots (because of a tie) were Jayhawk-heavy.

Martin was named the Preseason Player of the Year. An Arizona State transfer, Martin averaged 19.1 points a game during his last two seasons with the Sun Devils before transferring to Lawrence.

Carr was named the league’s Newcomer of the Year (despite Martin also being a newcomer). Carr started his career at Pitt before transferring to Minnesota and now Texas. He averaged 19.4 points a game last season with the Golden Gophers.

Baylor freshman Kendall Brown is the league’s Preseason Freshman of the Year. Brown enters his collegiate career after being the No. 13 player in the 2021 recruiting class. He chose Baylor over offers from Kansas, Texas, Arizona, Arkansas, Illinois and others.

Kansas State, Iowa State and Oklahoma failed to get any sort of representation in the coaches preseason awards.

Anderson is expected to contribute mightily in the absence of No. 1 NBA Draft pick Cade Cunningham. Anderson averaged 12.2 points, four rebounds and two assists last season. He had a breakout game in Morgantown, putting up 31 points in the Cowboys’ regular season finale. Anderson kept that heat in the postseason, averaging 16.8 points a game in Big 12 and NCAA tournament games.

Cisse joins the Cowboys after spending his freshman season at Memphis. Cisse was the American Athletic Conference’s Freshman of the Year after averaging 6.6 points, 6.3 rebounds and 1.6 blocks a game. He recorded four double-doubles last season, including a 14-point, 13-rebound game against Mississippi Valley State.

The Cowboys start their 2021-22 season with an exhibition against Central Oklahoma at 7 p.m. Nov. 5 in Gallagher-Iba Arena.