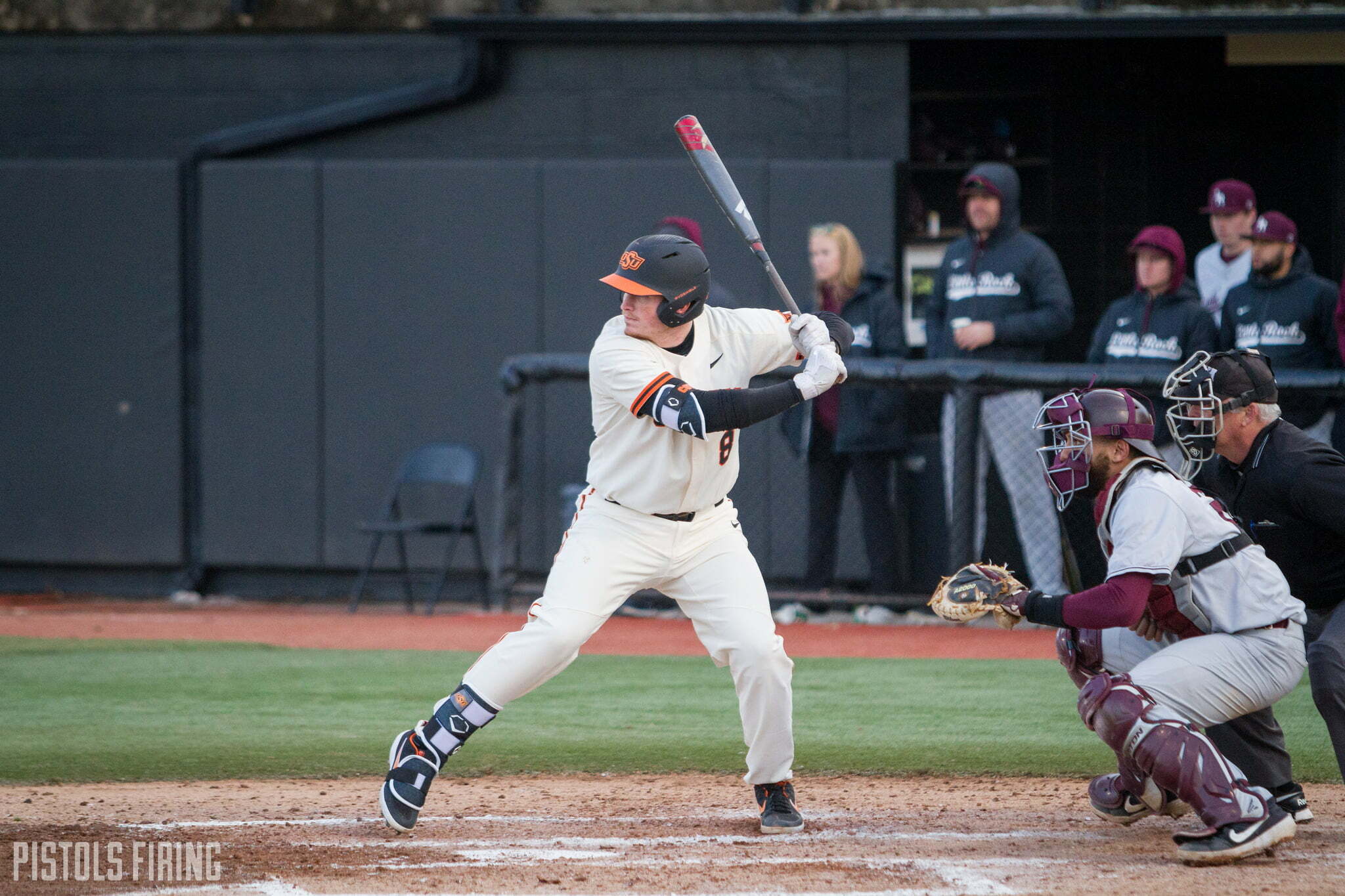 STILLWATER — Members of the Oklahoma State baseball team met with the media Monday to talk the Cowboys’ progress to this point and the upcoming game Oral Roberts on Tuesday. Here are some of the highlights.

The Cowboys have been on the wrong side of their past five (!) meetings with Oral Roberts.

The teams met twice last season where OSU was outscored 16-10. ORU and OSU will play the first of three scheduled meetings this year at 4:05 on Tuesday in Allie P. Reynolds Stadium. Only being an hour down the road, OSU coach Josh Holliday said playing teams that are going to win a majority of their games is part of building a quality schedule every year. He said he’s never understood why teams would shy away from playing a challenging team within driving distance of their campus.

The Golden Eagles started the season 3-3, sweeping Murray State in a three-game series before falling to Texas A&M-Corpus Christi, BYU and Ohio State. Although it’s been a while since his team beat ORU, Holliday said that doesn’t necessarily mean the Cowboys enter Tuesday with something to prove.

“We shouldn’t need that to have the right mindset coming in, but in the grand scheme of athletics, sometimes that stuff is talked about or spoken on,” Holliday said.

“I don’t think their team or our team are really the same two teams that have gone head-to-head in those last four games. There’s a lot of new players on both teams. It’s still two good programs competing at a high level. It’s good college baseball. It’s good coaches, and it’s what you want.”

He’s off to a good start after getting architectural engineering degree from Stanford. Carter said he is more interested in appealing to players with stadium designs because he felt sometimes that can get lost with appealing to the fan, something he said is obviously important.

Carter was handy for his coach this summer when Holliday was going into the developments of O’Brate Stadium. Carter said he’d get called in every so often to talk Holliday through something.

“He can read a blueprint better than I can,” Holliday said. “He can explain some things that I can’t quite understand, and that’s pretty cool for him. He’s got great personal goals in his life to be an elite ballpark designer and build somebody else’s dream house.”

Morrill was originally thought to be competing for time at shortstop, a position Max Hewitt has played nicely in to this point. Morrill started at shortstop in the middle game of the Rio Grande Valley series, but his only two other starts came Saturday and Sunday at second base.

Hewitt has a .409 batting average through his first 22 at-bats. Morrill’s start, though a lesser sample size, has also been quite impressive. Morrill has gotten hits on seven of his first 11 at-bats, a team-high .636 average.

Where the two have struggled have been defensively. They each have three errors, tied for a team-high, giving Hewitt a .880 fielding percentage and Morrill .800. It’s can be attributed to growing pains, as though Hewitt is a junior, he started only nine games in 2018 after transferring from Connors State. And Morill is only a freshman.