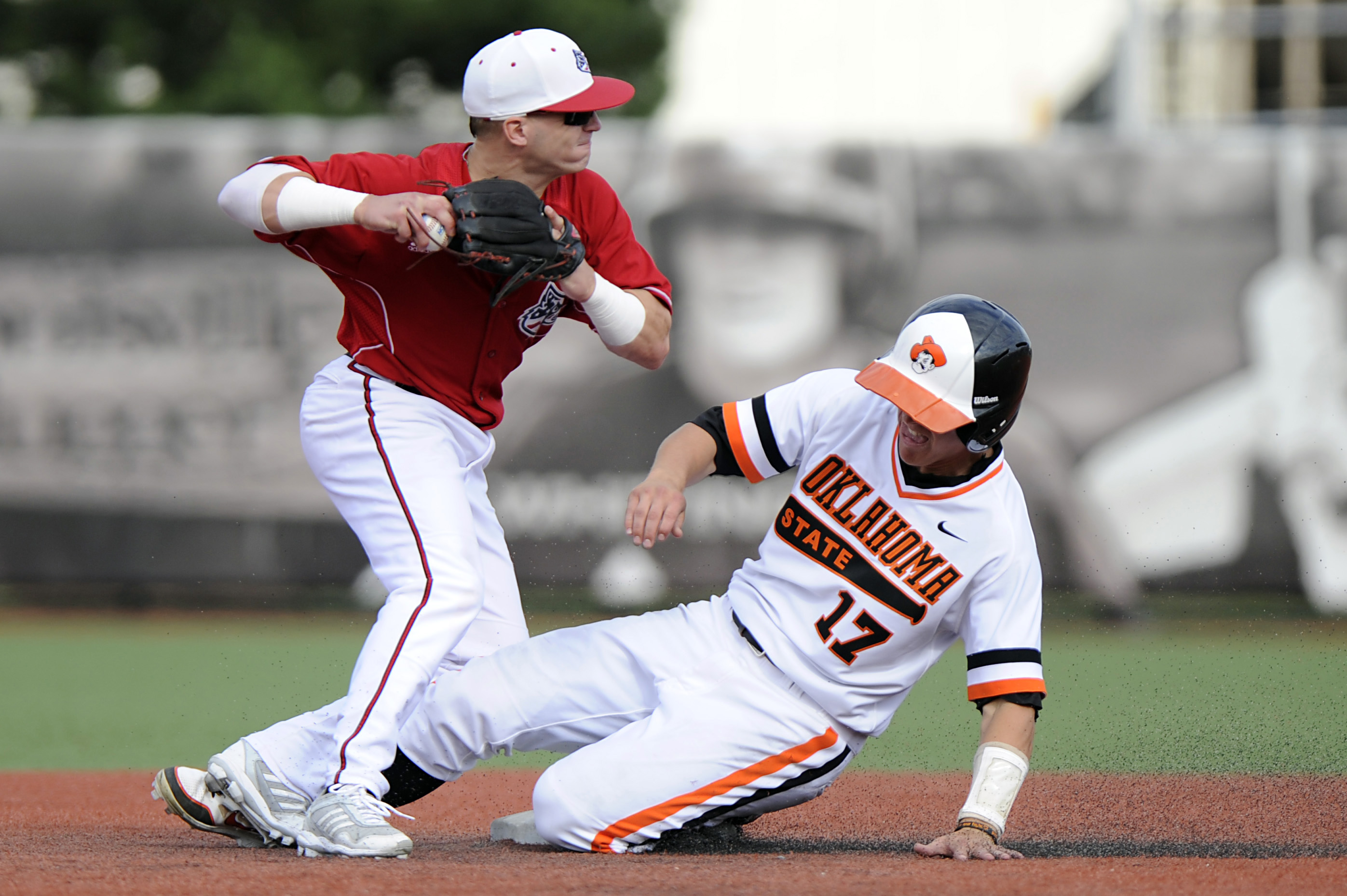 This is the first part of our 2014 baseball preview by Aaron Schnautz. He will be contributing pieces on the baseball team all season which I’m very excited about.

The son of former OSU head coach Tom and older brother of current St. Louis Cardinals outfielder Matt came in and hit the ground running. He added defensive coach and expert recruiter Marty Lees from Oregon State, and brought in Rob Walton from ORU to be the pitching coach.

Many thought Walton was destined to be the next head coach, but he had no problem accepting an assistant coach position to be part of Holliday’s staff. OSU was picked to finish fifth in the Big 12 preseason poll, and had little national attention heading into the season.

The Cowboys started the season with a tough test, a three-game series at No. 21 New Mexico. OSU took two of three, including a 13-inning comeback thriller that would become the theme for the season.

They returned from New Mexico and rattled off seven straight wins and 16 out of 18 to end non-conference play at 18-3 and No. 20 in the polls. That momentum carried into the first half of Big 12 play, with OSU splitting two games against defending Big 12 champion Baylor and two of three against Texas.

There was a midseason stumble though, as OSU lost two of three at Kansas and at TCU.

However, the team won four of their next five before traveling to Omaha, where they won all four games in the TD Ameritrade Classic. From there, they took two of three each from Tech, OU and West Virginia to close the regular season with a 13-10 conference record, second best in the Big 12.

Despite going 0-3 in the Big 12 Championship, the Cowboys still got a postseason berth, going as the 3-seed to the Louisville Regional, along with The U of Miami and Bowling Green. OSU lost the first game to Miami, putting them one loss away from the offseason.

But the Cowboys continued to show the resiliency they had all season. They beat Bowling Green and notched their 18th comeback win of the season against Miami the next day to face Louisville in the regional final.

The magic would end there, however, as the Cowboys lost 12-3. Shortstop Randy McCurry and outfielder Gage Green were named to the Louisville Regional All-Tournament team as OSU finished with a 41-19 record.

Even though they didn’t make it to Omaha, this team accomplished quite a lot:

The Cowboys also had two players drafted: Pitcher Jason Hursh, coming off a season with six wins and 86 strikeouts in 106.1 innings and just a year removed from Tommy John surgery, went 31st overall to the Atlanta Braves; and shortstop Randy McCurry was drafted in the 23rd round by the Arizona Diamondbacks.

First baseman Tanner Krietemeier was the offensive MVP for the Cowboys, leading the team in batting average (.314), runs (42), RBIs (45) and hits (72). On the mound, the honor goes to reliever Vince Wheeland, who led the team in wins (8), appearances (30), and was second with a 1.97 ERA. He was Holliday’s go-to guy when the team was in a jam, and Wheeland got the job done more often than not.

In all, it was a highly successful first year for Josh Holliday and the Pokes. The program is back in the national spotlight, and the upcoming season is looking bright for a return to Omaha.

Check back tomorrow for a look at the Cowboys In The Pros.