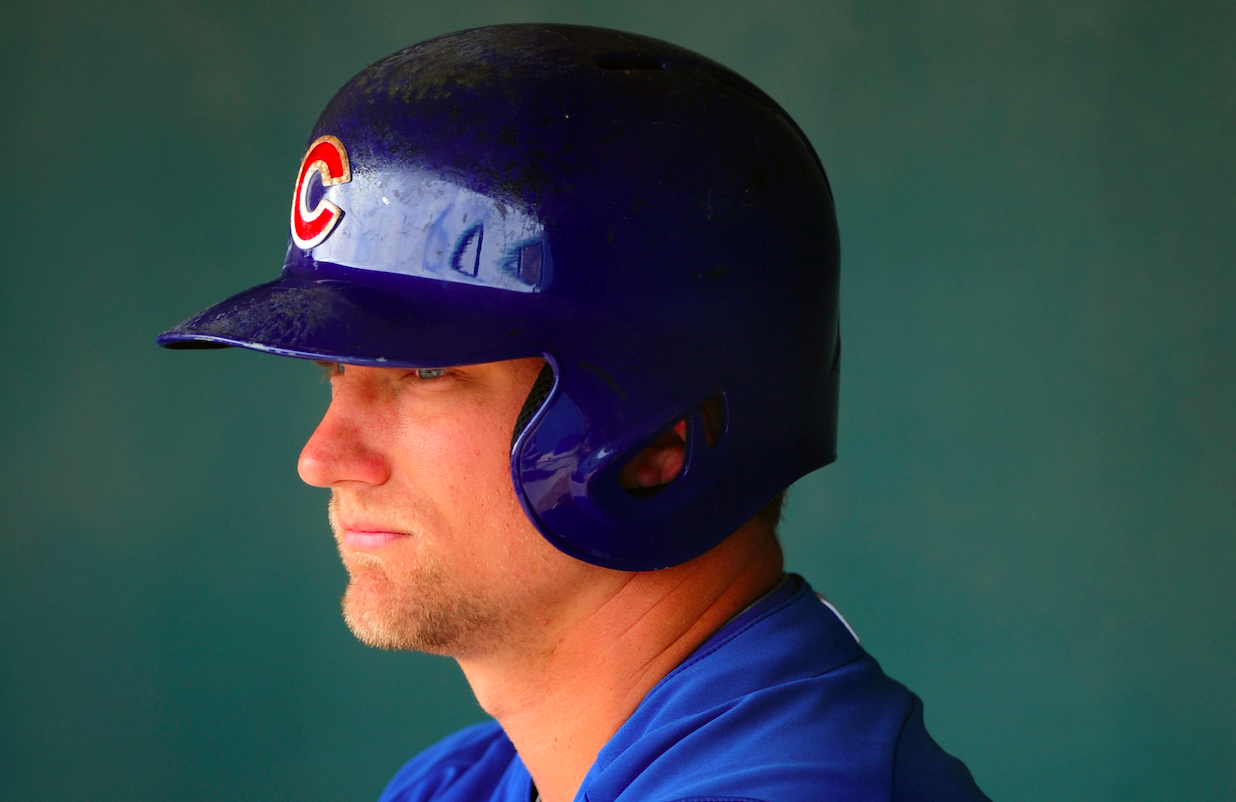 Part I on MLB players, coaches, and the first half of Triple-A guys is here.

Each former player is listed with the years he played at OSU in parentheses.

The first baseman was selected by Pittsburgh in the 2008 draft and is currently at Triple-A Indianapolis, along with Andrew Oliver. He hit .229 with seven RBIs in 30 games with Pittsburgh in 2012.

Taken by the Tigers in 2008, Weinhardt has made 30 appearances as a relief pitcher for Detroit, the last coming in 2011. He spent last season with the Triple-A Toledo Mud Hens, where he went 3-0 with a 2.83 ERA.

Wright has bounced between Double-A and Triple-A since the Cubs drafted him in 2007. Last season he hit .280 with six home runs and 36 RBIs for Triple A Iowa. He has yet to appear in an MLB game.

Heaney was selected ninth overall by the Marlins in 2010, and has quickly made a name for himself. Between A and Double-A last season, he was 9-3 with a 1.60 ERA in 18 starts. He has almost a 4/1 strikeout to walk ratio and at one point had a 34-inning scoreless streak.

He was just named MLB’s No. 1 left-handed prospect and could make it all the way to the majors this season.

Johnson got the call to Double-A last season after being drafted by Houston in 2011. In 42 games, the first baseman hit .252 with three homers and seven RBIs for the Corpus Chrisi Hooks.

The Brewers drafted Keeling in 2010, where he worked his way up to Double-A. He was traded to the Braves last season, and overall made 46 relief appearances with a 4.68 ERA. He has yet to appear in a Triple-A or MLB game.

The Evil Empire Yankees drafted Medchill in 2009. He made it to Triple-A last year, but struggled, hitting .211 with six RBIs. He’ll likely start at Double-A this season, but has a chance to move up to Triple-A by the end of the year.

The shortstop went undrafted in 2005 but signed with Toronto. He never made it above Double-A. Last season he hit .245 with 41 RBIs. According to his Twitter account, he is currently an instructor with the Chicago Cubs.

This outfielder was drafted by the Diamondbacks in 2010 and is currently with the Visalia Rawhide. Last season he hit .302 with 10 homers and 63 RBIs in 130 games. Another season like that will have him moving up quickly.

Shines went to the Dodgers in the 2011 draft, where he is currently with the Class A Great Lakes Loons. The outfielder struggled last season, hitting just .191 and striking out 48 times in 178 at-bats. However, he hit .267 in 2012, so there is reason to believe he can bounce back.

He went 3-2 for them last season with seven starts and 19 relief appearances. He has the potential to move up the ranks if his coaches ever figures out whether he’s a starter or a reliever.

Hursh was dominant as the premier starter for the Cowboys last season. The Braves took him with the 31st pick in the draft last year, and he went 1-1 with a 0.67 ERA in nine starts with the Rome Braves.

As long as he continues to progress, he should move up to Double-A sometime this season, and may even see a call up to the bigs when rosters expand in September.

The A’s drafted Strong in 2010, but he spent last season with the Wisconsin Timber Rattlers, the Class-A Milwaukee affiliate. The pitcher went 3-4 with a 3.31 ERA and had 98 strikeouts in 87 innings. He appeared as both a starter and reliever, so he has options as he progresses and gets called up.

Drafted by the Marlins in 2012. Last season he went 4-2 in 31 relief appearances, striking out 40 in 45 innings. He should see plenty of game time this season and could possibly see time at Double-A.

Arizona drafted McCurry last year and moved him from shortstop to third base. He hit .216 last season for the Hillsboro Hops, with seven doubles and 21 RBIs.

Stevens spent last season with the Hops as well, going 0-2 with a 5.51 ERA in 20 appearances. He did strike out 45 hitters in 32.2 innings, though, which is something that every team looks for in relief pitchers.