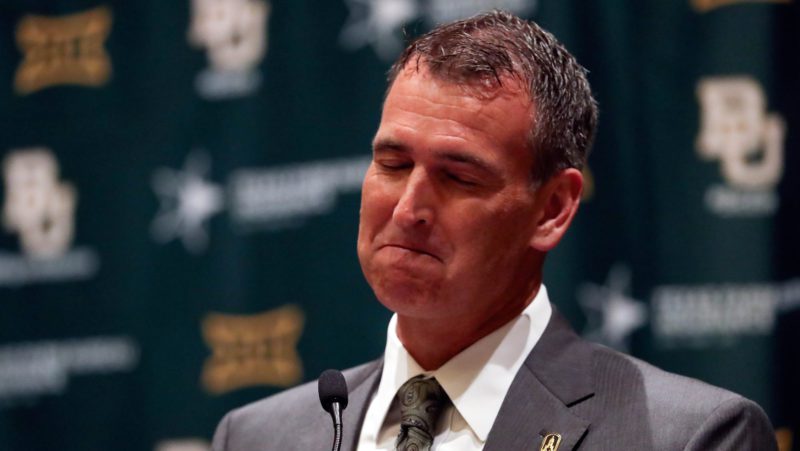 On Tuesday, while opening the introductory press conference for new head coach Matt Rhule, Baylor’s athletic director Mack Rhoades stated that no other candidates were offered the position.

This comes just one day after it was reported by Jim Traber of the Sports Animal that Mike Gundy turned down the school’s 10-year, $60-million offer.

Pat Jones, also of the Sports Animal-Tulsa (and Gundy’s former head coach at Oklahoma State) also reported that Baylor had made an offer for the current Cowboy coach’s services.

Someone is not telling the truth. And I’m not exactly sure who I believe.

Either Jim Traber or Baylor's AD is lying. https://t.co/NBoqZNlYkt