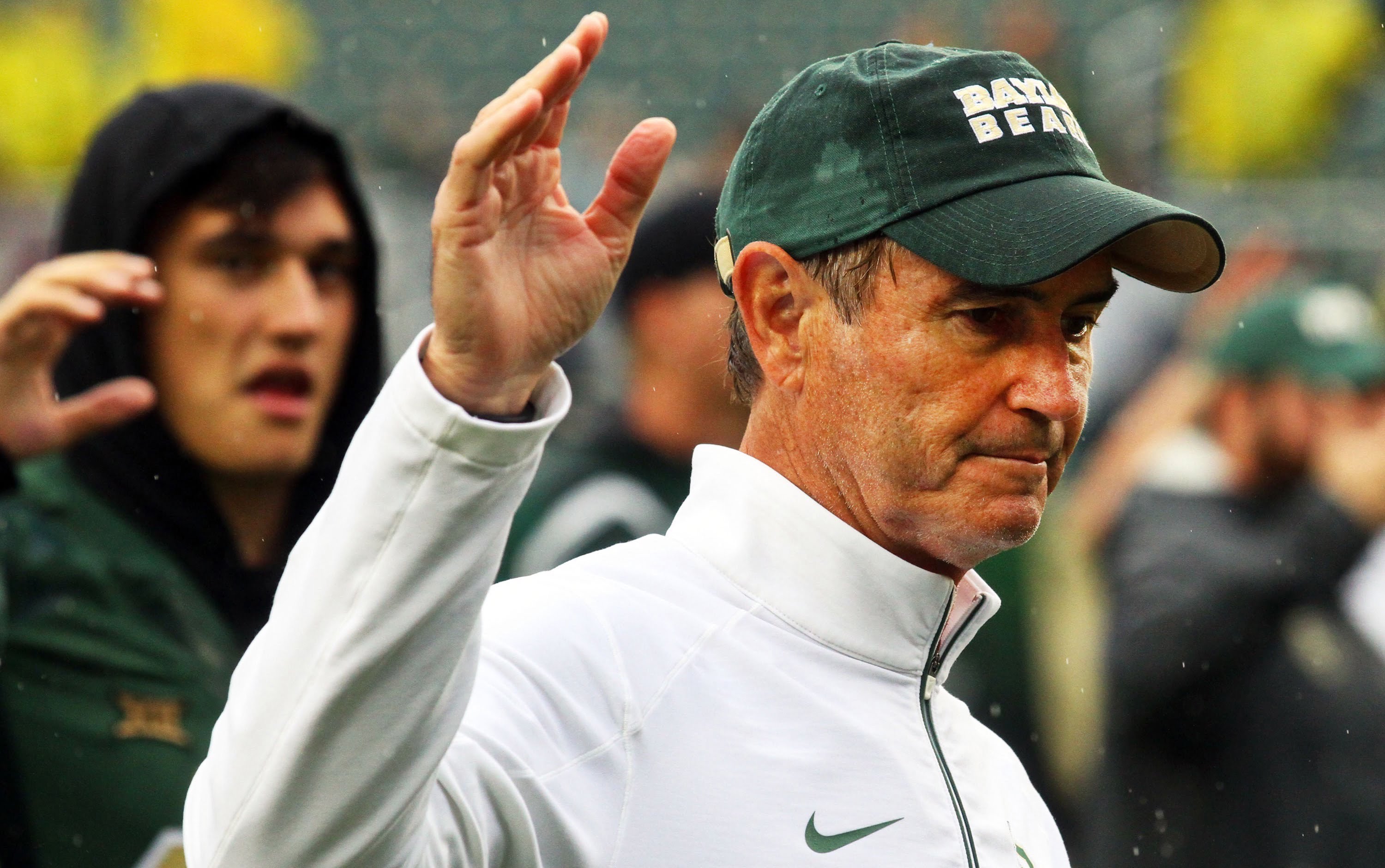 I didn’t know what emotion I would feel if and when this ever happened. Baylor fired Art Briles on Thursday which means it is taking the culture of sexual assault thing more seriously than I imagined (which is obviously a great thing).

So the primary emotion I feel as I read about this and think about the past and future is sadness. We get all worked up about football games and winning Big 12 titles and which team beat which other team, and it leads us to forget about the real lives of the humans involved with all of these activities.

I’m talking about the victims of assault and rape, for sure, but also about the coaches and players who have to live with the horrific things that are in that soon-to-be-released report for the rest of their lives (and they were definitely horrific for Art Briles to have been fired).

You think Art Briles got into coaching thinking he’d ever be canned from a top 10 team because of some widespread sexual assault? No.

Knew that was coming…

But here we are. The fallout will likely be more horrendous than the actual firing. As my new colleague over at CBS noted, this is sort of just the beginning for Baylor.

Remember: what's happening today (and may happen next week) is just the beginning. This is not the end for Baylor. Far from it.

It’s a good beginning though, and not one that many schools would have undertaken I don’t think. And as sad as I am for the entire thing, I’m also stunned that all of this is happening. There will be takes, and many of them will be of the scorching variety in the coming weeks months.

The good thing for now, though, is that it seems Baylor really is trying to right some wrongs and protect the future of its students and its athletic program. We lose sight of that often. Today was a good reminder not to.