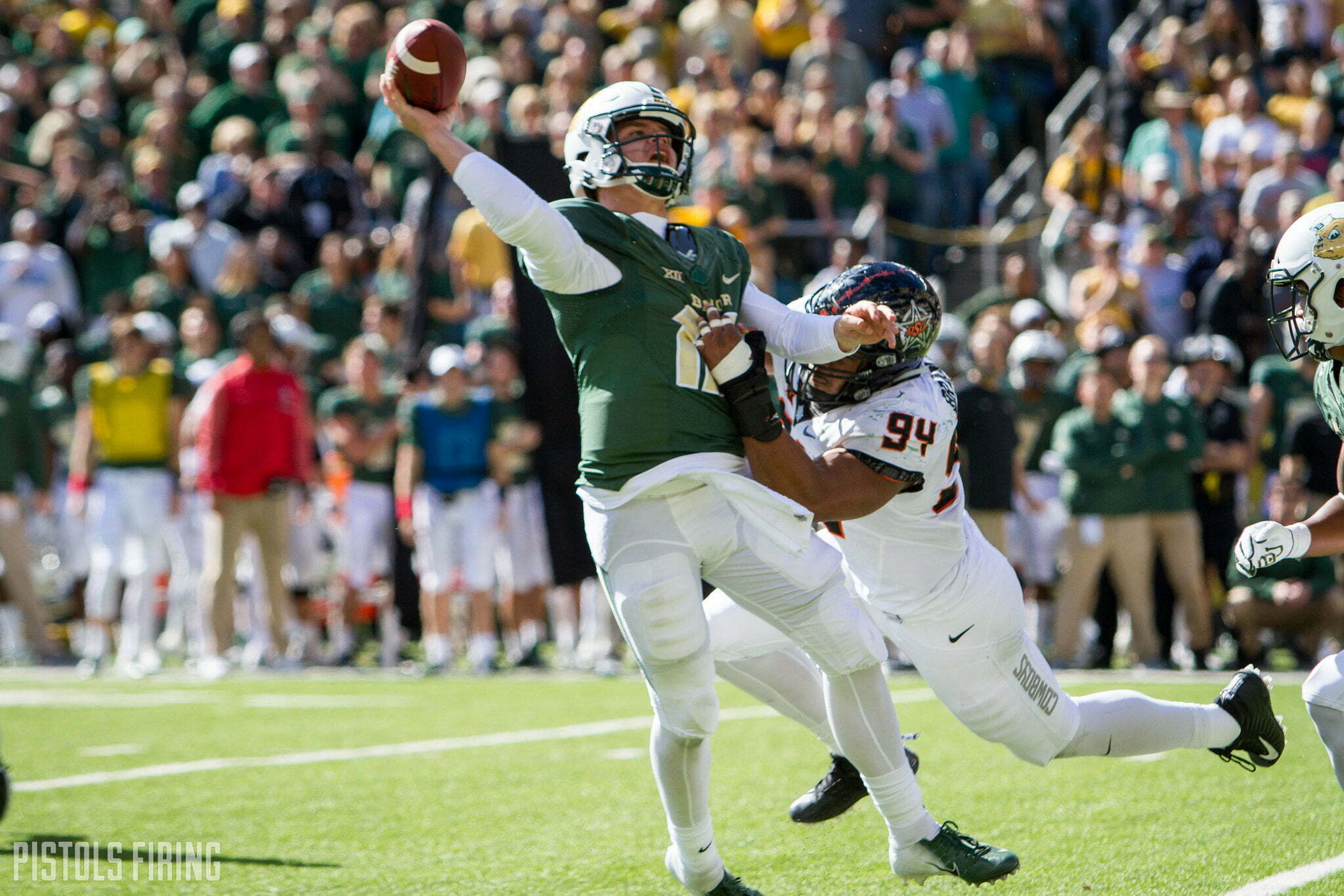 The 6-0 Baylor Bears will look to rain on the Cowboys’ homecoming parade this Saturday and leading the Bears offense will be veteran quarterback Charlie Brewer.

On the opposite sideline, and defending home turf, will be Spencer Sanders. Both QBs are coming off their worst games of the season and both have something to prove heading into Saturday afternoon’s tilt.

Let’s see how these two stack up starting with their numbers through six games.

Entering his 28th collegiate game and 23rd start, Brewer holds the edge in the experience department over Spencer Sanders who is eyeing game No. 7. But each is looking to wipe clean the memory from his worst game of the 2019, both at the hands of a suddenly agitating Texas Tech defense. The difference is that Brewer’s ended in a two-overtime win while Sanders’ sent the Cowboys into a bye week on a bad note.

During his weekly press conference, Mike Gundy briefly addressed Baylor’s junior quarterback, who his defense has had two weeks to scheme for.

“I think he’s in his third year now, is that correct? (It is.) He’s matured,” said Gundy. “He’s playing really well. He doesn’t make a lot of mistakes.”

Historically, that has been correct.

Before last weekend, Brewer was one of only three passers in the country (along with Alabama’s Tua Tagovailoa and Oregon State’s Jake Luton) to have thrown 10 TDs and zero interceptions. He then proceeded to throw three picks to the Red Raiders defense. Sound familiar?

Believe it or not, this will be Charlie Brewer’s first start against the Cowboys, though he’s been QB1 in Waco for going on three years and faced OSU twice.

Brewer actually made his college debut, of sorts, two years ago in Stillwater, also during homecoming weekend. Technically, he debuted a week earlier against Kansas State recording one rush for -1 yard, but he attempted his first collegiate pass inside Boone Pickens Stadium. Brewer went just 3-for-7 for 41 yards and an interception as the Cowboys embarrassed the Bears 59-16.

Brewer took over as Baylor’s starter three weeks later and has started every game since except one, last year’s game against OSU. Brewer was in concussion protocol leading up to the game so Matt Rhule went with transfer Jalan McClendon to start.

McClendon and Co. were well on their way to consecutive losses to OSU when Brewer entered late and, with the help of the Cowboys, led the Bears to the comeback win, trading one embarrassing loss for another. Brewer completed just four passes but two of them were touchdowns.

Now he and the Bears return to Stillwater with plenty of momentum and a chance to start 7-0 for the first time since Art Briles’ tenure. We’ll see if Spencer Sanders, as he attempts to muster his own bounceback game, has anything to say about it.