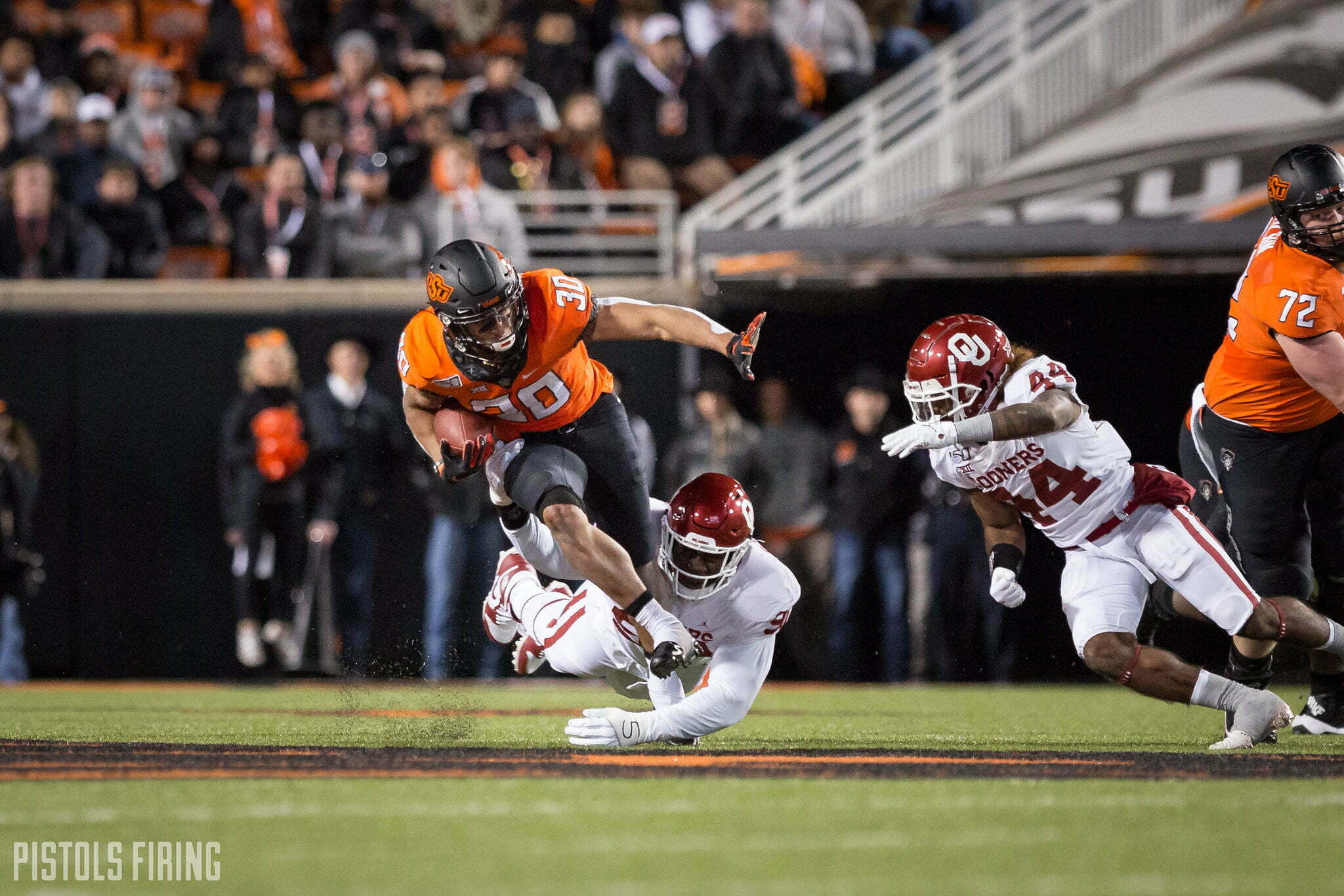 As has commonly been the case over the last decade or so, this year’s Bedlam matchup will be for more than just interstate bragging rights. Oklahoma State and Oklahoma will be duking it out with a ticket to Jerry World potentially on the line.

Both programs have their sights set on the Big 12 Championship game, and the rival schools currently enjoy the best odds to win the conference crown in the league.

Updated betting lines from sportsbook BetOnline.ag tabs the Sooners as the favorite with the Cowboys just behind them.

Here’s a look at those contenders and their conference record in the league’s standings with just a handful of games to go.

So while the Sooners will be Vegas’ favorite to win the Big 12 every year (until they prove otherwise), an OSU win in Bedlam takes Big 12 title control out of the Sooners’ hands.

A loss on Saturday doesn’t mathematically disqualify either team, but it does complicate things. Three conference losses would seriously impede the Sooners with such a logjam in the top half of the league.

A Bedlam win would solidify the Cowboys atop the league with just one loss and owning the tie-breaker over Iowa State. Also, OSU’s final three opponents are a combined 7-14 at the time of this writing.

A loss for the Cowboys just drops OSU into that gridlock with the rest of the teams — and would cause us to dive into the league’s convoluted tiebreaker procedures for another year.

There’s another game this Saturday that has significant Arlington implications with Iowa State hosting Kansas State. A loss by the Cyclones even further jumbles the picture for those other teams remaining.

Let’s take a look at the games remaining for each of those conference contenders listed above.

How huge could that postponed OSU-Baylor game be on Dec. 12?

There’s plenty of potential for further mayhem over the next few weeks before things get decided, and we’ll definitely dive into what that means for OSU based on what happens in Norman.