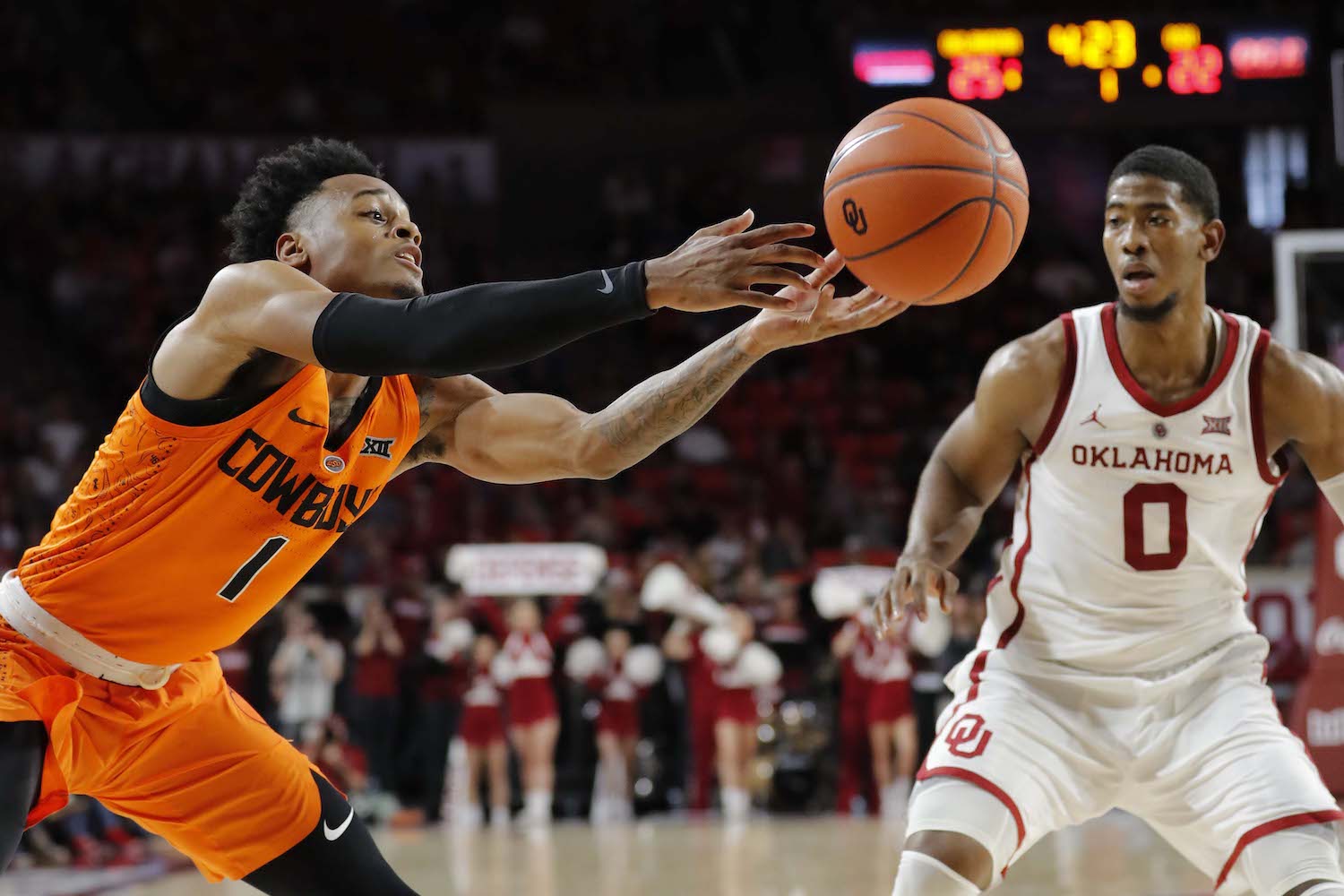 Mike Boynton and Oklahoma State welcome Lon Kruger and the Sooners to historic Gallagher-Iba Arena on Wednesday night for the second round of Bedlam basketball.

The first round took place all of three weeks ago, but it may as well have been three years ago. Since then, OSU has booted three players off its team, lost another to a mutual departure, and gone 2-2 — capped by two consecutive losses.

OU, meanwhile, after bringing in an 11-2 overall record to the first Bedlam, has dropped three of its last four headed into Wednesday and sits at 2-4 in Big 12 play, tied with OSU for second-to-last in the league standings. And in Gallagher-Iba, Kruger and Co. have their own house of horrors, having lost two-straight.

The last time OU won in Stillwater, this man was on the sidelines.

Follow along with all the action in our live blog that we’ll be updating throughout the night, and be sure to leave your (moderated) angst in the comments below.

This hoops preview from Marshweezy was excellent, and I especially loved frosh Isaac Likelele’s thoughts on the importance of Bedlam.

“It’s much more serious than I thought it was,” freshman point guard Isaac Likekele said. “I knew the importance, I just didn’t feel the importance. … It was a learning experience the first time around. It’s gonna be interesting to see what happens the second time.” [PFB]

PFB made predictions ahead of the game, and only one amongst us had the guts to pick OSU. Ragusa went chalk, but he laid out an interesting way OSU can take it.

The Pokes have taken over 27 threes in their past two games. With Coach Boynton asking Lindy Waters to be more aggressive on offense, I think he takes a few more shots, and 3-pointers, than normal. With the Cowboys shooting nearly 38 percent from long distance on the year, if they take close to 30 shots from three again, I think they go over 8.6 makes. [PFB]

There is a new player on Oklahoma State’s roster! (Tanner Taylor was a product of the walk-on tryouts this past week, but will not dress tonight. At least not in an OSU uniform.)

Nathan Ruiz of The Oklahoman has the scoopage below, as well as more details on the quazi practice squad Boynton formed in the wake of the walk-on tryouts.

Cowboys up by 6 points on the Sooners entering halftime! @LindyWatersIII has 14 points along with 3 boards and 3 assists! #c2e #okstate pic.twitter.com/HnPJ9wMOCE

• Oklahoma got 17 points from freshman Jamal Bieniemy, 15 from Brady Manek and 11 from Rashard Odomes as the Sooners stormed back from a double digit deficit to win 70-61.

• Oklahoma State’s Lindy Waters scored a career-high 20 points on 7-of-13 shooting and 4-of-8 from 3. Cam McGriff addded 13. But no other Cowboys finished in double figures as OSU went cold down the stretch and ran out of gas.