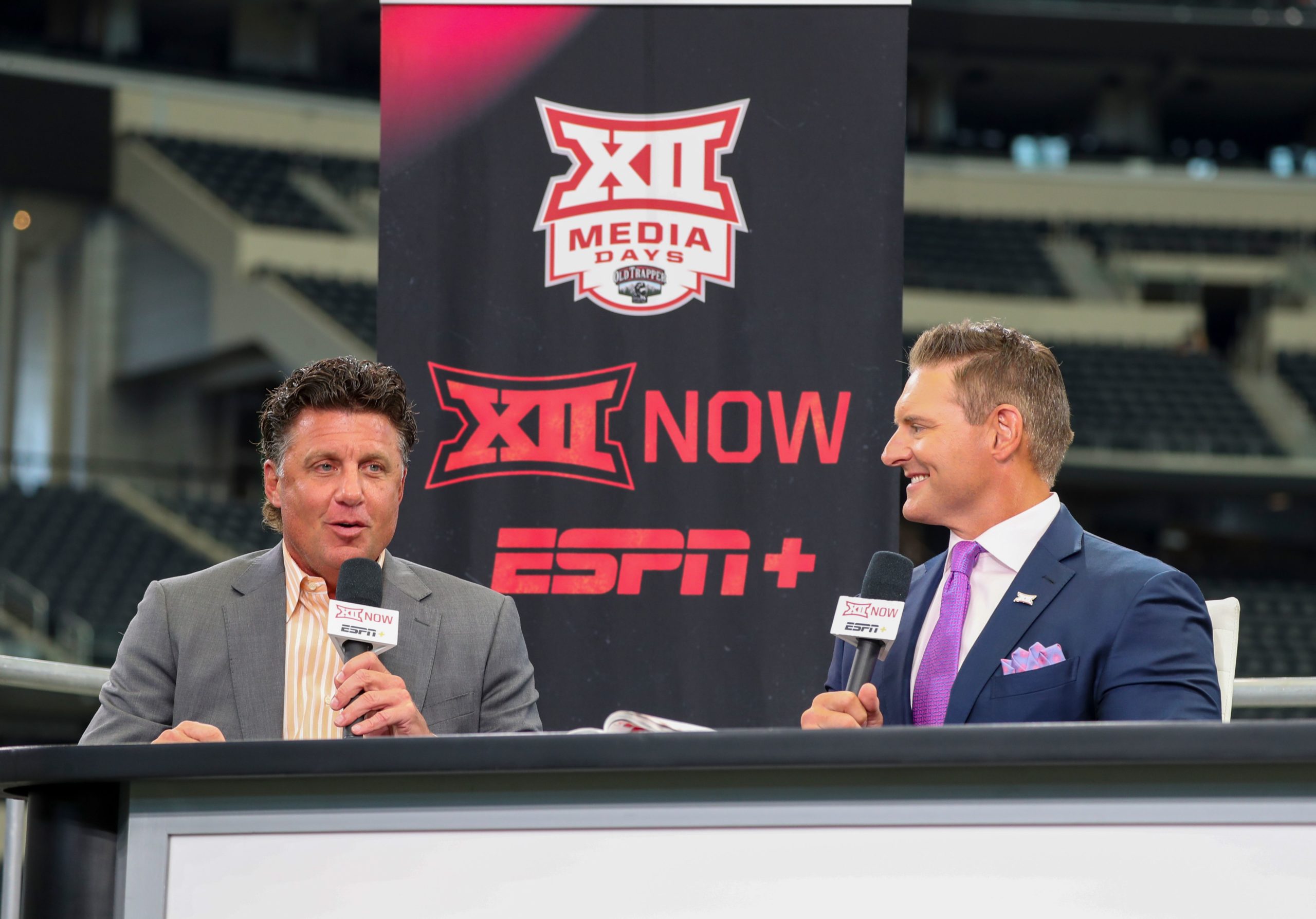 Assuming OU and Texas remain in the conference through the 2024 season — when the Big 12’s grant of rights expires — the Cowboys and Sooners will square off in Norman in 2024 for the 119th episode of the annual in-state rivalry. But don’t hold your breath for No. 120.

Mike Gundy on Wednesday was asked the first Bedlam questions of this week’s Big 12 Media Days, because first-year Oklahoma head coach Brent Venables won’t stand in front of a mic until Thursday.

When the in-state game was brought up, Gundy didn’t seem all that confident that the rivalry would play out as scheduled.

“Well, the future in Bedlam is a year or two left,” Gundy said. “That’s the future of Bedlam, based on somebody else’s decision.”

The dissolution of Bedlam is just the latest college football ritual to fall by the wayside as new conference interstates are paved from one coast to the other — by giant media machines and their money — with little concern for tradition, geography or fuel mileage.

The 18th-year head coach, and elder Big 12 statesman, said he prefers those traditional rivalries like Bedlam and the already dismantled feuds of OU-Nebraska and Texas-Texas A&M. But he likened these changes to when he was forced to make the switch from his flip phone to a smart phone. Sign of the times. Says he just had to get those texts and emails.

Of course, programs moving between conferences is nothing new. You had Arkansas leave the Southwest Conference in 1991, just a handful of years before its top teams broke off to join the Big Eight and form the Big 12. Then in 2011 and in 2012, the league lost two pairs of mainstays in Colorado and Nebraska and then Missouri and Texas A&M, respectively.

But this is different. The continents are shifting and we’re already in the middle of a seismic event that just might create the land of the “mega conferences” as Gundy termed them..

“Bedlam is history. Bedlam is not gonna be Bedlam when they leave the conference.” — Mike Gundy

Unfortunately, gridiron lore may be the ultimate casualty of the tectonic rearrangement that started last summer when Oklahoma and Texas decided to head to the SEC and the rest of the Power Five went into a scramble mode which led USC and UCLA to ditch the Pac-12 for the Big Ten. I wonder if, when the dust settles, any of the nostalgic charm of those those bluebloods will remain at all.

“This is a big business now,” said Gundy. “And the traditions that we all embraced, and not just football but other traditions that have to do with college athletics, they’re gone now. The people in charge that are paying the bills, that are trying to get out of debt, are more interested in long-term financial security than they are in traditions.”

To be clear, it’s been big business for some time. Ever since networks like ESPN and FOX began flooding conferences with cash for their media rights. But the last bastions of regional charm will soon tumble as long-held local rivalries continue to be decommissioned.

But just like when he was goaded into a mobile upgrade, Gundy is willing to roll with the punches and he says the fans will, as well. He pointed out that plenty of people were upset to see the Longhorns and Aggies stop playing each other, but that rivalry has now been dormant since 2011. I bet there were quite a few Razr’s still in circulation in College Station that night.

“They got over it and moved on down the road,” said Gundy. “They still go to the games and that what’s gonna happen when you the these traditional rivalries and such. Everybody just gets over it and they go to the next one.”

Initial speculation as to whether the Bedlam schools would make things work in the nonconference seems to be all but debunked.

“It doesn’t bother me,” said Martin. “It kind of is irritating that all I’m gonna hear from OU fans after this year, next year, is the record, the all-time record, over and over again, and there’s nothing we’ll be able to do about it because the series is probably gonna be over.”

“Bedlam is history,” said Gundy, doubling down during a media breakout session on Wednesday. “Bedlam is not gonna be Bedlam when they leave the conference.”

But Gundy seems more than confident in the Cowboys’ future sans Sooners. He points to the consistent monster that he, and Mike Holder and Boone Pickens, helped build and sees it growing both in brand name and success in the future.

“The blueblood that I had mentioned was the direction that I would like it to be,” said Gundy. “Someday I’m not going to be the coach at Oklahoma State, I’ll just be going and watching games, and when that happens I want Oklahoma State to be in that position. It’s going to take a lot of continued hard work. It’s going to take commitment from administration at the top, Chad Weiberg, Coach Gundy and everybody else involved, donor support.

“There’s a lot of moving parts. But I am very comfortable and I am 100% convinced that we have the right people in place to make it happen. It’s not an easy process, but it can happen, and I think we’re moving in the right direction.”

Remove Oklahoma from the league and the Cowboys either win or play for a conference title in five of the prior eight years before punching their first Big 12 Championship ticket last fall, after a Bedlam win.

The Cowboys were this close to nabbing their first Big 12 trophy in a decade last year and don’t look ready to slow down. If we make another assumption, that the Big 12 remains in tact — or even expands and lays it claim as college football’s Conference No. 3 — OSU is positioned nicely to compete for league supremacy for the foreseeable future.