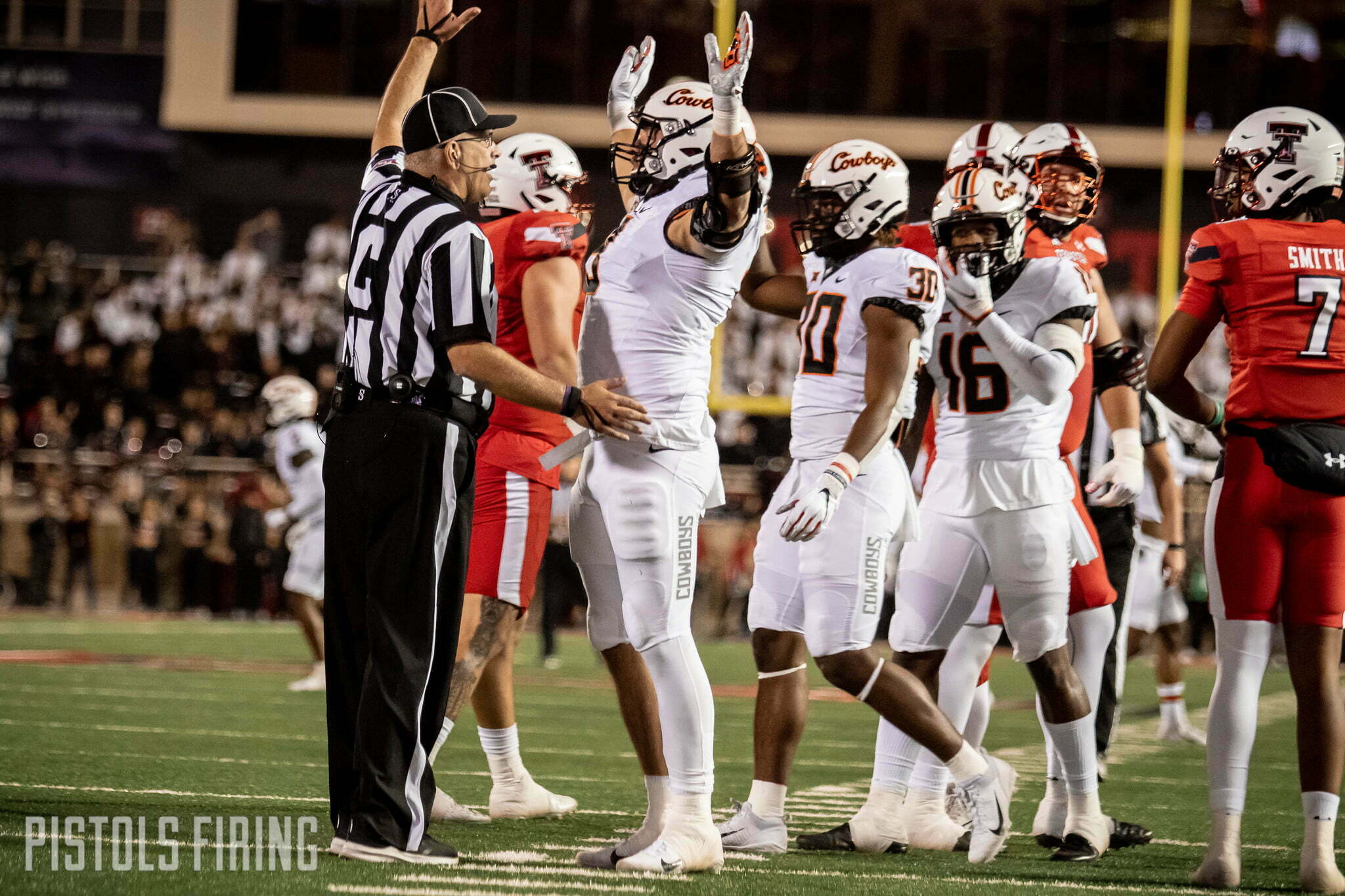 The 116th edition of the Bedlam series in football figures to be a good one on Saturday. Two top-10 teams tussling head-to-head — one already in the Big 12 title game, another fighting for a spot to be in it. An elite defense in OSU taking on an elite offensive mind in Lincoln Riley. And, of course, the potential that this may be the last Bedlam game in Stillwater in a long time. Seriously, could the matchup be any better?

The game sets up to be an all-timer for the Pokes if they play to their strengths riding field position, special teams, defense and limiting turnovers. But that’s easier said than done against an OU team that all season has managed to scoot by on razor-thin margins and has historically dominated the series. So we’ll see.

As we prep for the primetime game, our team’s predictions are below.

Thoughts: My whole life I’ve been conditioned to believe that no matter what happens leading up to this game, OU wins Bedlam. However, OSU hasn’t had a defense like this during my lifetime, so could that buck the trend? I don’t know. My head and my gut have two different feelings for this one.

Thoughts: OU’s offense has been under scrutiny of late but the unit is still tracking as one of the best in the Big 12 with a steady balance of on-the-ground and through-the-air attack. It won’t be an easy challenge for OSU’s defense by any stretch. And holding them below 30 points would (probably) be cause for a lifetime contract for Jim Knowles. But I think not only that he can do it — but that he will do it. BPS is going to be rocking knowing this may be the last Bedlam game in Stillwater for a long time. This defense seems to be itching to prove itself on a major stage. I expect this team will come out ready to roll in trying to send a message to OU and to those at home watching with skepticism about its playoff credentials. Lot of pent-up frustration from six consecutive losses in this series is about to be uncorked.

Thoughts: This definitely has the makings of an all-timer, regardless of which way it falls. But I’m going with the Pokes for the aforementioned reasons. OSU’s defense has done well against freshman QBs over the last couple of weeks, but it will face the best on in the conference on Saturday. The Cowboys will need to get after Caleb Williams from the jump and affect his internal clock, and preferably force him into a couple of turnovers. That may be easier said than done for the dynamic dual-threat passer, but there’s not a unit better equipped to do so — in all of college football.