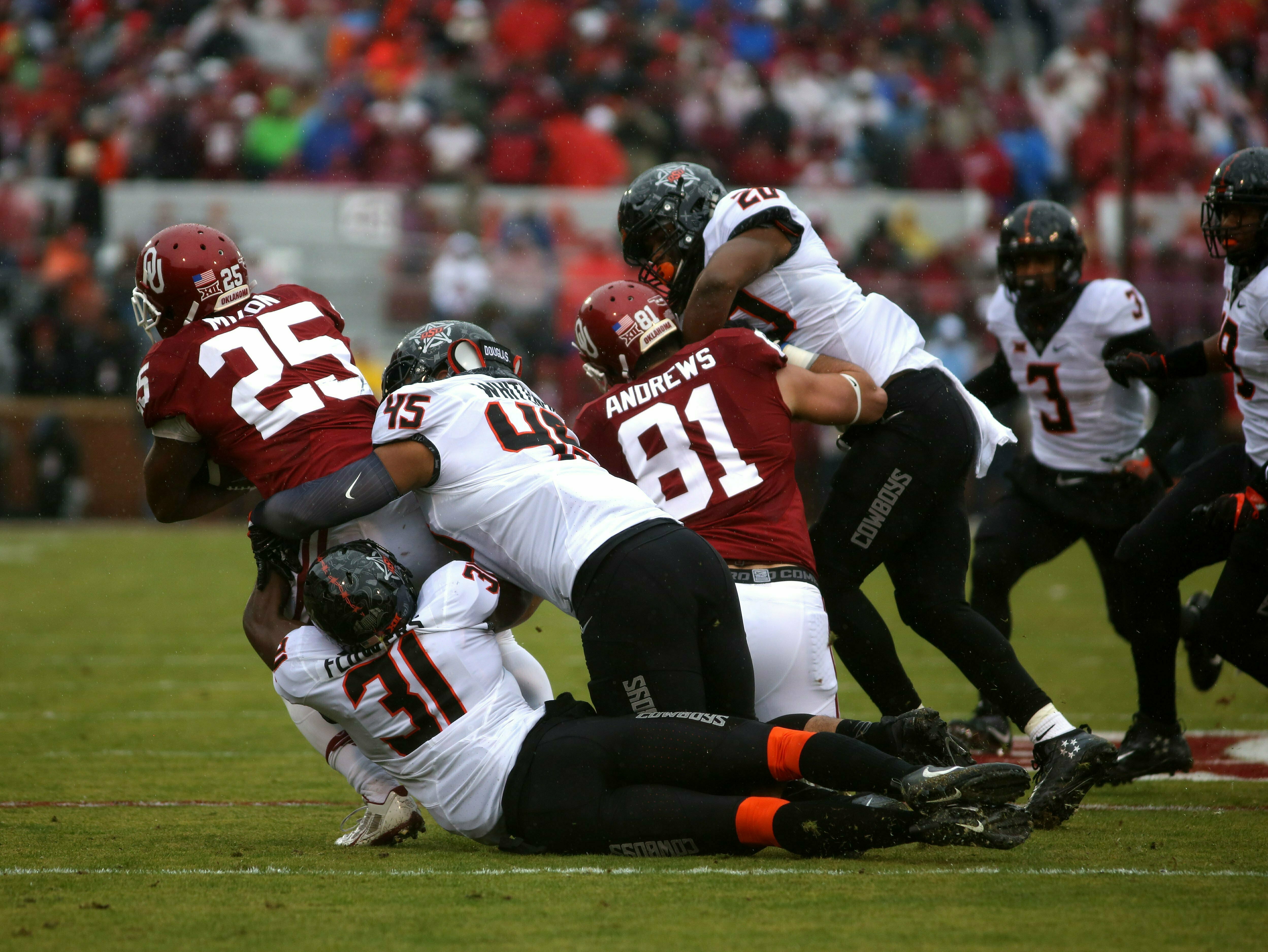 Tyreek Hill became a Bedlam legend in 2014, earning the moniker by Dave Hunziker as “The Cheetah” as he sprinted to paydirt on a fourth-quarter punt return that later forced the game into overtime, which OSU eventually won.

Justin Blackmon and Joseph Randle combined for more than 250 yards in 2011 during Bedlam, a coronation OSU won 44-10 on its way to securing its first Big 12 title.

So who will define this year’s Bedlam?

Our staff has some thoughts below on who has a chance to be the difference-makers in Saturday’s game for the Pokes.

Defining player on offense: I’ll say Jaylen Warren. If Warren has a good day, that probably means OSU’s offensive line had a good day, as well. OSU has won games all season with ball control and good defense, and Warren’s output will go a long way in determining the ball control portion of that.

Defining player on defense: Brock Martin. Pressuring Caleb Williams will be a big part of this game, especially if Jim Knowles is going to leave guys in single coverage on the back end. OSU has faced mobile quarterbacks this season, but none as mobile as Williams. OSU’s defensive line will need to not only keep him corralled but also make him uncomfortable in the pocket.

Defining player on offense: I’m going to cop out here and take an entire position group: the offensive line. The unit has been a tad banged up of late with Josh Sills, the captain of this bunch, hobbled, and Danny Godlevske, the center, dinged up as well. But OSU needs this group to be at tip-top shape to win. OU’s defensive line can create pressure that, if successful, can majorly disrupt OSU’s rhythm on offense and throw Spencer Sanders off his groove. And, truth be told, OSU needs all the rhythm on offense and all the groovy Sanders it can get to win this game. If this group plays a strong game it should be able to come out on top.

Defining player on defense: Malcolm Rodriguez. Seriously, who else?! He’s been Big 12 DPOY good all season. OSU will need its defensive backs to hang in space with OSU’s receivers, and it will need to generate pressure with Collin Oliver outside and Jayden Jernigan inside. But Malcolm will need to be the glue that holds this unit together as he’s done all season. A great game from him could put the Pokes over the top.

Defining player on offense: Spencer Sanders. OSU has gotten to this point by running the ball, eating clock and complimenting its stout defense. Sanders has been an effective game-manager while taking timely shots down the field.

While that will still be the MO against OU, I think OSU will need a little more than that, and I think Sanders can provide it while still remaining in his lane. At some point he’s going to have to break free on a big run or find Tay Martin on a corner fade. This is a huge game for his legacy at OSU and I think he makes the most of it.

Defining player on defense: Collin Oliver. He was thrust into a bigger role due to injuries and he’s done nothing but impress. As a true freshman, he’s the sack leader on a team the leads the FBS in QB takedowns. And OSU will need him to get after Caleb Williams. Plus, an in-state prospect without a Sooner offer showing out in a high-stakes Bedlam game? You couldn’t script a better storyline.