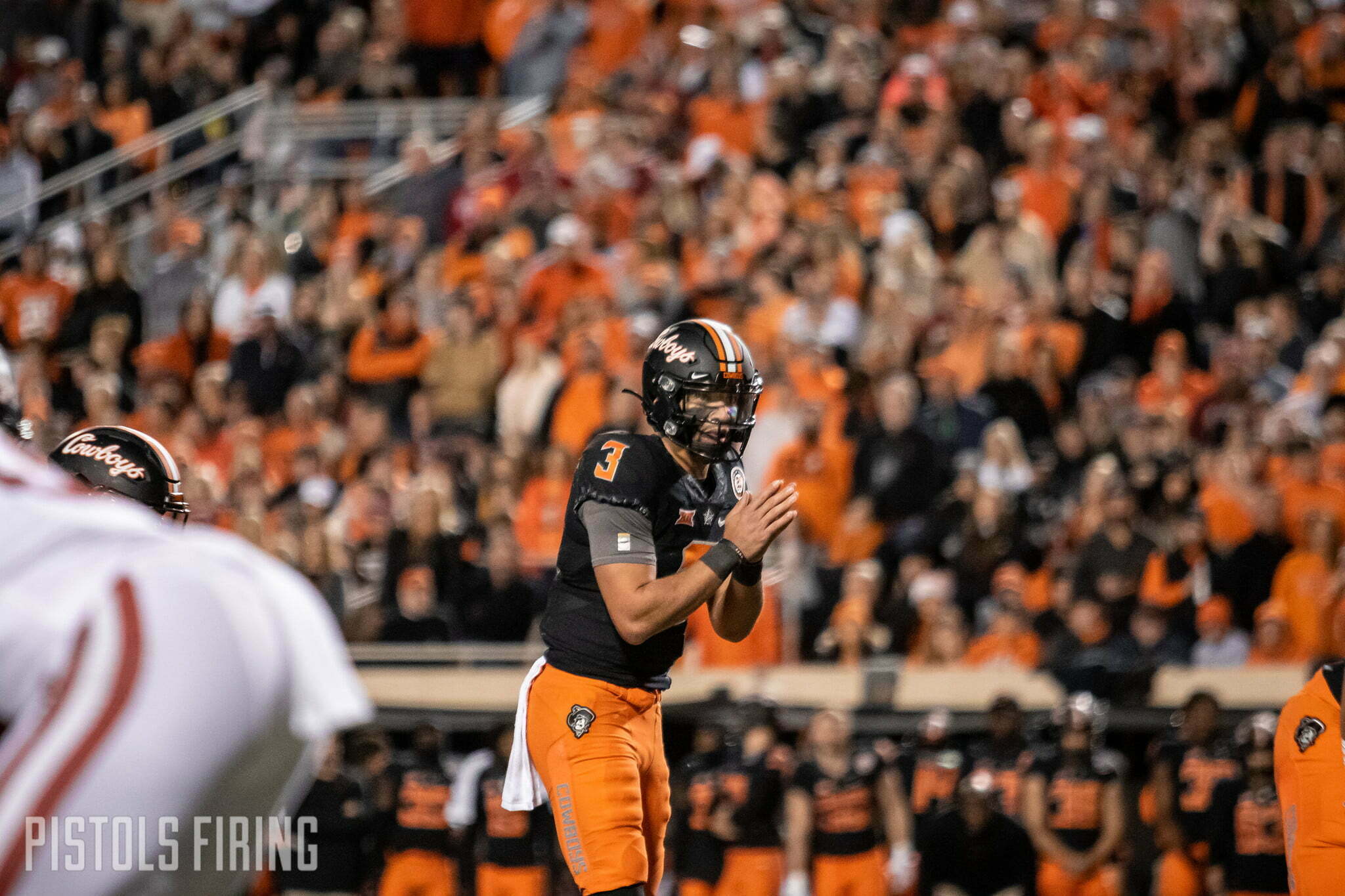 The Cowboys were four-point favorites against the Sooners — although it never felt that way — and they won 37-33. That’s a significant number, but here are several more from the Pokes’ huge win.

4: The Cowboys boast four AP Top 25 wins on the season. To this point, only Alabama and Georgia have as many.

10: This was the fourth-ever AP Top 10 matchup played in Stillwater and the third Bedlam matchup between Top 10 teams.

7: The win over the Sooners marked the Cowboys’ seventh home wins in a single season. They’ve won six nine times, most recently in 2016. It’s also the 14th time OSU has gone undefeated in Stillwater. The eight-game home streak is the fifth-longest all-time for the Pokes.

35: That’s the number of wins Mike Gundy now boasts over an AP Top 25 team. The only active coaches with more are Alabama’s Nick Saban and Clemson’s Dabo Swinney.

23: Spencer Sanders earned his 23rd career win in a start, tying Brandon Weeden and Zac Robinson. Mike Gundy had 28 and Mason Rudolph had 32.

37: Sanders’ 37-yard touchdown run to pull the Cowboys within 33-13 was the longest run of his career.