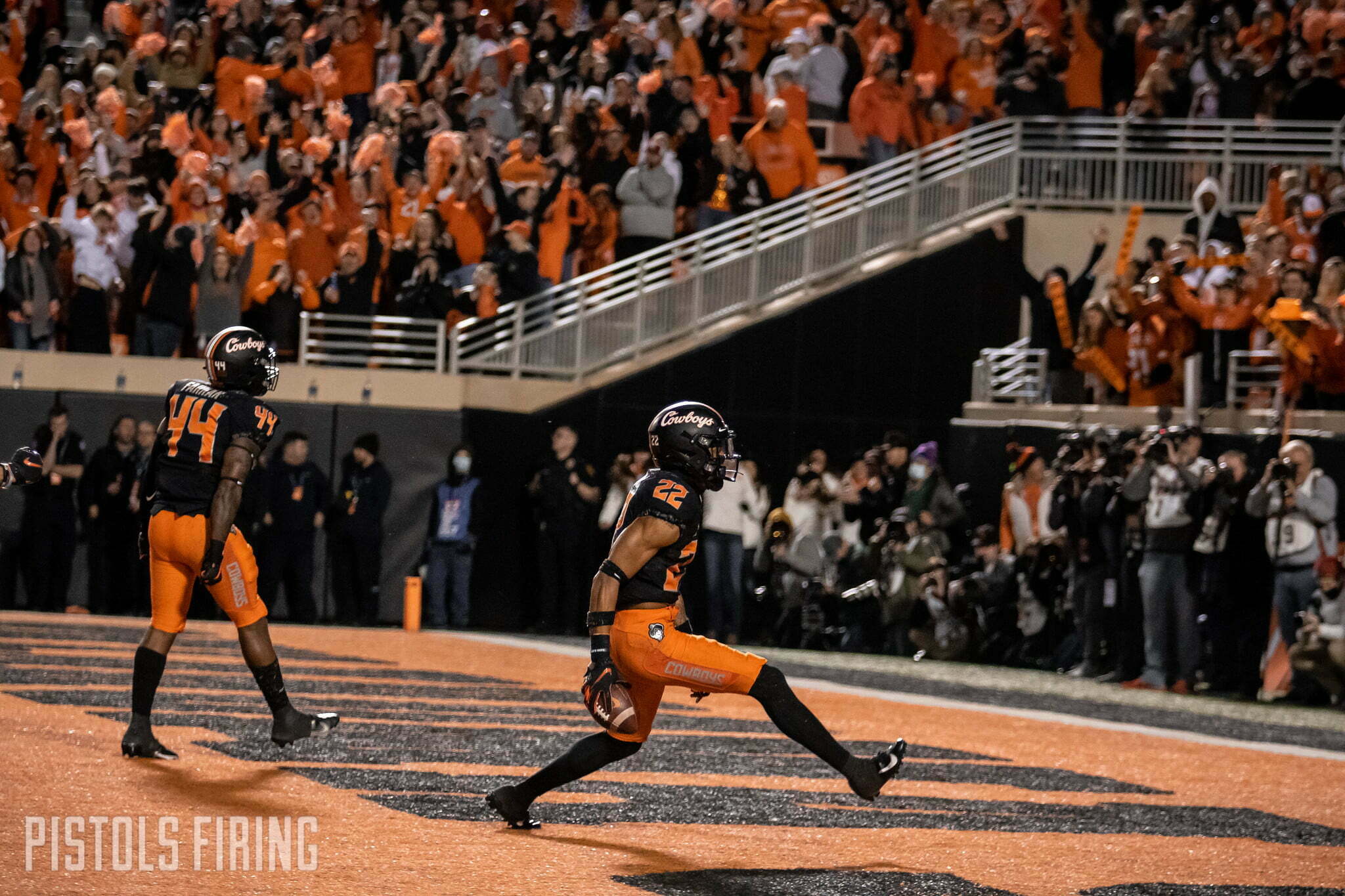 Oklahoma State moved from No. 7 to No. 5 in the latest AFCA Coaches poll after defeating rival Oklahoma in Stillwater. It’s the Cowboys’ highest ranking in the poll all season and might clue us in on how things could shake out Tuesday night on ESPN.

First, let’s take a look at the entire ranking.

For the Sooners’ Cowboy troubles, OU dropped from No. 9 to No. 11. OSU’s Big 12 title partner Baylor moved up from 10 to 9 after holding off the Red Raiders on Senior Day.

Checking in with future Big 12ers, Cincinnati remained at No. 4, BYU climbed one spot to No. 14 and Houston remained at 16.

The coaches’ voting has little impact on Tuesday night’s College Football Playoff ranking, but the fact that OSU leapfrogged Notre Dame is as welcomed as it was suspected. If the Cowboys usurp the Fightin’ Irish according to the committee, it clears the path to a Final Four berth even more should OSU pick up a trophy in Arlington on Saturday.