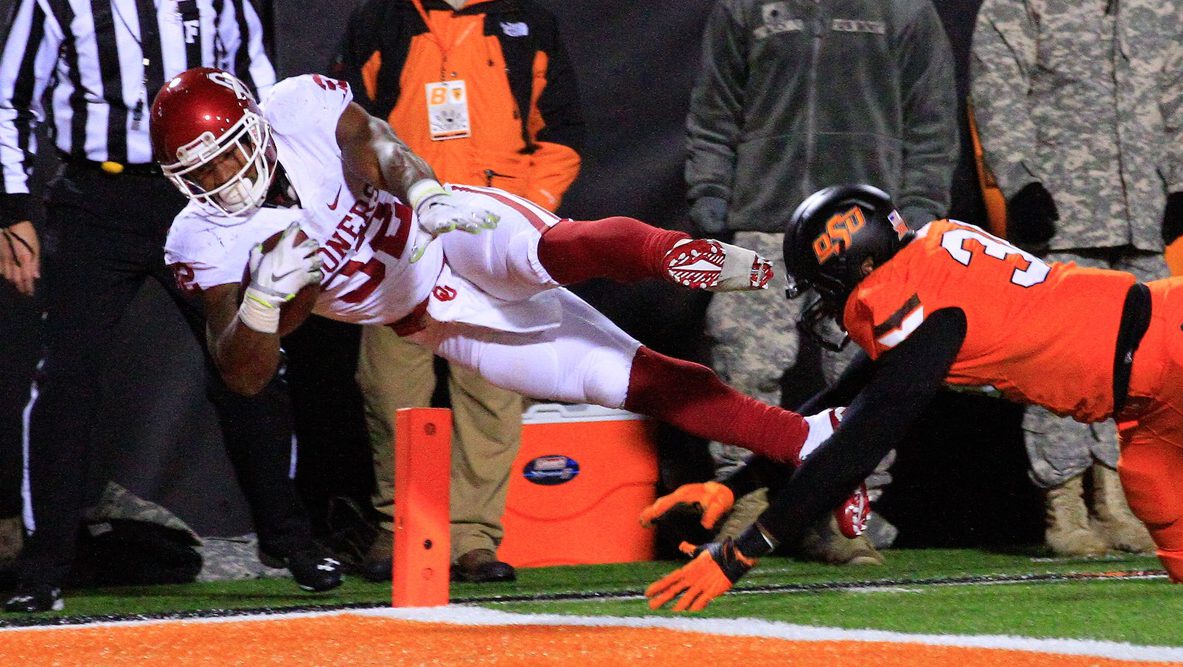 With one game remaining in the regular season I thought it would be a good time to check up on our “PPR” stat (“points per red-zone attempt”), especially as it pertains to Oklahoma State and Oklahoma. I explained it here but the basic idea is to determine the amount of points scored per red-zone attempt (minus extra point or two-point conversions). We see that both the Sooners and the Cowboys are pretty efficient in the score zone with Oklahoma scoring slightly more points. The Cowboys do have 12 more attempts (60) than OU (48) on the year.

Of course a lot of times the Sooners don’t need to stop in the red zone to score. They are second in the nation in yards per play at 7.2 largely due to the big-play threats in Dede Westbrook and Joe Mixon. For reference, you can check out how the Big 12 teams ranked earlier in the season. When looking at defenses in the Big 12, it’s important to remember that yards and points are going to happen. When you play the number of snaps and face the prolific offenses (and specifically, quarterbacks) the Big 12 has to offer, it comes with the territory.

But “opponent-PPR” helps to quantify that “bend, don’t break”-style defense we’ve all heard about. How many points does a defense give up inside their own 20-yard line?

The Sooners lead the Big 12 in average points allowed per red-zone trip at 3.69. This number is heavily effected by their last two games.

Against Baylor, Oklahoma gave up one field goal and one touchdown in four red-zone trips and against West Virginia they allowed three touchdowns in six red-zone attempts by the Mountaineers.

The Cowboys are a little worse here as well but are coming off of their best effort in Forth Worth. The Horned Frogs went 1 of 3 in their red-zone attempts. This stat, like most, has to be looked at in context but the team that controls their own red zone on Saturday will likely be the next Big 12 champ.