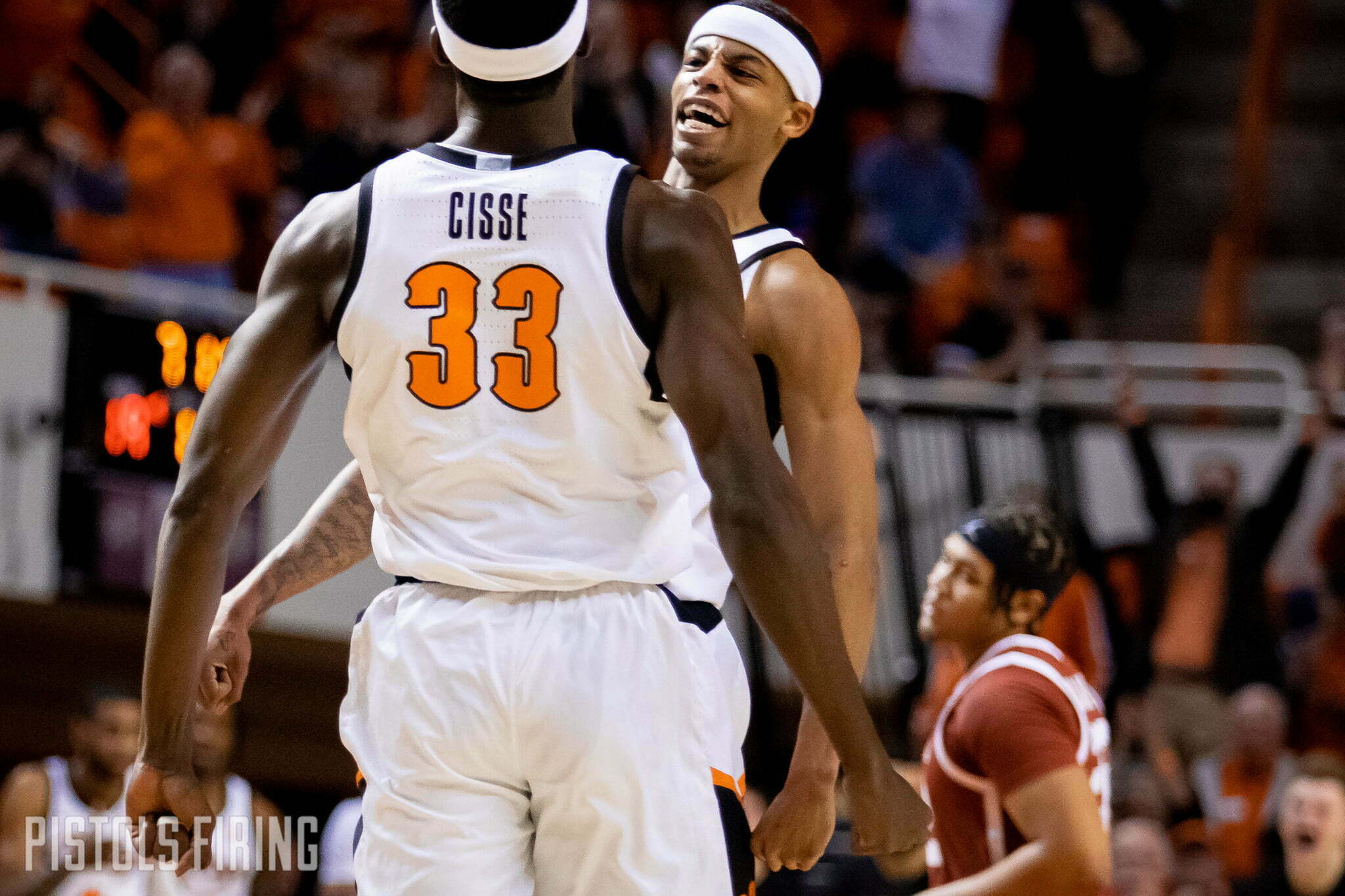 The Cowboys got back to their winning ways on Saturday, sending the Sooners back to Norman with an L. Let’s relive the Pokes’ fourth consecutive win over OU with some of the highlight worthy plays that decided the game.

It was a tight contest most of the way, but the Cowboys were able to make enough to plays to keep their rivals at arm’s length. Fortunately, that arm was the length of Moussa Cisse’s. Let’s start with three big ally-oops that rocked GIA and kept the Cowboys in control.

On the first one, Cisse embodies this OSU team at its best. He affects a shot on one end, runs the floor and pays it off with a thunderous dunk on the other.

That was Cisse’s second dunk in less than a minute. The two slams bookended a 6-0 Cowboy run that answered a 9-0 spurt from the Sooners. It pulled OSU to within 1. OU never led by more than a possession the rest of the game.

The second edition may have been the most impressive. A simple pick-and-roll is punctuated by a one-handed rim-rocker by No. 33.

It also amounted in the first two points of the period for OSU and started an 11-0 run that set the tone for the second half.

Lob No. 3 came at another crucial time. After the Cowboys had taken a 10-point lead, the Sooners answered with consecutive buckets to pull within six. But Cisse took the momentum right back from OU with this and-one. He also made his free throw.

But Cisse wasn’t the only Cowboy to punish the rim. Both Boone brothers had big dunks that brought the Loyal and True to their feet.

The Cowboys have not been the most prolific sharpshooters so far this year, but there were a couple of key 3-pointers that had a big impact on the outcome Saturday.

Keylan Boone knocked down this deep ball to put the Cowboys up 29-28, a lead they’d take into halftime.

And then Rondel Walker hit this corner 3 to give the Cowboys a double-digit lead with 3:37 remaining. He would also hit four big free throws down the stretch to hold off the Sooners.