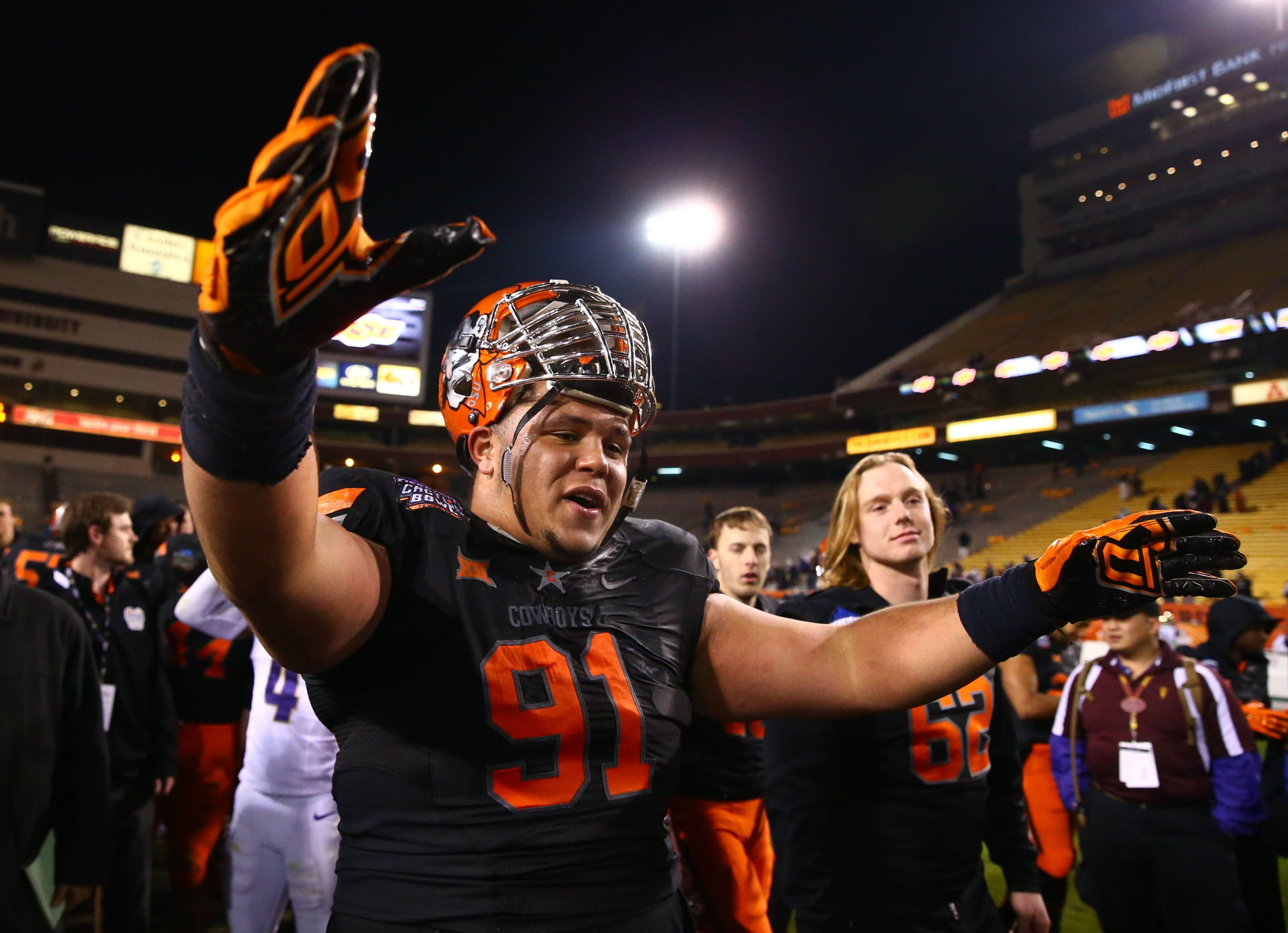 Mike Gundy is currently prepping for his 13th bowl game as OSU’s head coach and an enticing win over Missouri would not only push his postseason record to 9-4, it would help him avoid a sub-.500 finish for the first time since Year 1, the only year his team didn’t go bowling.

So with an eye on New Year’s Eve, let’s glance back at some of the best, worst and weirdest bowl appearances by Gundy-coached teams.

The biggest postseason game was played at the University of Phoenix by probably OSU’s best team ever. Fitting.

The Pokes led by Brandon Weeden went toe-to-toe with The Cardinal led by Andrew Luck and came out on top. It wasn’t always pretty — don’t forget Weeden’s opening interception and equally meh first quarter — but the Pokes managed to get things rolling despite health issues to Justin Blackmon and went to him late for a big play.

It was somewhat bittersweet based on that it meant OSU missed out on — a rematch with Les Miles for the crystal ball — but it was still the biggest win based on the biggest stage of Gundy’s career.

For the sake of variety — because the above-mentioned win was quite enjoyable — I’ll go with this fun ending to the 2014 season. Mason Rudolph had already endeared himself to OSU fans with a huge Bedlam win — thanks in part to Bob and Tyreek — making the Pokes’ bowl eligible.

But this game served as a springboard into one of the best eras of not only Mike Gundy’s tenure but Oklahoma State history. The previously snuffed-out spirit of OSU’s fanbase was rekindled with hope for the future. And this win felt like icing on the cake to for a program headed back in the right direction.

Rudolph torching a top-tier defense, Washington showing what was to come and James Castleman ending his career in the right way — before the check engine light came on — and I was here for all of it.

The Cowboys started off their 2015 season 10-0 including a dominant win over then No. 5 TCU. But injury and some inappropriately filled opposing talent pools spelled a disappointing 0-3 finish.

Rudolph got hurt against an Art Bryles-built Bears squad meaning OSU never really had a chance. It probably didn’t have much of one in the next game, even if he had played (because, Bedlam) and then Ole Miss walloped the Cowboys with a team with an open salary cap.

Mike Gundy’s first bowl game ended in a 34-31 victory over Alabama back in 2006. It certainly signaled a change in the culture in Stillwater, beginning what is now a 13-year streak of postseason appearances, the longest in Oklahoma State history. But it also signaled a turning of the (Crimson) Tide for college football’s landscape.

To say OSU played a major role in what was to soon follow is hyperbolic at best. The wheels were already in motion for a big change in Tuscaloosa. Alabama head man Mike Shula was let go one year after a 10-2 finish and a Cotton Bowl victory, but directly following his second 6-6 year in three. He was already out the door when the Cowboys and the Tide squared off, and his defensive coordinator Joe Kines served as interim head coach in his stead for the Independence Bowl.

The Cowboys got the best of the Tide, but Bama fans didn’t have much time to mourn a Jason Rick game-winning field goal in the waning seconds. The most significant thing about this game, from a macro view, is that Gundy’s first postseason contest was also the last time Alabama kicked off without Nick Saban at the helm. Since then, the Tide is 145-20 and has won five national championships.

Any loss is tough to stomach, but ending the year on a bad note in a game that is supposed to be a celebration of your season is decidedly worse. But this particular game, at least for me, was especially tough to choke down.

OSU had already been dealt a heart-breaker in that frigid Bedlam meltdown to end its regular season, meaning no Big 12 title and making the Cotton Bowl somewhat of a letdown. But then it ended its bowl season with a gut punch.

Down just 3 and knocking on the Tigers’ score zone with plenty of time to take the lead, Clint Chelf was sacked, lost the ball and then had to watch Missouri DE Shane Ray scoop it up and lug it 73 yards to pay dirt.

Hopefully, the Cowboys can get some payback on the Tigers next Monday for an ending that still stings for OSU’s fanbase.