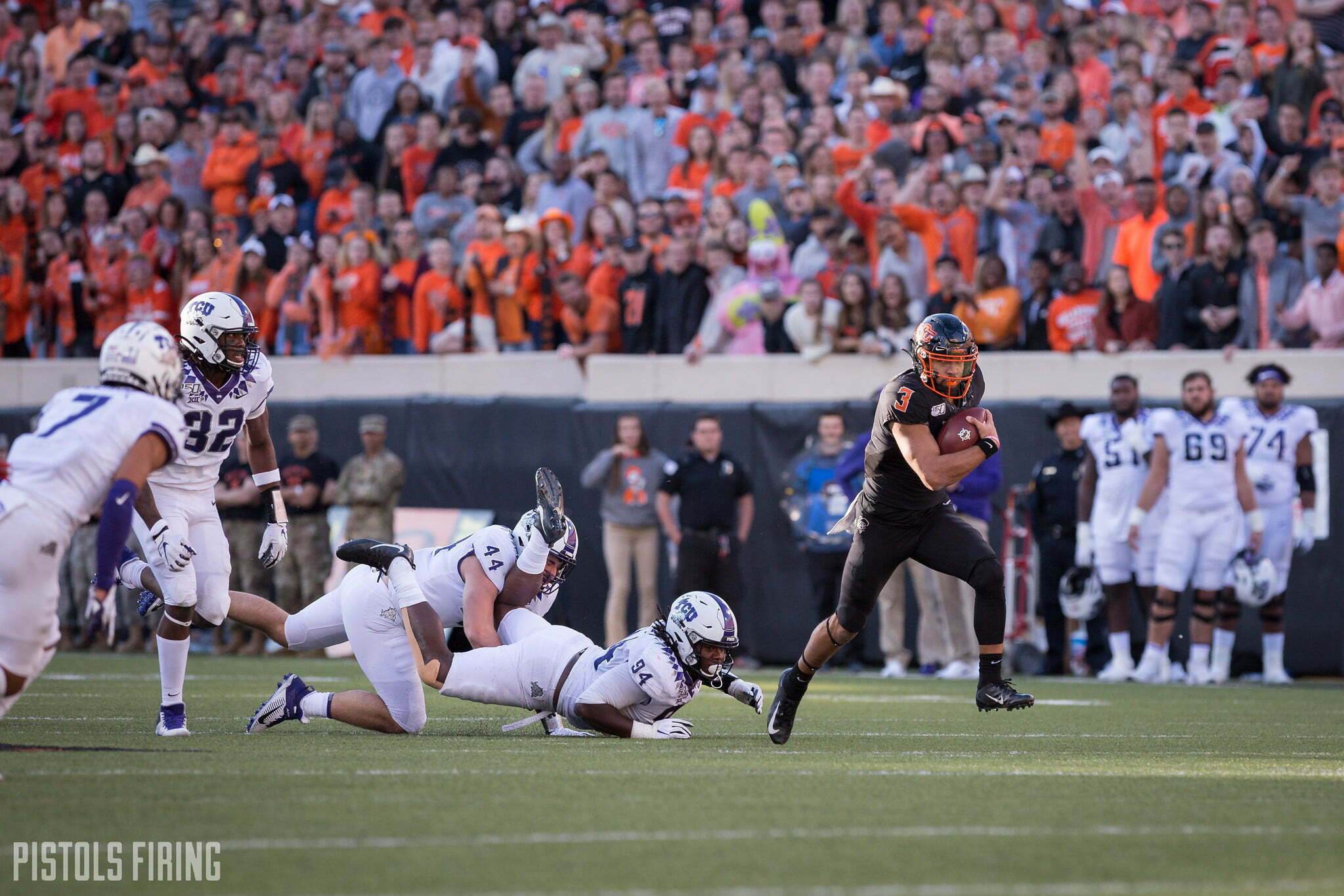 It looks as if Big 12 schools will get at least one nonconference game in.

In a Friday meeting, Big 12 athletic directors were split when deciding which scheduling model the conference should use, according to CBS Sports’ Dennis Dodd. The two primary options are a full 12-game schedule or a 10-game schedule where schools would play one nonconference game.

The news comes after the rest of the Power Five leagues determined their plans for the 2020 season. The Pac-12, Big Ten and SEC will play conference-only 2020 seasons, while the ACC will play an 11-game schedule with one nonconference game.

The Big 12 is unique to the other Power Five leagues in that there are only 10 schools in the league, so a conference-only schedule would be only nine games.

If the Big 12 did go to the 10-game schedule, the teams’ nonconference games would likely fall on either Sept. 19 or Sept. 26, according to Dodd. The Cowboys have a game against Western Illinois scheduled for Sept. 19, and OSU has a bye week Sept. 26.

The uncertainty of the upcoming season halted the Big 12’s annual media days which, after a move to virtual and initial delay, were canceled Thursday.

The last time an OSU team played 10 or fewer games in a season came in 1969, the first year of the Floyd Gass era. OSU went 5-5 that season.