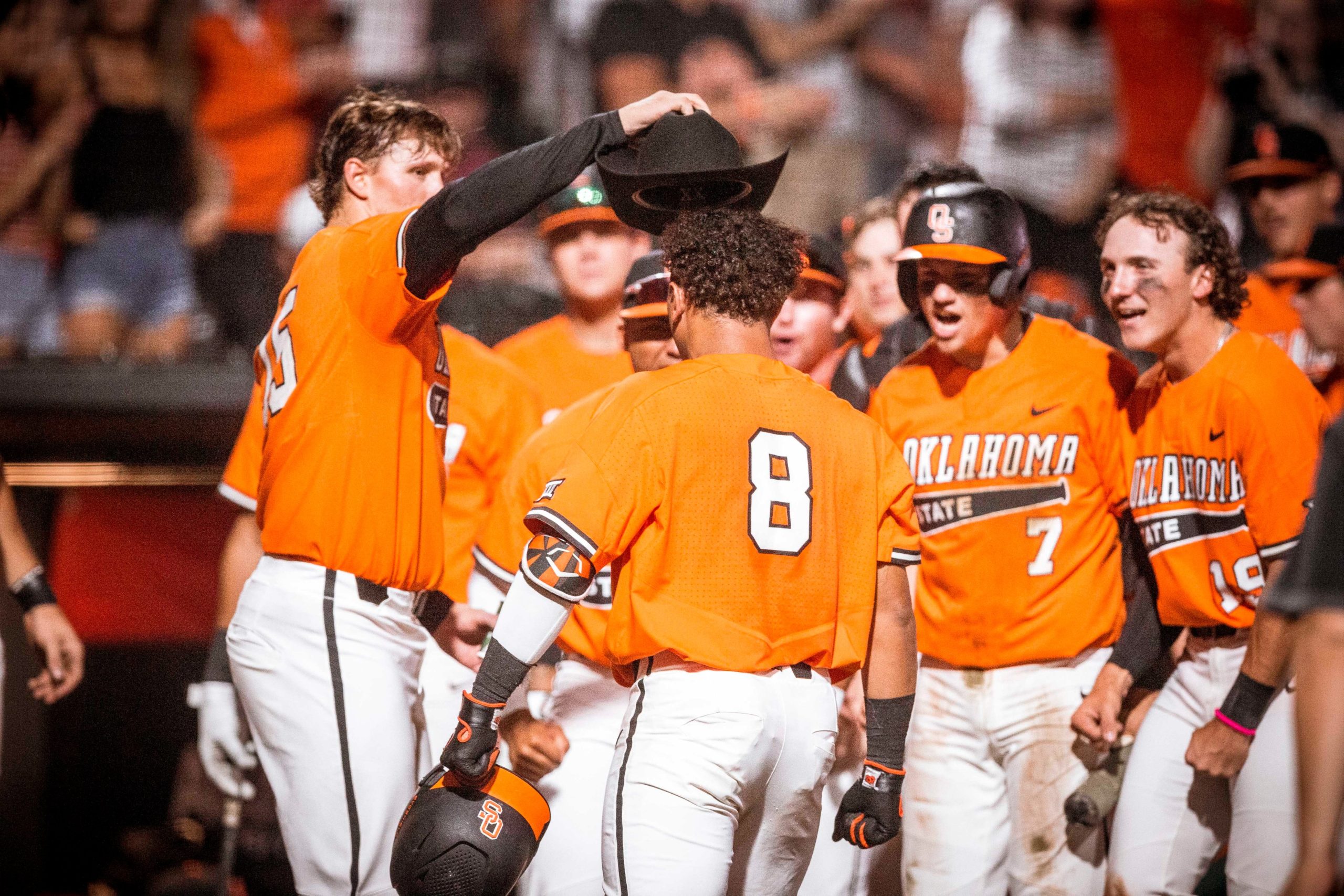 From all signs, it appears that we’ll have baseball on Friday.

The Cowboys came into Thursday white-hot, but facing a short turnaround, after topping the Sooners 9-5 late Wednesday night (and into Thursday morning) in their Big 12 Tournament opener. But thanks to mother nature, the Pokes get a little more time to prep for their next opponent. Hopefully heavy rains won’t dampen the Cowboys’ bats en fuego.

The Cowboys and Mountaineers are now scheduled to face off in Bricktown on Friday at 4 p.m. for a chance to move on the bracket.

OSU was originally scheduled to face 8-seeded West Virginia, fresh off its upset of top-ranked Texas, on Thursday at 7:30 p.m. but severe weather in the metro area shut down the festivities inside Chicksaw Bricktown Ballpark.

Fortunately, Friday looks like a nice day for a trip to the park. As of the time of this writing, the National Weather Service is calling for a cloudy, but clear, 70 degrees when the Cowboys’ game commences.

This change moves OSU-WVU from Session 5 to Session 6. If you had Session 5 tickets and want to see the Cowboys in-person on Friday, you can exchange your tickets at the ticket office, according to a release from the Big 12.