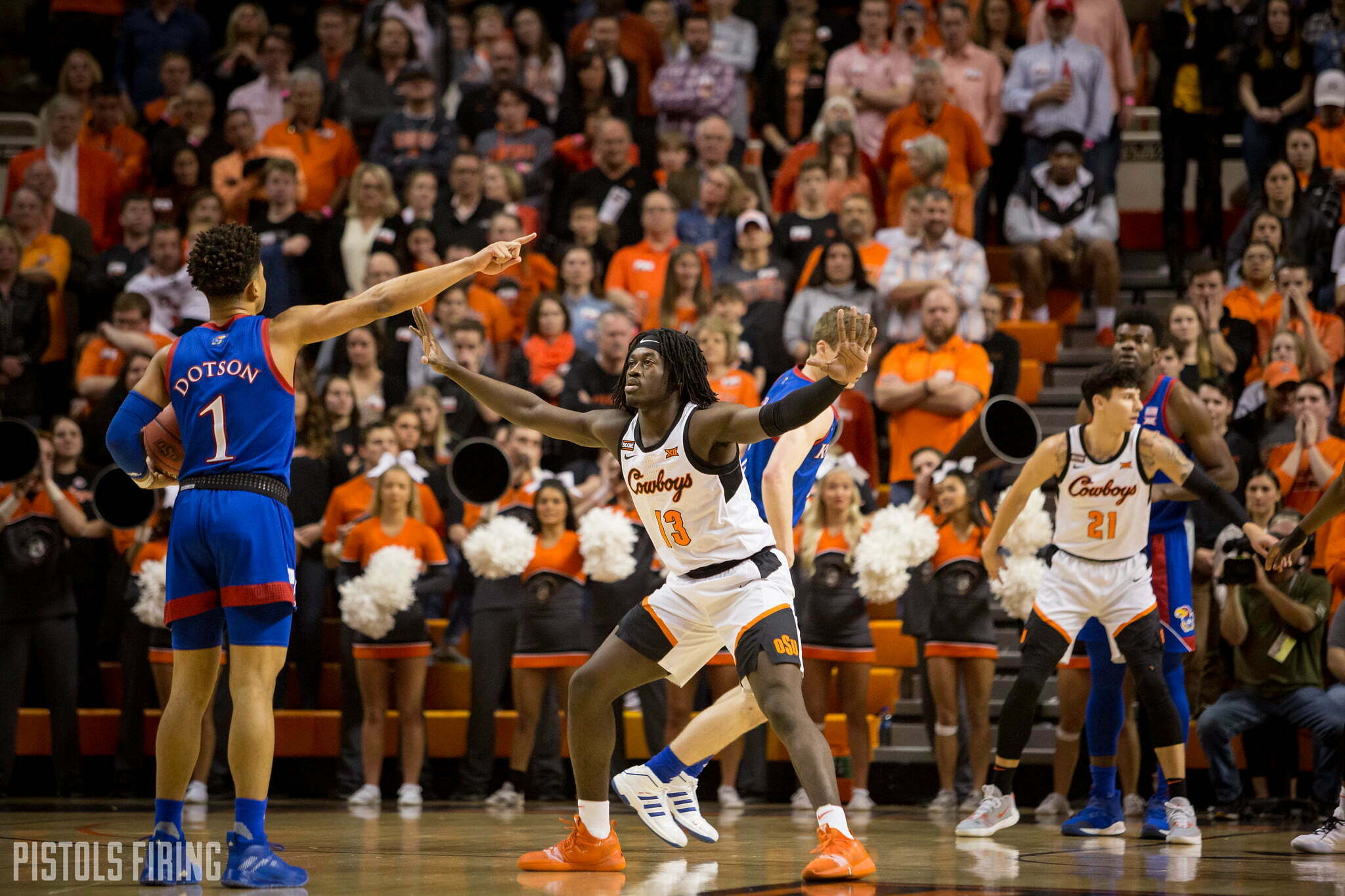 The Cowboys won’t get a shot to make a Big 12 Tournament run worthy of an NCAA Tournament bid.

Shortly before Thursday’s Big 12 Tournament game between Texas Tech and Texas, the conference announced the decision to cancel the remaining games of the tournament because of the COVID-19 outbreak. The decision comes after it was announced yesterday that attendance to Thursday’s games (and beyond) would be limited. Tech and Texas had to be pulled off the floor as they were warming up for the 11:30 a.m. tip.

“After consultation with our Board of Directors it was decided that cancelling these championships was in the best interest of the health and safety of our student-athletes,” said Commissioner Bob Bowlsby in a release.

The @Big12Conference has announced the immediate suspension of all Conference championships until April 15, resulting in the cancellation of the Phillips 66 Big 12 Basketball Championships.

Conducting future Big 12 championships this season will be evaluated by April 15. pic.twitter.com/HIGxfSrlLn

Event cancellations have ramped up the past 24 hours, with the most notable being the NBA suspending its season after Utah Jazz center Rudy Gobert tested positive for COVID-19. Since, Gobert’s teammate Donovan Mitchell also tested positive while in Oklahoma City. Almost all college conferences are shutting their tournaments down, too.

Oklahoma State and Iowa State kicked off the Big 12 Tournament on Wednesday night (with fans in attendance). Isaac Likekele scored a late winner to send the Cowboys into a would-be game with Kansas before the cancellation.

Depending on what other events get shut down, this could end the careers of seniors Cameron McGriff, Lindy Waters and Thomas Dziagwa. OSU was set for an NIT bid at the least. As of Wednesday, the NIT will still happen without fans in the stands, but things are changing quickly.