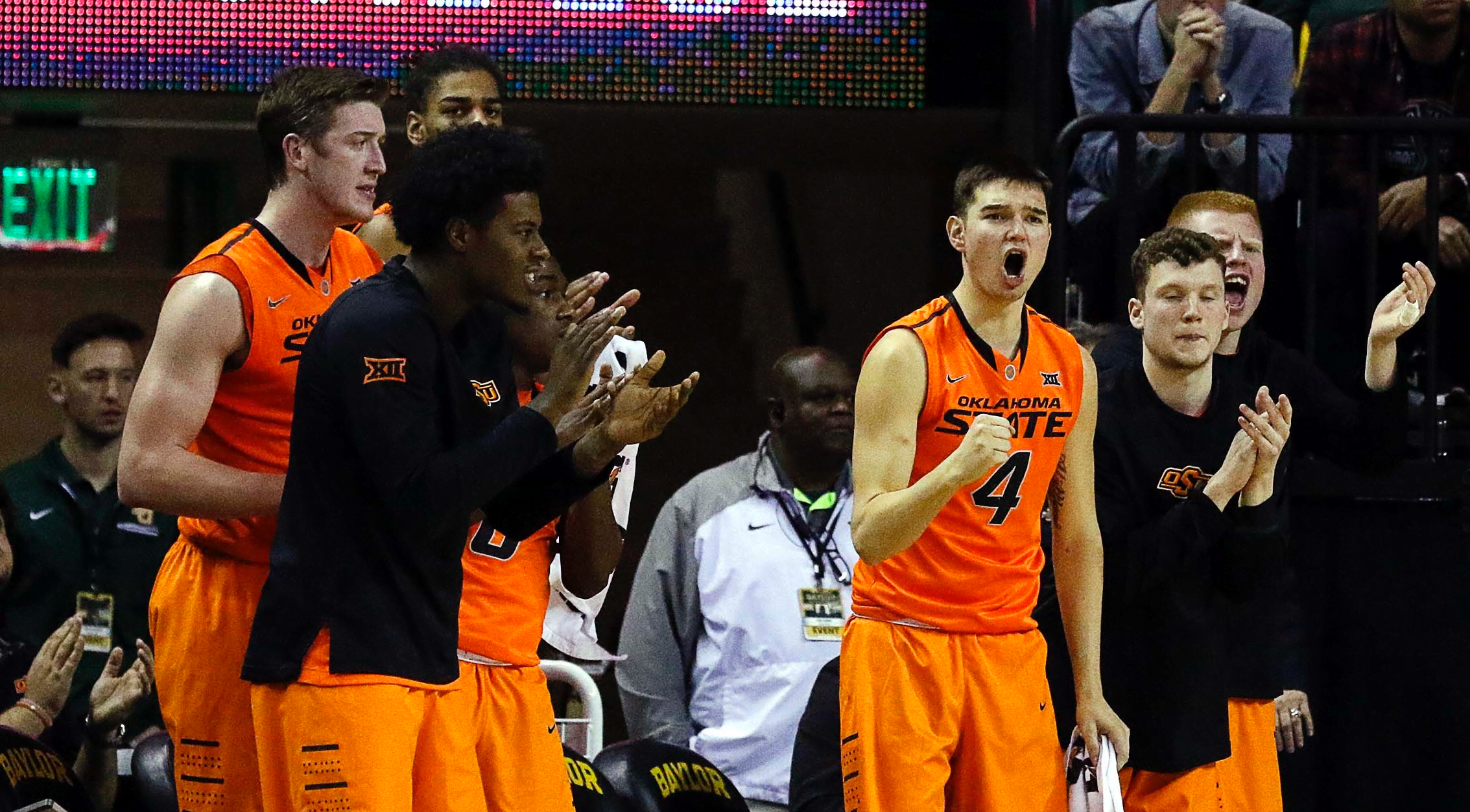 Oklahoma State battled to the bitter end on Saturday night, losing 61-57 to the undefeated and now No. 1 team in the country, the Baylor Bears. After the close defeat, the Cowboys now sit at 0-3 and are tied for last place in the Big 12 basement with Oklahoma.

It’s been a bit of a rude awakening for Brad Underwood’s Cowboys, who went an impressive 10-2 in non-conference play, including wins over Connecticut, Georgetown, at Tulsa and at Wichita State, in addition to taking Maryland down to the wire on the road.

However, all is not lost, and the Big 12 is absurdly strong this year, which will bode well for OSU March rolls around and it’s time to compare resumes for an NCAA Tournament bid.

The Big 12 boasts a ridiculous eight (!) teams in the top 37 of KenPom’s rankings, and the Cowboys still sit at no. 32, despite the 0-3 conference start. No really, 80 percent of the conference are top 40 teams in the country (in case you were wondering, Oklahoma is at 75 and Texas is at 79).

There won’t be a single easy game for Oklahoma State in the Big 12, but with a great challenge comes great opportunity. The Cowboys will have a chance to beat at least one potential NCAA tournament almost every week, as they build their March resume. In fact, the Cowboys will play 13 more games in the regular season against likely tournament teams that currently rank in the top 42 in the KenPom rankings.

Will they catch Kansas, West Virginia or Baylor? Nope. But they still have plenty of time to jump back into the middle of the pack in the Big 12, which will be more than enough for a tourney bid in year one for Underwood. After three conference wins last year, I think any OSU hoops fan would take that outcome this season.

Oklahoma State needs a win in the worst way on Wednesday against Iowa State at Gallagher-Iba, especially with a trip to Lawrence to face Kansas in Allen Fieldhouse looms on Saturday. However; the Cowboys can beat Iowa State and even with a loss to Kansas, they will sit at 1-4 in Big 12 play, with trips to Kansas and Baylor already out of the way, along with West Virginia at home.

After Saturday at Kansas, the January schedule lightens up considerably:

Those are five winnable games in a row, including four against teams that would be NCAA tournament teams if the season ended today. Oklahoma State can still get this ship righted, but it needs to start on Wednesday night in GIA against the Iowa State Cyclones.