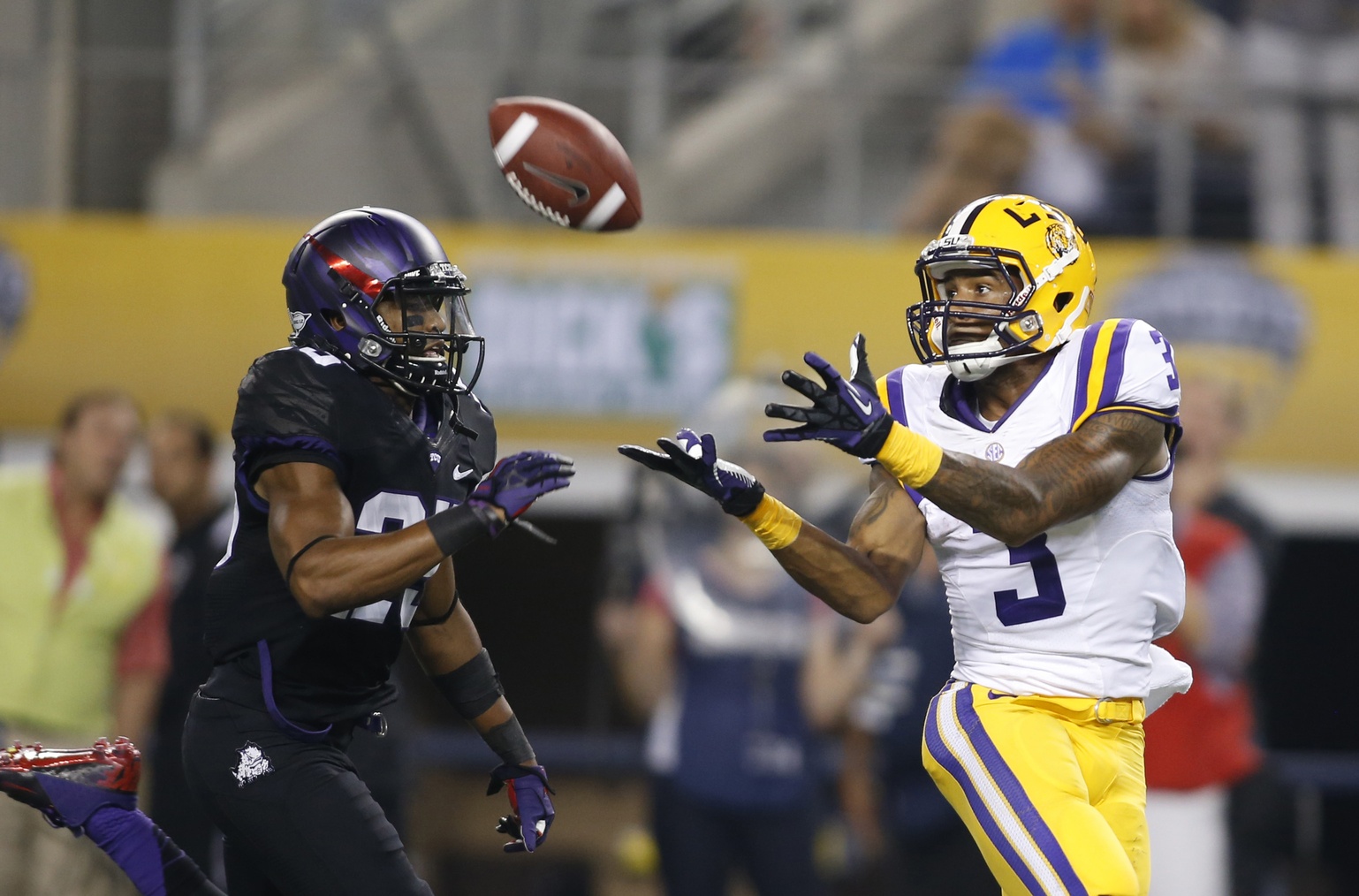 It was a pretty eventful first three days of play for Big 12 teams. From Bill Snyder’s nightmare in Manhattan to Baylor possibly ending Wofford’s football program for the year, here are my five favorite things about the Big 12 every week (this may or may not include OSU stuff every week).

1. TCU’s uniforms — Now THAT is how you rock a uniform. The red accent on the gloves, cleats, and helmets is absolutely magnificent. My only complaint is not having white names on the back but everything else? Money.[1. I would like to recant my preseason criticism of the love thrown at TCU’s threads. These things are spectacular.]

2. Kliff Gosling — Real conversation I had with my wife on Friday night…

Me [watching Kingsbury get off the team bus]: Ryan Gosling’s at the Texas Tech game!
Her: Oh my, what’s he doing there?
Me: That’s actually their coach.
Her: Who?
Me: Texas Tech.
Her: SIGN ME UP!

I love him as well. I love the long sleeves, the shades, the no-plays playbook, all of it. He’s like Gundy but, you know, actually an offensive genius. Tech won’t win the conference this year but I’m terrified of the 2016 version of them already.

3. Baylor’s O — I’m officially worried. There are zero offensive categories they won’t lead the Big 12 in this season and Bryce Petty looks like the real deal (I know it was Wofford). Texas’ board of regents are talking to specialists in framing people for crimes..

4. Kansas not playing — Take Week 1 off and move up to 7th in the standings. They should try to schedule all three bye weeks at the beginning of the year — they might be ranked before ever playing!

5. Texas — I got a number of “WE TOLD YOU!” tweets after they went down 7-0 to New Mexico State. Didn’t get many after they put up 56 in a row. Daje Johnson is the real deal.

278. This lack of offense thing — I know the 2007-2009 era wasn’t all that fun for Oklahoma State fans what with Chase Daniel, Colt McCoy, and Sammy B. slinging it around, but those were classic Big 12 teams. Now we have a bunch of running QBs, no potentially historic offense outside of Baylor, and likely nobody in the top 55 of the 2013 Heisman race. None of this matters, of course, because football is a team sport, but as a consumer of the Big 12 I have to say it bums me out a little bit.